LUCKY SEVERSON: The U.S. Conference of Catholic Bishops announced the names of eight additional members of its lay review board, established to monitor the Church’s handling of clergy sexual abuse. The board, headed by Oklahoma Governor Frank Keating, now numbers 12, with one additional member expected to be named. This past week, another lay group which came out of the crisis held its first national convention. Voice of the Faithful began in the Archdiocese of Boston, the epicenter of the scandal. Now the movement is spreading across the country.

Organizers say Catholics came from 36 states and 7 countries for a day of prayer and support for victims of sexual abuse. 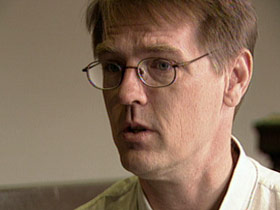 DAVID CLOHESSY (President, Survivors Network (SNAP)): They’re not saying it’s all been fixed in Dallas. They’re saying we’re here for the long haul. And we know it’s a systemic problem. And we know lay involvement is critical to the answer.

SEVERSON: The group started just 5 months ago in a church basement. Now they claim 19,000 members.

Their goals include supporting priests of integrity and more lay participation in the governance of the Catholic Church. Liberal and conservative viewpoints are welcome, though few conservatives have joined.

RUSSELL SHAW (Journalist, OUR SUNDAY VISITOR): The reality is, unfortunately, that Catholic liberals and Catholic conservatives do view and approach one another these days with a high degree of suspicion.

SEVERSON: The group plans to report on each bishop’s compliance with the Dallas charter. It’s also creating a computer database listing abusive priests. And it’s establishing a fund to support Church programs but stipulating how the money will be used. The Archdiocese of Boston has said they won’t accept the group’s funds because it undermines the authority of Cardinal Law. But one group, Catholic Charities, said they might accept the money. 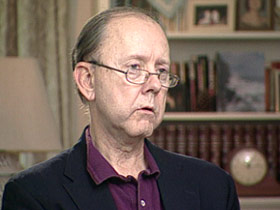 SHAW: All you can do is express regret that it’s come to this point where, well, charitable contributions to help poor people become kind of a football in a game or power struggle.

SEVERSON: The archdiocese supports ongoing dialogue with Voice of the Faithful but has been reluctant to share decision-making authority.

SHAW: Changes in this area are possible, constructive, positive changes, but they will take time.

SEVERSON: Observers say Voice of the Faithful has a chance to make a positive change if it maintains a middle ground on political issues within the Church.

SHAW: I believe there’s sufficient goodwill out there on the side of the hierarchy that it’s possible to pull it off. Not a sure thing at all, but it’s possible.