PBS Takes Viewers Around The World For Another Summer of Adventure 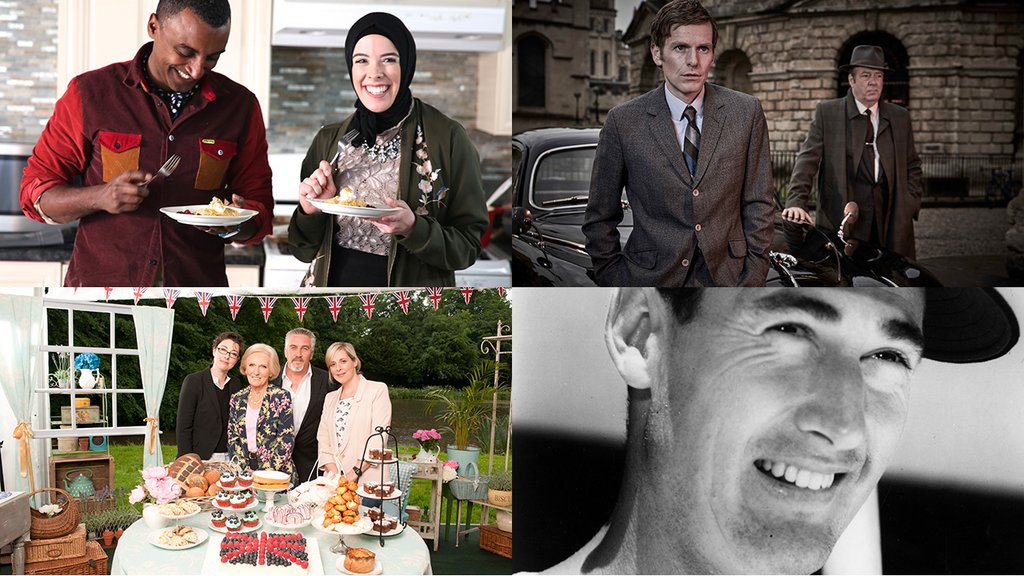 PBS Takes Viewers Around The World For Another Summer of Adventure

THE GREAT BRITISH BAKING SHOW Never Before Aired in the U.S. –

ARLINGTON, VA; April 17, 2018 — This summer, the adventure continues as PBS presents a lineup of programs that take viewers to some of the most remarkable destinations in the U.S. and abroad, from touring the vibrant immigrant communities in American cities with Chef Marcus Samuelsson in NO PASSPORT REQUIRED (Tuesdays, July 10-August 14) to climbing to the top of the Rocky Mountains, the Himalayas and the Andes in KINGDOMS OF THE SKY (Wednesdays, July 11-25).  In addition, viewers will visit places where human survival is pushed to the limits in EARTH’S NATURAL WONDERS (Wednesdays, July 11-25) and journey to the outer regions of the remote Australian wilderness in THE OUTBACK (Wednesdays, August 1-15). As if that weren’t enough, audiences will explore streets, monuments and modern marvels in 10 THAT CHANGED AMERICA (Tuesdays, July 10-24) and journey deep into the depths of Mexico’s tropical rainforests in WONDERS OF MEXICO (Wednesdays, August 1-15).  Learn more about PBS Summer of Adventure here and watch a clip here.

In honor of the centennial of Baseball Hall of Famer Ted Williams, AMERICAN MASTERS presents a new biography of the Boston Red Sox player who may have been the greatest hitter who ever lived. In partnership with Major League Baseball, the documentary not only reveals Williams’ complicated relationships with family and friends, but also explores the impact he has had on the current generation of MLB stars (Monday, July 23).

Drama brightens summer Sunday nights with the fifth season of “Endeavour” on MASTERPIECE (Sundays, June 24-July 29), and “Man in an Orange Shirt,” a MASTERPIECE drama starring Vanessa Redgrave, airing during Pride Month (Sunday, June 17), while fan favorite THE TUNNEL returns for its final season (Sundays, July 1-August 5).  And what would summer be without THE GREAT BRITISH BAKING SHOW? PBS presents original judges Mary Berry and Paul Hollywood in a season never before seen in the U.S. The beloved judges test the culinary prowess of Britain’s best amateur bakers with classic challenges (Fridays, June 22-August 17).

Summer also brings the return of the BBC co-production CIVILIZATIONS, with four additional episodes that explore the power of art from past to present (Tuesdays, June 12-July 3).

Please check full listings below. For more information on all programs, visit pressroom.pbs.org.

Explore the power of art from the earliest civilizations to the present, for the first time on a global scale. The series reveals the role art and the creative imagination have played in the forging of humanity, and introduces new generations to works of beauty, ingenuity and illumination.

Explore one of humanity’s deepest artistic urges: the depiction of nature.

Explore light and color in art—both in the search for greater realism and spiritual ecstasy.

Examine the rise and fall of “progress” as an ideology.

Explore art in the age of revolution, war and profound scientific change and consider the question: should art create a separate realm, a place of escape, or should it plunge into the chaos, transforming the way we see and live in the world?

In a season never before seen in the U.S., join original judges Mary Berry and Paul Hollywood as twelve bakers don their aprons and head for the iconic tent in the heart of the British countryside. With 30 new challenges, each episode will test their baking prowess, creativity and skill in a bid to find the UK’s best amateur baker.

Join internationally renowned chef Marcus Samuelsson as he celebrates America’s cultural and culinary diversity. In this new six-part series in partnership with Eater, Samuelsson invites viewers along as he visits under-explored parts of American cities to showcase the people, places and unique flavors of immigrant communities.

SERIES PREMIERE: KINGDOMS OF THE SKY

In a landmark three-part series made in conjunction with the BBC, these programs reveal the extraordinary wildlife and remarkable people who live and thrive among the peaks of three of the most iconic mountain ranges of the world: the Rockies, Andes and the Himalayas.

Explore the lives and creative journeys of America’s most enduring artistic and cultural giants. With insight and originality, the series illuminates the extraordinary variety of our nation’s landscape, heritage and traditions.

Discover the many sides of Baseball Hall of Famer and Boston Red Sox player Ted Williams, including his complex relationships with his family, press and fans and his feelings about his Mexican-American background. Features Bob Costas, Wade Boggs, Roger Angell and Joey Votto. Narrated by Jon Hamm.

For more than 45 years, MASTERPIECE has enthralled audiences with period and modern British dramas and mysteries, interpreted by the world’s foremost actors. Iconic titles from the series include “Downton Abbey,” “Sherlock,” “Poldark,” “Wolf Hall,” “Endeavour” and ”Victoria.”

Shaun Evans returns for a fifth season of the popular series as the young Endeavour Morse, before his signature red Jaguar but with his deductive powers already running in high gear. Roger Allam also returns as Endeavour’s mentor, DI Fred Thursday, for more crime-solving in 1960s Oxford.

The award-winning POV (a cinema term for “point of view”) series is the longest-running showcase on television to feature the work of America’s best contemporary-issue independent filmmakers.

An intimate film captures eight years in the life of a black family from Philadelphia. Follow Christopher "Quest" Rainey, and his wife, Christine'a "Ma Quest," as they raise a family and nurture a community of hip-hop artists.

This continuing series is television’s longest-running performing arts anthology and features the best in music, dance and theater.

“Ellis Island: The Dream of America with Pacific Symphony”

Elise (Clémence Poésy) and Karl (Stephen Dillane) take on a toxic and terrifying duo whose mutual defining quality is an existential death wish. When the question posed by the couple — what is a life worth? — is directed straight back at Karl, he is forced to confront an utterly impossible choice.

On July 4, America’s national Independence Day celebration kicks off the festivities for our country’s 242nd birthday with a star-spangled party and all-star salute. Hosted by John Stamos, A CAPITOL FOURTH airs live from the West Lawn of the U.S. Capitol before an audience of hundreds of thousands, millions at home and to our troops around the world via American Forces Network.

Host Geoffrey Baer takes viewers across the country to the legendary streets, monuments and modern marvels that changed America.

Earth’s natural wonders are parts of the natural world that nature has carved on such a scale that they defy belief. For humans, survival within these extraordinary places can pose great challenges, yet human ingenuity makes this possible.

SERIES PREMIERE: KINGDOMS OF THE SKY

Over the course of a year, journey with the people and animals of Australia’s Kimberley region in North West Australia: a vast, rugged and remote wilderness, bursting with character.

Travel south along Mexico’s mountain spine, explore the tropical forests of the Maya and journey across the deserts of Northern Mexico to discover its amazing wildlife and culture.

Explore one of the greatest knowledge institutions in the world. The New York Public Library is a place of welcome, cultural exchange and learning. With 92 locations, the library is committed to advancing knowledge and strengthening communities. A film by Frederick Wiseman.