Ozone Hole: How We Saved the Planet

ARLINGTON, VA; MARCH 27, 2019 -- In the 1980s, the planet was in grave danger, not from global warming but from a giant hole in the ozone layer, an atmospheric layer that absorbs most of the sun’s harmful ultraviolet light. The cause? Scientists concluded it was seemingly benign industrial chemicals called CFCs that were used in everyday products from hairspray to deodorant. If continued unchecked, the world faced a perilous future — one in which humans would be forced to hide from daylight due to the harmful unfiltered UV radiation, and one where agriculture and entire ecosystems would collapse. OZONE HOLE: HOW WE SAVED THE PLANET tells the incredible true story of how scientists, world leaders and two of the most unlikely eco-warriors — Ronald Reagan and Margaret Thatcher —  successfully worked together to prevent an environmental catastrophe. The result was a history-changing treaty that just may have saved the world. OZONE HOLE premieres on Wednesday, April 10, 2019, 10:00-11:00 p.m. ET (check local listings) on PBS, PBS.org and the PBS Video App.

The story begins in the 1920s, when a brilliant chemist, Thomas Midgley Jr., unwittingly developed a chemical that would threaten all life on Earth: chlorofluorocarbons — CFCs — non-toxic refrigerant gases that could be used to make safe refrigerators. CFCs, sold under the brand name Freon, proved to be such useful chemicals that they soon appeared in all kinds of products: air conditioners, aerosol sprays, solvents for cleaning circuit boards, even inhalers for asthmatics.

But in the 1960s, British scientist James Lovelock began to notice high levels of CFCs in the atmosphere. And a decade later, chemists Sherwood Rowland and Mario Molina discovered that these seemingly innocent CFCs were actually destroying the ozone layer at a terrifying rate. Featuring interviews with several of the scientists whose work helped raise the alarm, OZONE HOLE chronicles their efforts to be taken seriously by the government and by the chemical company officials whose buy-in was required to stop the production of the offending chemicals and ward off the disaster. They enlisted the help of the media, and the issue gained national attention in October 1974, when the popular sitcom “All in the Family” aired an episode about the threat of CFCs — an episode the aerosol industry later credited as their death knell.

The film includes the voice of former EPA administrator Lee Thomas, who describes the work that had to be done to convince the Reagan administration that CFCs presented a genuine threat. George Shultz, President Reagan’s Secretary of State, recalls how the President, a skin cancer survivor who understood the danger of unfiltered UV rays, eventually agreed that an international treaty to phase out the production of CFCs would be a sensible insurance policy. In September 1987, with the U.S. leading the way, more than 30 countries agreed to cut the use of CFCs and signed the Montreal Protocol, the world’s first-ever global treaty to reduce pollution.

Three years later, Margaret Thatcher — a chemist by trade — urged the world’s nations to support the Montreal Protocol so that CFCs could be phased out entirely and new ozone-friendly technologies be adopted in both developed and developing nations. It worked. Today, the ozone hole is showing signs of recovery, and scientists predict that it will recover completely by 2065.

OZONE HOLE: HOW WE SAVED THE PLANET is written and directed by Jamie Lochhead and executive produced by David Dugan. The film is edited by Justin Badger and produced by Charlotte Hunt-Grubbe. Also featured are scientists Susan Solomon, Jonathan Shanklin, Bob Watson (NASA), Paul Newman (NASA), Mack McFarland (DuPont) and others. Produced by Windfall Films for PBS in association with Channel 4 and CIFF.

OZONE HOLE: HOW WE SAVED THE PLANET is available for streaming simultaneously on all station-branded PBS platforms, including PBS.org and the PBS Video App, which is available on iOS, Android, Roku, Apple TV, Amazon Fire TV and Chromecast. PBS station members can view this film via Passport (contact your local PBS station for details). 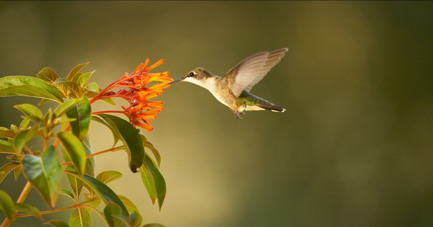