PBS Presents The Mueller Report, a Special Collaboration from FRONTLINE and PBS NewsHour

ARLINGTON, VA & BOSTON, MA; MARCH 25, 2019 – In response to conclusions from Special Counsel Robert Mueller’s report on Russian interference in the 2016 presidential election, PBS presents The Mueller Report, a collaboration from FRONTLINE and PBS NewsHour, airing on Monday, March 25 on PBS at 8pm EST/ 7pm CST; PBS.org/frontline and PBS.org/NewsHour; the PBS Video App; and on NewsHour’s YouTube, Facebook and Twitter. The 90-minute special is a comprehensive review and analysis of what we know about Mueller’s findings, how we, as a nation, got to this moment and where we are likely to go from here.

“At this important moment for our nation, Americans rely on PBS and our nearly 350 members stations for fair and reliable reporting,” says Perry Simon, Chief Programming Executive and General Manager, PBS. “The historical context of Robert Mueller’s investigation provided by FRONTLINE coupled with the clear-eyed analysis from PBS NewsHour will provide our viewers with trustworthy insights and perspectives from our unparalleled news teams.”

“FRONTLINE and PBS NewsHour have done extensive reporting on this administration as well as the Mueller investigation,” says FRONTLINE executive producer Raney Aronson-Rath. “This special broadcast is a great opportunity for us to partner with our colleagues at PBS NewsHour in a special report for the first time and collectively benefit from what we each do best.”

PBS NewsHour executive producer and WETA senior vice president Sara Just added, “As the country seeks understanding and clarity, this joint PBS NewsHour-FRONTLINE collaboration will provide just that, while leaning on the strengths of both of our programs.”

The FRONTLINE reporting draws on in-depth interviews with senior law enforcement officials, Trump insiders, attorneys, authors and journalists to chronicle the President’s unprecedented battle with the special counsel, the FBI, the Department of Justice and even his own attorney general.

Following FRONTLINE’s documentary, Woodruff anchors a live discussion and analysis of Mueller’s conclusions with in-studio guests including Gray, McCord, Miller, and Ray, offering insight into the report and what it means for the administration and the nation.

About FRONTLINE
FRONTLINE, U.S. television’s longest running investigative documentary series, explores the issues of our times through powerful storytelling. FRONTLINE has won every major journalism and broadcasting award, including 89 Emmy Awards and 20 Peabody Awards. Visit pbs.org/frontline and follow us on Twitter, Facebook, Instagram, YouTube, Tumblr and Google+ to learn more. FRONTLINE is produced by WGBH Boston and is broadcast nationwide on PBS. Funding for FRONTLINE is provided through the support of PBS viewers and by the Corporation for Public Broadcasting. Major funding for FRONTLINE is provided by the John D. and Catherine T. MacArthur Foundation and the Ford Foundation. Additional funding is provided by the Abrams Foundation, the Park Foundation, The John and Helen Glessner Family Trust, Heising-Simons Foundation, and the FRONTLINE Journalism Fund with major support from Jon and Jo Ann Hagler on behalf of the Jon L. Hagler Foundation. 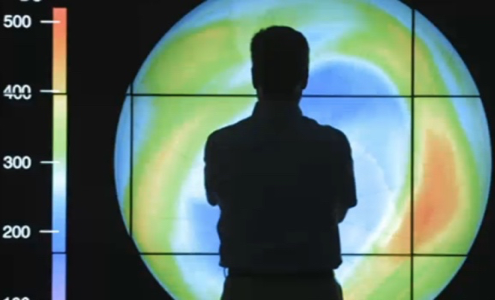