Arlington, VA, May 3, 2011 -- Masterminds and maestros — it’s a summer of mystery and music on PBS. On Sunday, June 19, MASTERPIECE MYSTERY! welcomes back super sleuths Poirot and Miss Marple with all-new episodes. Joining the gifted gumshoe line-up is Rufus Sewell as Aurelio Zen in the three-part miniseries, “Zen.” The HISTORY DETECTIVES crack all-new cases on a new night, Tuesdays, beginning June 21. Summer music fills the airwaves on PBS with all-new GREAT PERFORMANCES, including “Eric Clapton Crossroads Guitar Festival 3,” and A CAPITOL FOURTH featuring the legendary Little Richard and Broadway star Kelli O’Hara, among others. Many of these shows, including MASTERPIECE MYSTERY! and HISTORY DETECTIVES, are also available for viewing anytime, anywhere on PBS Video and on PBS’ iPad and iPhone Apps, available for free.

This July, PBS presents a two-hour AN AMERICAN FAMILY special comprised of filmmakers’ selections of scenes handpicked from the groundbreaking 1973 series, a cinema vérité production that followed the lives of the Loud family of Santa Barbara. The special premieres Thursday, July 7, 2011, 8:00-10:00 p.m. ET.

Who knows, you might uncover something new this summer with PBS…

“Zen” Sundays, July 17-31, 2011, 9:00-10:30 p.m. ET What does an honest cop do when his bosses are on the side of the lawbreakers? Outwitting prosecutors, politicians, mobsters, and run-of-the-mill kidnappers and killers, Detective Aurelio Zen brings justice to modern-day Italy, whether the authorities want it or not, on “Zen,” a trio of spellbinding cases based on the bestselling novels by Michael Dibdin.

HISTORY DETECTIVES  *NEW NIGHT* Tuesdays, premiering June 21, 2011, 8:00-9:00 p.m. ET  America’s top gumshoes are back to prove once again that an object found in an attic or backyard might be anything but ordinary. Wesley Cowan, independent appraiser and auctioneer; Gwendolyn Wright, historian and professor of architecture, Columbia University; Elyse Luray, independent appraiser and expert in art history; Dr. Eduardo Pagan, professor of history and American studies at Arizona State University; and Tukufu Zuberi, professor of sociology and the director of the Center for Africana Studies at the University of Pennsylvania, leave no stone unturned as they travel around the country to explore the stories behind local folklore, prominent figures and family legends.

A CAPITOL FOURTH 2011 Monday, July 4, 2011, 8:00-9:30 p.m. ET America’s biggest and brightest birthday party, A CAPITOL FOURTH, features unrivaled musical performances by some of the country’s best-known and award-winning musicians, including Little Richard and Kelli O’Hara, in performance with the National Symphony Orchestra live from the West Lawn of the U.S. Capitol.

GREAT PERFORMANCES “Rigoletto from Mantua”  Friday, July 15, 2011, 9:30 p.m.-12:00 a.m. ET (check local listings) From Andrea Andermann — producer of the acclaimed on-location productions of Tosca From Rome and La Traviata From Paris — comes a visually and musically spectacular production of Verdi’s Rigoletto, filmed in and around the Renaissance splendor of Mantua, Italy, in the places and hours specified in the libretto. Starring tenor Placido Domingo.

PBS, with its nearly 360 member stations, offers all Americans the opportunity to explore new ideas and new worlds through television and online content. Each month, PBS reaches 124 million people through television and 20 million people online, inviting them to experience the worlds of science, history, nature and public affairs; to hear diverse viewpoints; and to take front-row seats to world-class drama and performances. PBS’ broad array of programs has been consistently honored by the industry’s most coveted award competitions. Teachers of children from pre-K through 12th grade turn to PBS for digital content and services that help bring classroom lessons to life. PBS’ premier children’s TV programming and its website, pbskids.org, are parents’ and teachers’ most trusted partners in inspiring and nurturing curiosity and love of learning in children. More information about PBS is available at pbs.org, one of the leading dot-org websites on the Internet, or by following PBS on Twitter, Facebook or through our apps for mobile devices. Specific program information and updates for press are available at pbs.org/pressroom or by following PBSPressroom on Twitter. 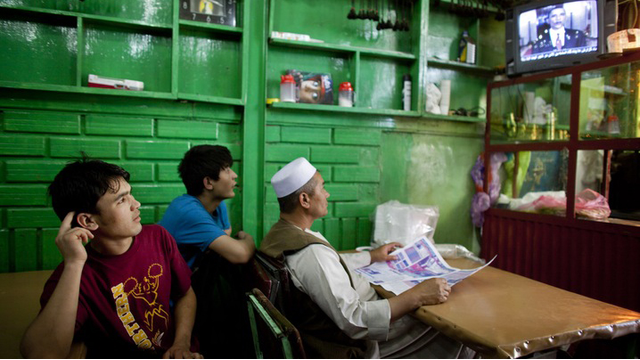