PBS Also Celebrates the Rich Diversity of America with Special History, Food and Culture Programming Throughout the First Quarter, Along with Holocaust Remembrance in January and Black History Month in February

The much-anticipated premiere of SANDITON ON MASTERPIECE is Sunday, January 12 at 9:00 p.m. ET. Experience Jane Austen’s last, fragmentary work, where entrepreneurs, love interests, legacy hunters, hypochondriacs and medical mountebanks come together at a struggling resort aiming to be the next fashionable playground in early 1800s England. PBS Passport subscribers will be able to binge the entire eight-episode series starting the night of the premiere.

January also features the start of two more new series on PBS: HOWARDS END ON MASTERPIECE (Sundays, January 12-February 2, 8:00 p.m. ET) and VIENNA BLOOD (Sundays, January 19-February 23, 10:00 p.m. ET). In HOWARDS END, meet two independent and unconventional sisters and the men in their lives as they seek love and meaning while navigating an ever-changing world. VIENNA BLOOD follows a student of Sigmund Freud and an Austrian detective as they team up to solve some of the most mysterious and deadly cases in early 1900s Vienna.

Discover the unknown with explorer and naturalist Steve Backshall in EXPEDITION WITH STEVE BACKSHALL (premieres Wednesday, January 15, 10:00 p.m. ET) as he ventures into uncharted territory in pursuit of new discoveries and “World Firsts.” In this 10-episode series, Backshall takes on extreme physical challenges, encounters extraordinary wildlife and meets remarkable people. From freediving in underground river systems and descending deep into the caves of the Maya underworld to kayaking Himalayan whitewater and scaling unclimbed Arctic peaks, these expeditions push Backshall and his team to the limit. This adventure series journeys into the unknown to shine a light on places that have been dark for millions of years.

The new three-episode series EARTH’S SACRED WONDERS (Wednesdays, March 25-April 8, 10:00 p.m. ET) takes viewers on an amazing journey to some of the greatest spiritual buildings and places of worship, revealing the scale, ingenuity and faith embodied by the world’s most remarkable religious sites. The entire season will be available for early release in PBS Passport beginning November 30, 2019, ahead of its broadcast premiere.

Throughout winter, PBS’s themed programming will shine a light on the rich diversity of America’s culture, food and history. Discover the mysteries, surprises and revelations hidden in family trees with Dr. Henry Louis Gates, Jr. in the sixth season of FINDING YOUR ROOTS (Tuesdays, January 7-February 25, 8:00 p.m. ET). Get a delicious taste of immigrant traditions and cuisines woven into our nation's food and culture with chef Marcus Samuelsson as he visits six different cities in NO PASSPORT REQUIRED (Mondays, January 20-February 17, 9:00 p.m. ET) and take a culinary journey through the American South with Chef Vivian Howard in SOMEWHERE SOUTH (Fridays, March 27–April 24, 9:00 p.m. ET). THE INN AT LITTLE WASHINGTON: A DELICIOUS DOCUMENTARY (Friday, March 27, 10:00 p.m. ET) follows self-taught chef Patrick O’Connell as he chases a third Michelin star, and FOOD. ROOTS. PHILIPPINES travels with restauranteur Billy Dec to his mother’s native Philippines in search of the recipes of his ancestors (DATE TBD). Delve into the history of the forgotten heroes who fought for food safety at the turn of the 20th century in AMERICAN EXPERIENCE “The Poison Squad” (Tuesday, February 4, 9:00 p.m. ET).

In preparation for International Holocaust Remembrance Day and the 75th anniversary of the Auschwitz liberation, PBS dedicates Tuesday, January 21 to celebrating Jewish heritage and exploring the questions surrounding the possibility of bombing Auschwitz. In FINDING YOUR ROOTS “Beyond the Pale” (8:00 p.m. ET), Henry Louis Gates, Jr. explores the Jewish heritages of actor Jeff Goldblum, radio host Terry Gross and comedian Marc Maron. Then, SECRETS OF THE DEAD “Bombing Auschwitz” (9:00 p.m. ET) follows historians, survivors and experts as they consider one of the great moral dilemmas of the 20th century: Should the Allies have risked killing Auschwitz prisoners and bombed the camp to stop future atrocities?

In “The Amazon Empire (w.t.)” (Tuesday, February 18, 9:00 p.m. ET), FRONTLINE investigates how Amazon founder Jeff Bezos executed a plan to build one of the most influential economic and cultural forces in the world. With interviews of current and former insiders, as well as regulators and critics, this two-hour film will raise important questions about Jeff Bezos and the empire he built.

In recognition of Black History Month in February, PBS will highlight programming that shines a light on racial issues and African American history. INDEPENDENT LENS “Cooked: Survival by Zip Code” premieres Monday, February 10 at 10:00 p.m. ET.  The effects of the July 1995 Chicago heat wave claimed the lives of more than 700 mostly poor, elderly and African American residents. This story of life, death and the politics of crisis in an American city reveals the less newsworthy but long-term issues of pernicious poverty, social isolation and racism. FINDING YOUR ROOTS “Slave Trade” (Tuesday, February 11, 8:00 p.m. ET) follows Henry Louis Gates, Jr. as he takes film director Ava DuVernay, actor S. Epatha Merkerson and musician Questlove to the unexpected places where their ancestors were scattered by slavery. The Grammy-nominated AMERICAN MASTERS “Miles Davis: Birth of the Cool” (Tuesday, February 25, 9:00 p.m. ET) boasts never-before-seen footage of the legendary musician, including studio outtakes from recording sessions, rare photos and new interviews.  INDEPENDENT LENS “Always in Season” (Monday, February 24, 10:00 p.m. ET) follows the tragedy of African American teenager Lennon Lacy, who in August 2014 was found hanging from a swing set in Bladenboro, N.C. His death was ruled a suicide, but Lennon’s mother, Claudia, believes her son was lynched. Claudia’s fight for justice intersects with other communities striving to acknowledge the victims of lynching, repair the damage and achieve reconciliation.

NOVA returns Wednesday, February 5 at 8:00 p.m. ET with “Polar Extremes,” in which renowned paleontologist Kirk Johnson takes an epic journey through time at the polar extremes of the planet. Following a trail of fossils found in all the wrong places – beech trees in Antarctica, redwoods and hippo-like mammals in the Arctic – NOVA uncovers the bizarre history of the poles, from miles-thick ice sheets to warm polar forests teeming with life.

The wait is over for fans of CALL THE MIDWIFE with the ninth season premiere on Sunday, March 29 at 8:00 p.m. ET. Opening with the funeral of Winston Churchill in January 1965, CALL THE MIDWIFE continues with Nonnatus House entering a bold and innovative era. The familiar team of medics and midwives faces unexpected challenges as the population shifts, rules change and old diseases come back to haunt them. Alongside the joy and optimism of birth, they must cope with cases including diphtheria, drug abuse, cancer, tuberculosis and fistula. Meanwhile, their own experiences are fueled by love, loss and doubt — and the very fabric of their lives is jeopardized when Nonnatus itself comes under threat of demolition.

In an all-new episode of the popular natural history program, NATURE “The Mighty Weasel” (Wednesday, February 19, 8:00 p.m. ET) follow the adventures of a first-time Stoat mom raising her kits and a tiny orphan weasel named Twiz on her journey back to the world. The weasel family is often associated with unsavory behavior, but do these critters deserve this bad reputation?

Another highly-anticipated new episode of a fan favorite series is INDEPENDENT LENS “One Child Nation,” premiering Monday, March 30 at 10:00 p.m. ET. China's one-child policy, the extreme population control measure that made it illegal for couples to have more than one child, may have ended in 2015, but the process of dealing with the trauma of its brutal enforcement is only just beginning. Inspired by the birth of her first child, filmmaker Nanfu Wang returned to China to speak with her own mother and brother and explore the ripple effect of this devastating social experiment. “One Child Nation” uncovers one shocking human rights violation after another — from abandoned newborns, to forced sterilizations and abortions, to government abductions.

PBS continues its tradition of enlightening documentary programming on Tuesday, March 24 at 8:00 p.m. ET with the premiere of EAST LAKE MEADOWS: A PUBLIC HOUSING STORY, a new film by Sarah Burns and David McMahon and executive produced by Ken Burns. In 1970, the Atlanta Housing Authority opened a public housing community called East Lake Meadows on the edge of the city. But as public housing in America was abandoned and stigmatized, and a crack wave swept through the neighborhood, East Lake Meadows became nearly uninhabitable. In the mid-1990s, Atlanta bulldozed the housing project to make way for new, mixed-income housing. Through the stories of former residents, EAST LAKE MEADOWS raises critical questions about concentrated poverty and limited housing opportunity for African Americans, and what can be done to address it.

In the groundbreaking new series NIALL FERGUSON’S NETWORLD, which premieres Tuesday, March 17 at 8:00 p.m. ET, host Niall Ferguson visits network theorists, social scientists, and data analysts to explore the history of social networks. From the Reformation and 17th century witch-hunting, through the American Revolution to the nightmare visions of Orwell’s 1984, Ferguson explores the intersection of social media, technology and the spread of cultural movements. Reviewing classic experiments and cutting-edge research, Ferguson demonstrates how human behavior, disruptive technology and the profit motive can energize ideas and communication, and then change the world. The series is based on Ferguson’s bestselling book The Square and the Tower.

PBS winter programming will be available for streaming concurrent with broadcast on all station-branded PBS platforms, including PBS.org and the PBS Video App, available on iOS, Android, Roku, Apple TV, Amazon Fire TV and Chromecast. PBS station members can view many episodes via Passport (contact your local PBS station for details).

EDITOR’S NOTE: For images, screeners and additional up-to-date information on this and other PBS programs, visit PBS PressRoom at pbs.org/pressroom. 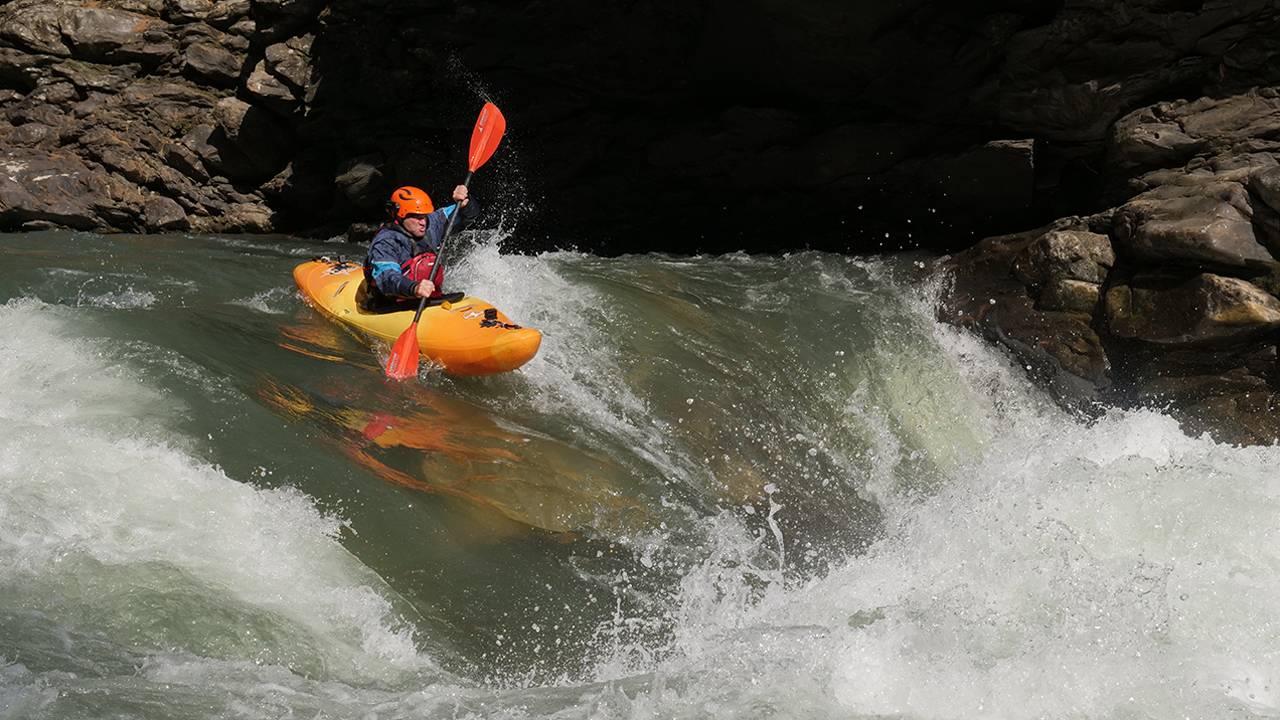 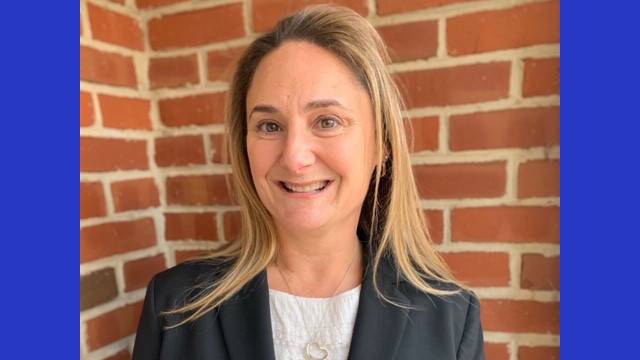