– Two-Hour Film, Featuring the Voices of Tom Hanks, Sam Waterston, Blythe Danner, and Josh Lucas, Explores Clinic’s 150-Year History and What It Means to “Put the Needs of the Patient First”–

Featuring Interviews with patients including John McCain and the Dalai Lama, the film tells the story of William Worrall Mayo, an English immigrant who began practicing medicine with his sons Will and Charlie in Rochester, Minnesota.

When a deadly tornado tore through their small community in 1883, the Mayos took charge of recovery efforts, enlisting the help of the nearby Sisters of Saint Francis to care for patients. Afterwards, Mother Alfred Moes, the leader of the convent, told Dr. Mayo she had a vision from God that instructed her to build a hospital, with him as its director. She believed it would become “world renowned for its medical arts.”

Blending historical narrative with contemporary patient stories, THE MAYO CLINIC: FAITH - HOPE - SCIENCE is a timely look at how one institution has met the changing demands of healthcare for 150 years—and what that can teach us about facing the challenges of patient care today.

“When the Mayo Clinic began in the late 19th Century, the medical community was so amazed at its success, they dubbed it ‘The Miracle in the Cornfield,’” said co-director Erik Ewers. “But as unique as Mayo may be, it’s not a miracle. It’s about incredibly determined and compassionate men and women who came together to figure out how to create a model of care that puts patients before profits.”

“The history of healthcare is a larger reflection of who we are as a nation,” said executive producer Ken Burns. “It includes advances in science and technology, but also touches on more universal themes of love and compassion. This is an extraordinary story that places our fundamental need to care for each other within the larger framework of America’s healthcare system and modern medicine.”

THE MAYO CLINIC: FAITH - HOPE - SCIENCE begins with the story of Dr. W.W. Mayo who, after traveling throughout the Midwest looking for a place to practice, settled with his family in rural Minnesota. Together with the Sisters of Saint Francis and his sons Will and Charlie, he laid the foundation for a medical center that now treats over a million patients every year from 50 states and 150 countries…and employs 64,000 people in Rochester and at campuses in Jacksonville, Florida and Scottsdale, Arizona.

The film also follows the stories of patients who have come to the Clinic looking for answers…and hope. They include:

• Charlene Kelly, a patient in Jacksonville, who receives not only confirmation of her diagnosis of myositis but learns that her symptoms are also due to leukemia. In spite of the daunting news, she finds comfort in finally getting a complete diagnosis and finding out about possible treatments;

• Abigail Feenstra, a toddler from Utah who is treated in Scottsdale for a brain tumor using a state-of-the-art proton beam that avoids damaging healthy tissue;

• Karl Schenk, a patient from South Dakota with advanced pancreatic cancer, whom doctors treat with a unique combination of surgery and chemotherapy that challenges conventional assumptions about the possibility of long-term remission;

• Roger Frisch, a concert violinist, whose career is threatened by an uncontrollable tremor until a Mayo doctor in Rochester cures it by using experimental deep-brain stimulation.

Through the story of The Mayo Clinic, the film demonstrates the power of collaboration in medicine, the role of humanity in science, and the importance of hope in healing. In doing so, it provides insight into ways to make America’s healthcare delivery system more effective, efficient and compassionate.

Funding for The Mayo Clinic: Faith - Hope - Science was provided by the following members of ‘The Better Angels Society,’ a nonprofit organization dedicated to educating Americans about their history through documentary film: Jay Alix & Una Jackman; Stephen and Barbara Slaggie and Family; The Russell and Carla Paonessa Family; Sandra and Bert Getz; the GHR Foundation; The Pfeil Foundation; and Gilchrist and Amy Berg. Additional funding was provided by the Arthur Vining Davis Foundations.

About WETA
WETA Washington, DC, is one of the largest producing stations of new content for public television in the United States. WETA productions and co-productions include PBS NewsHour, Washington Week, The Kennedy Center Mark Twain Prize, The Library of Congress Gershwin Prize for Popular Song, Latino Americans and The Italian Americans; documentaries by filmmaker Ken Burns, including The Civil War, Baseball, The National Parks: America’s Best Idea, The Roosevelts: An Intimate History and The Vietnam War; and productions by Harvard scholar Henry Louis Gates, Jr., including Finding Your Roots with Henry Louis Gates, Jr. (seasons three and four), Black America Since MLK: And Still I Rise and Africa’s Great Civilizations. WETA presentations include Martha Stewart’sCooking School, Pati’s Mexican Table, Sara’s Weeknight Meals, Globe Trekker and Daniel Tiger’s Neighborhood. Sharon Percy Rockefeller is president and CEO. The WETA studios and administrative offices are located in Arlington, Virginia. More information on WETA and its programs and services is available at www.weta.org. On social media, visit www.facebook.com/wetatvfm on Facebook or follow @WETAtvfm on Twitter. 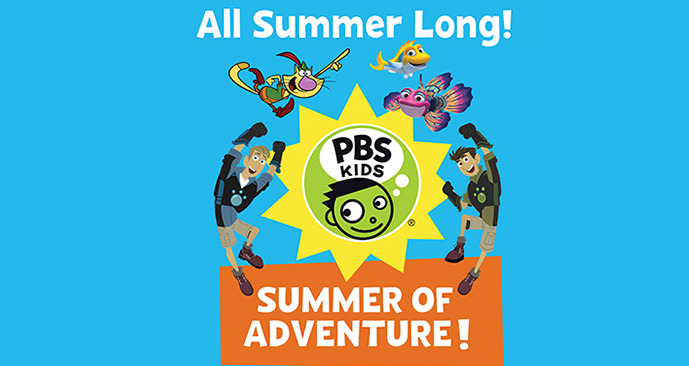