[This post is updating as we receive more questions and information.] 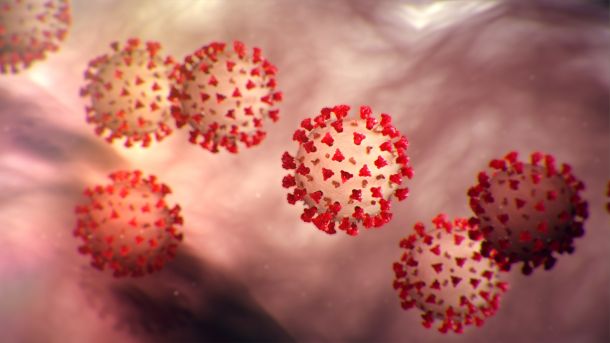 Centers for Disease Control and Prevention

Novel Coronavirus, 2019-nCoV, a respiratory illness traced back to a live animal market in Wuhan, China, has been on everyone’s mind lately, and we’ve received a few questions asking how animals are relevant in the outbreak of COVID-19. We’ve done our best to collect those questions in hopes of educating viewers and readers alike with the information we have available. Sources listed at the bottom of the page.

It’s important to note that these animals alone do not cause the transfer of the coronavirus to humans. COVID-19 (as well as SARS) was transferred by human interference with the animals. The capturing, slaughtering, selling/trading and consumption of wildlife are to blame, not the animals themselves.

Q: How do we know the outbreak was caused by an animal?

Short Answer: By testing the animals at the origin source and comparing them with infected humans. But first, some background:

Viruses, a type of pathogen, can infect all types of living entities, from humans to plants and to even bacteria. The toxic agent replicates inside the living cells of organisms. Viruses can spread or transmit in a variety of ways, most of which we associate with vectors, or “living organisms that can transmit infectious pathogens between humans, or from animals to humans,” as explained by the World Health Organization( WHO). Mosquitoes are probably the most recognizable vector, responsible for spreading diseases like West Nile Virus, Malaria and Dengue Fever.

Now scientists are racing to find the origin source of COVID-19, which is known as a zoonotic disease (or zoonoses). According to the CDC, zoonotic diseases are caused by the transmission of harmful germs (like viruses, bacterial, parasites and fungi) between humans and animals. The CDC lists 5 ways germs are spread between animals and humans:

If that’s not relatable enough, Helen Briggs at the BBC suggests a scenario in her article, “Coronavirus: The race to find the source in wildlife:”

“Somewhere in China, a bat flits across the sky, leaving a trace of coronavirus in its droppings, which fall to the forest floor. A wild animal, possibly a pangolin snuffling for insects among the leaves, picks up the infection from the excrement.

The novel virus circulates in wildlife. Eventually an infected animal is captured, and a person somehow catches the disease, then passes it on to workers at a wildlife market. A global outbreak is born.” 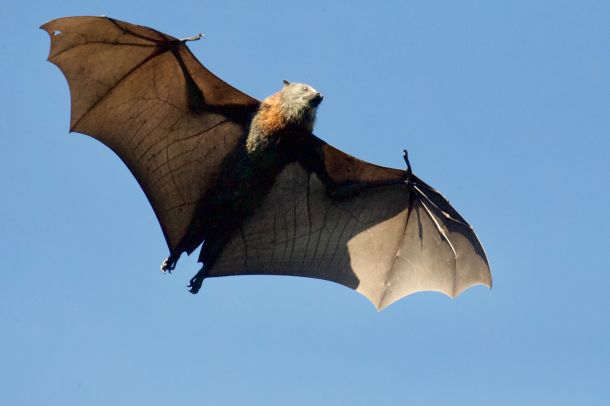 Many coronaviruses have been linked back to bats. Photo by James Wainscoat on unsplash.

Q: Do we know which animal caused the outbreak?

Short Answer: Not yet.

Scientists are working tirelessly to identify the animal in hopes of eradicating the spread, but so far, no one is certain. Most sources agree that the origin source of COVID-19 is bats, based on similarity to other coronaviruses bats carry/have carried and a 2020 study that points to the bat as an indirect source of the virus. The task at hand is to find the animal (or animals) that are responsible for transmitting the disease to humans. Researchers from the South China Agricultural University  tested genome sequences of viruses found in pangolins with a 99% identical result to those tested on humans infected with the virus, but it was later revealed that the results of that test were from a portion of the genome sequence, not the full sequence, rendering it inconclusive. Many experts and professors have requested that the data from the trial be made public so more scientists can properly compare the genome sequences.

SARS, a 2002 coronavirus originating in China, was linked to bats, and later to civet cats, citing wildlife markets as the transmitter of the disease. MERS, an Arabian-originating coronavirus with an outbreak in 2012, was linked to camels (through bats). Other animals are linked to illnesses like H1N1 or swine flu, (pigs), and ebola (monkeys, who got it from bats).

Presumably, China has been using animal markets/wildlife trade in these exact ways for some time, so what changed or is different now to cause this outbreak? We reached out to Dr. Anthony S. Fauci, MD, Director of The National Institute of Allergy and Infectious Diseases (NIH/NIAID) and here’s what he told us:

Many coronaviruses exist in animal reservoirs, particularly in bats.   Remember that for the SARS outbreak in 2002, bats infected palm civet cats who were sold in live/wet markets and the civet cats spread the virus to humans.   Same for MERS – bats to camels to humans.   The fact is that this is likely pure chance plus more interactions in the human-animal interface.   Animal viruses mutate and most of the time the mutations have no significant impact on virus transmission to humans.   Sometimes they mutate and allow single “dead-end” transmissions to individual humans with no efficiency in going human-to-human and so we get individual infections and no outbreak, as we have seen with the H5N1 and H7N9 influenzas that jump from chickens to humans but do not go from human to human.   But rarely, animal viruses mutate and the mutation allows them not only to jump species to humans, but to also efficiently spread from human to human.   That is what we saw in SARS and now we see this with 2019-nCoV, which seems to have adapted itself very well to human to human transmission, as per what is happening in China. 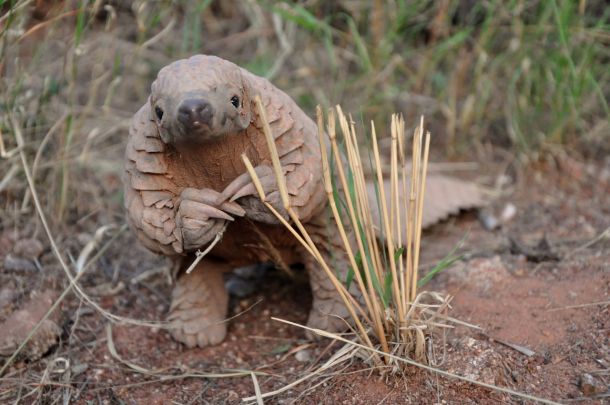 Q: What does this mean for animals like pangolins in the future? What can we do?

China has ordered a temporary ban on the wildlife markets and consumption of wildlife associated with the outbreak, however, this was the response to SARS, as well. Wet market conditions facilitate the spread of germs between wild animals captured and awaiting sale, or worse. Cracking down on wildlife trade and markets and making them permanently illegal is one way to reduce the number of zoonoses, in addition to providing more protection for the wildlife at risk.

From what we know, the virus can be spread person-to-person, so practice good hygiene, as you would to avoid the flu or common cold. Here are tips the CDC suggests for staying healthy, and for more information, check out PBS NewsHour’s coverage on the latest updates.

And in case you missed it above, we’ll mention again: These animals alone do not cause the transfer of the coronavirus to humans. COVID-19 (as well as SARS) was transferred by human interference with the animals. The capturing, slaughtering, selling/trading, and consumption of wildlife is to blame, not the animals themselves.

What Happens to Bats After a Hurricane?

Tune in for a re-broadcast of The World’s Most Wanted Animal on PBS 8/7c on Wednesday, March 25th.