Analysis: The role Russian businessmen played in the Mueller report

A Russian businessman asked me that question when the redacted version of Robert Mueller’s investigation report came out on Thursday. He wasn’t really joking and he wasn’t alone — more than one Russian I spoke to last week started our conversation in the same way.

In granular detail, it chronicled the efforts of several of Russia’s most prominent business leaders to permeate President Donald Trump’s inner circle.

As someone who has been following Russia for the better part of three decades, what struck me most about the special counsel’s report — hacking and social media influence campaign aside — was how, in granular detail, it chronicled the efforts of several of Russia’s most prominent business leaders to permeate President Donald Trump’s inner circle, apparently at the behest of President Vladimir Putin.

Three names stood out. Over the years, I have interviewed them numerous times — two of them as recently as this month. The latest revelations shed light on the role powerful businessmen play on behalf of Russia’s government, and how they and their businesses can suffer as a result.

Two days ahead of the report’s release, I had traveled to Nizhny Novgorod, a Russian city an hour’s flight east of Moscow, for an exclusive PBS NewsHour interview with billionaire businessman Oleg Deripaska.

Deripaska all but stopped talking to journalists after he emerged as a person of interest in the Mueller investigation for his relationship with Paul Manafort, who had done some political consulting work for Deripaska before becoming campaign manager to candidate Trump. That was the beginning of a tough time for the Russian industrialist.

Last year, the U.S. Department of the Treasury’s Office of Foreign Assets Control (OFAC) imposed sanctions on him and some of his holdings, essentially locking him out of the global financial system for “having acted or purported to act for or on behalf of, directly or indirectly a senior official of the Government of the Russian Federation” as it engaged in “malign activity around the globe.”

Deripaska succeeded in getting the sanctions lifted from some of his businesses by agreeing to give up his control of them — and he made the case that the same should be done for GAZ, Russia’s largest manufacturer of commercial vehicles.

Deripaska wanted to meet me at GAZ to discuss his efforts related to the sanctions. Naturally, I also wanted to talk about the U.S. allegations that had already been reported in the press.

According to the Mueller report, former Trump campaign manager Manafort directed associates to reach out to Deripaska and offer him briefings and internal campaign polling data after he joined the Republican candidate’s team. By doing this, Mueller suggested, Manafort was looking to resolve a legal dispute with Deripaska over millions of dollars that Deripaska claimed he was owed.

Deripaska, though, said in our interview Tuesday that he never got any of those briefings of Trump polling data, and that neither he nor any of his representatives had corresponded with Manafort in at least the last eight years.

To be clear, Mueller did not identify evidence of a connection between Manafort’s polling data and Russia’s interference in the 2016 election or “establish that Manafort otherwise coordinated with the Russian government on its election-interference efforts.”

But correspondence cited in the report between Manafort and his associates strongly suggests at least the associates believed Deripaska was receiving their information.

Mueller also says Manafort himself met with one of Deripaska’s representatives, Georgy Oganov, in January 2017. That little detail came as a surprise to me: Oganov was the only other person Deripaska brought with him to our interview last week.

Deripaska has declined through his press secretary to comment about the report’s findings.

Kirill Dmitriev, the head of Russia’s sovereign wealth fund, received more attention from the Mueller team than Deripaska did.

According to Mueller, Dmitriev, the CEO of the Russian Direct Investment Fund, acted as Putin’s envoy in backchannel communications with private equity investor Richard Gerson, a friend of Trump’s son-in-law and advisor Jared Kushner.

The Russian and American financiers, Mueller said, hatched a “reconciliation plan” to patch up the U.S. and Russia’s acrimonious relationship. That plan eventually made its way into the hands of Kushner, then advisor Steve Bannon and incoming Secretary of State Rex Tillerson. 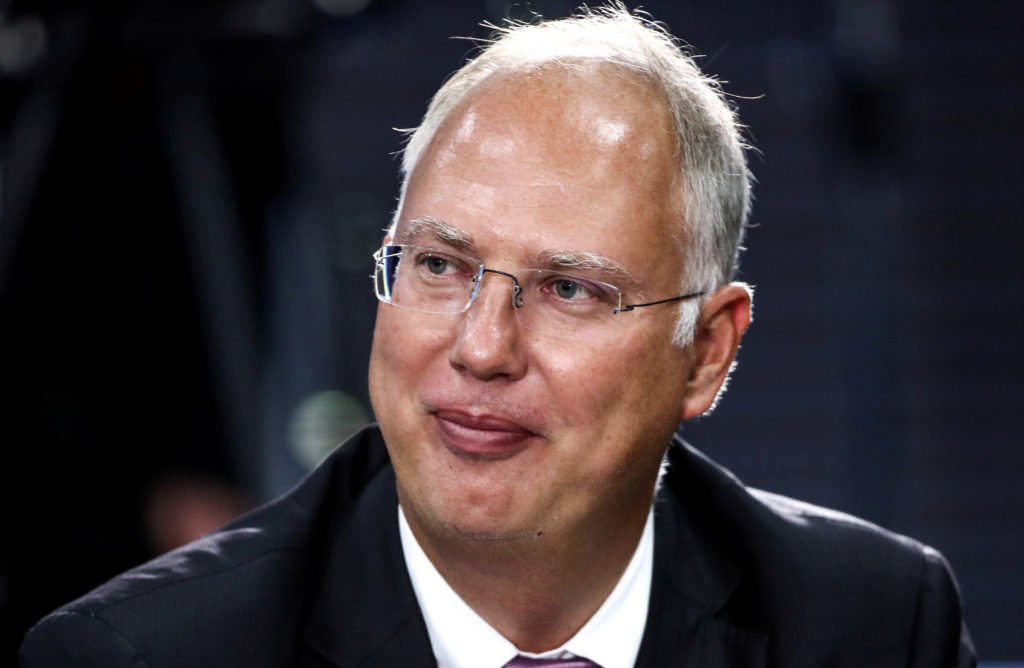 Kirill Dmitriev, chief executive of the Russian Direct Investment Fund, waits before a meeting between Russian President Vladimir Putin and representatives of the foreign business community on the sidelines of the Eastern Economic Forum in Vladivostok, Russia, on Sept. 11, 2018. Photo by Valery Sharifulin/ TASS Host Photo Agency/ Pool via REUTERS

Dmitriev’s unconventional diplomatic work extended over a period of months and only intensified after the election. He flew to New York City to attend a World Chess Federation opening ceremony the day after the 2016 election. According to the report, Dmitriev wanted to meet with members of Trump’s team, not yet in power, and especially Kushner and Trump’s son, Donald Trump Jr.

I was also in New York at the time and spoke with a number of Russian businessmen. Russian-American relations were at an all-time low and the businessmen were anxious to see them improve. But they also saw a rift between Americans. One prominent businessman told me how he found himself at a performance of “Hamilton” just two rows behind Mike Pence, where the vice president-elect was booed and received a direct appeal from the cast as he was leaving to uphold American democracy. Even then, the Russians understood that Trump’s presidency was likely to be characterized by deep division in the United States.

Petr Aven, who controls Russia’s largest private bank, also attempted to “to establish a line of communication” with the administration, according to the report.

To do that, Aven reached out to Richard Burt, a former U.S. ambassador to Germany who sits on the board of one of Aven’s companies. But the effort failed; Burt was unable to establish a link.

Aven, though, did do something useful for Mueller’s team. The Russian billionaire complied with a subpoena from Mueller’s team and, in so doing, offered the public some unique insight. 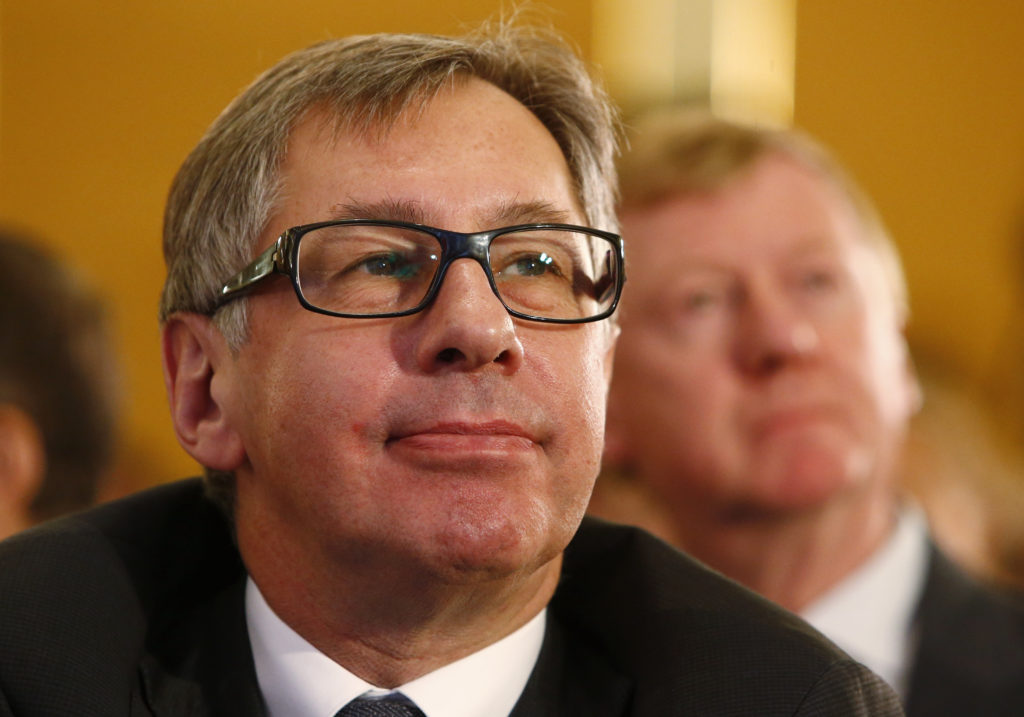 ABH Holdings Chairman Petr Aven attends a Week of Russian Business, organized by the Russian Union of Industrialists and Entrepreneurs in Moscow on March 16, 2017. Photo by REUTERS/Sergei Karpukhin

In an interview with investigators, Aven described a private meeting with Putin shortly after the election at which, according to the Russian banker, Putin expressed frustration that he didn’t know whom to call to establish a dialogue with the incoming administration. Aven told Putin he would try on his behalf.

I’ve interviewed Aven three times, most recently on stage at a conference on competition in Russia’s financial sector where he spoke out against the Russian government’s outsized presence. He is not a Kremlin lackey.

And yet according to Mueller’s account of their interview, Aven and about 50 other Russian businessmen regularly meet with Putin and take what he tells them to be “directives.”

Kremlin spokesman Dmitry Peskov told me Friday that it is normal for business leaders to attempt to establish ties with politicians and he denied Russia interfered in the election in any way.

What’s next for Russia?

Russia watchers have long known about the Kremlin’s relationship with the country’s billionaires, and that, for example, the Kremlin often calls on them to invest in various “socially important” projects, regardless of whether they will incur a financial loss. Aven’s testimony supports the idea that these oligarchs are also taking orders.

The redacted Mueller report may give Russia new reason to be concerned.

Last year, in retaliation for Russia’s meddling into the 2016 election, the Treasury’s Office of Foreign Assets Control published the names of 96 Russian billionaires and identified them as being “close to President Putin.” It became known in Russia as the Kremlin List, and it sent many of the country’s elite scrambling to maintain their businesses’ financial infrastructures.

Some banks broke their ties with those on the list to avoid unwanted attention from the U.S. government. Then came a raft of sanctions, which Deripaska told me cost him billions of dollars. Deripaska is in the middle of suing OFAC because of it.

Last week, before the redacted Mueller report was released, I asked Kirill Dmitriev about the prospects for investment into Russia given recent sanctions. He replied that now that the Mueller report had concluded there had been no collusion, things were looking up. (In fact, the Mueller report paints a complicated picture of the many connections between the Trump campaign and Russia, but concluded that there wasn’t evidence showing they took part in criminal conspiracy or coordination. The special counsel did not attempt to answer whether collusion took place, a term that doesn’t bear legal weight.)

Still, the redacted Mueller report may give Russia new reason to be concerned. While the Russians and Trump administration claim the report as exoneration, the Kremlin knows there will be renewed focus on its actions, and possibly more sanctions in the pipeline.