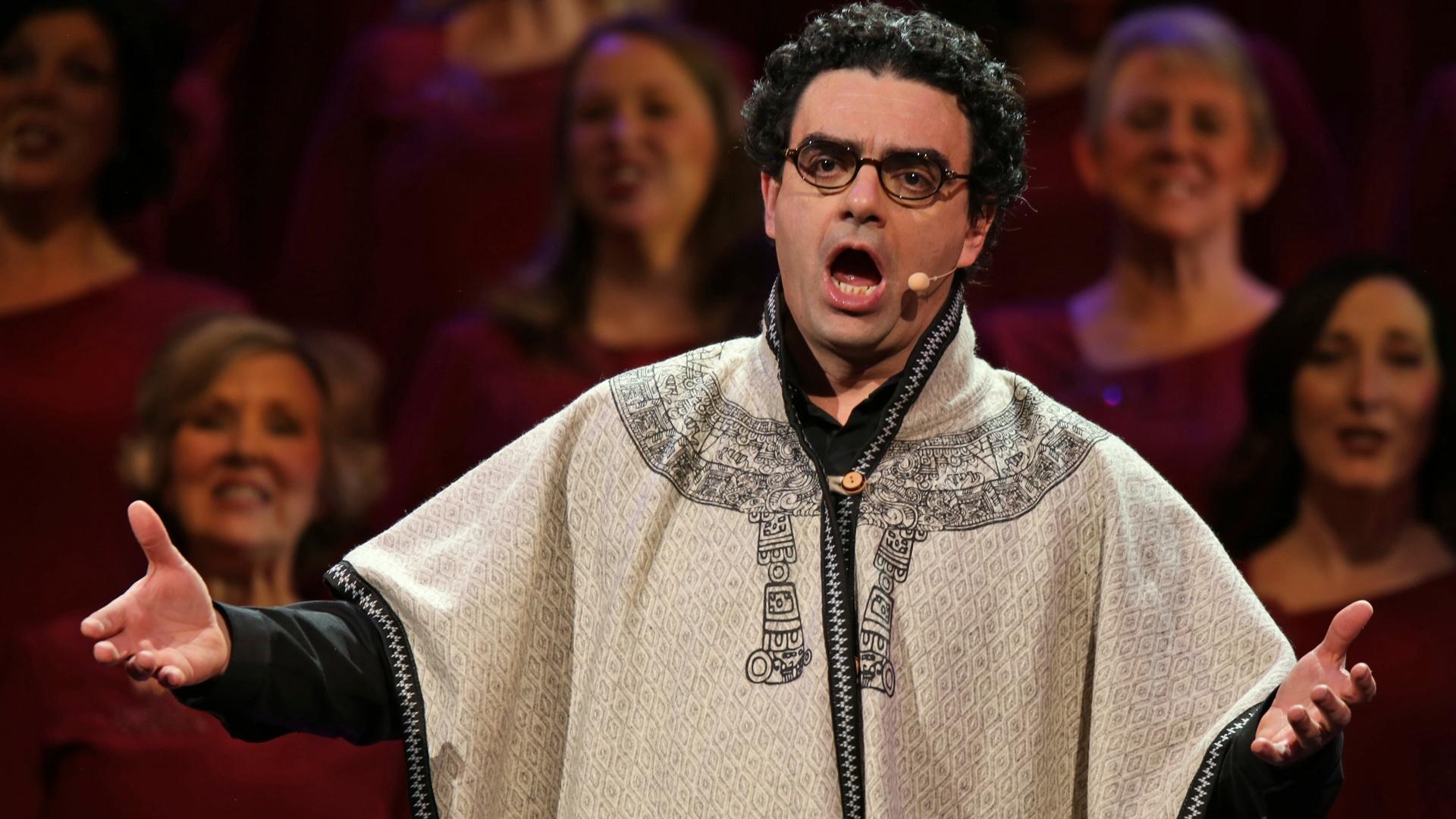 Experience Christmas with the Mormon Tabernacle Choir featuring Rolando Villazón, a one-hour holiday spectacular featuring the world-renowned operatic tenor Villazón as guest artist and narrator. The one-hour holiday spectacular was recorded over three nights in front of a combined live audience of over 63,000 people in Salt Lake City’s Conference Center, and is a modern phenomenon that builds on the Choir’s 170 years of history in musical excellence.

"For me, the greatest part of the Christmas concerts is the team effort with over 600 volunteer performers as well as many more behind the scenes who come together to make something unique and special. This year, with the international appeal of Rolando—who speaks fluent Spanish, French, German, and English—we were able to include Christmas music from around the world which appeals to our world-wide audiences.

The masterful retelling of “The Little Match Girl” is a wonderful moment; as is the “We Three Kings” organ piece featuring all three of our Tabernacle organists playing at the same time which we had never done before. I could go on about each element of the program but after the final notes are sung and played, it’s a wonderful hour and a half of Christmas music—our gift at this Christmas season."

With other beloved songs, choruses, and orchestral works, and the Choir’s traditional finale, “Angels from the Realms of Glory,” this inspiring concert reminds us that Christmas is a time to both celebrate and ponder, to rejoice and be still, as we consider the ultimate gift of hope and redemption that the Christmas season represents. The lyrics of this whimsical carol may have originally referred to the wise men arriving on camels or “ships of the desert... Carol of the Drum

Katherine Davis’s 1941 Christmas song, “Carol of the Drum” was based largely on a traditional Czech carol. The tune for “Deck the Hall” is a Welsh melody from the 16th century. How Excellent Thy Name

Handel's oratorio Saul begins with a Chorus of Israelites praising God for saving their nation through David’s miraculous slaying of Goliath. “Campana Sobre Campana,” a traditional Andalusian Christmas song, is one of the most famous of all Spanish carols. Singing “Christmas Children” together, Bob Cratchit and his children delight in the anticipation and childlike wonder of Christmas magic as they relish the coming celebration. Parade of the Wooden Soldiers

This sprightly march was originally written as a solo piano piece in 1897 by the German composer Leon Jessel. The Christmas carol “We Three Kings” was written in 1857 by John Henry Hopkins, Jr., who intended the song to be sung by a trio of male voices. 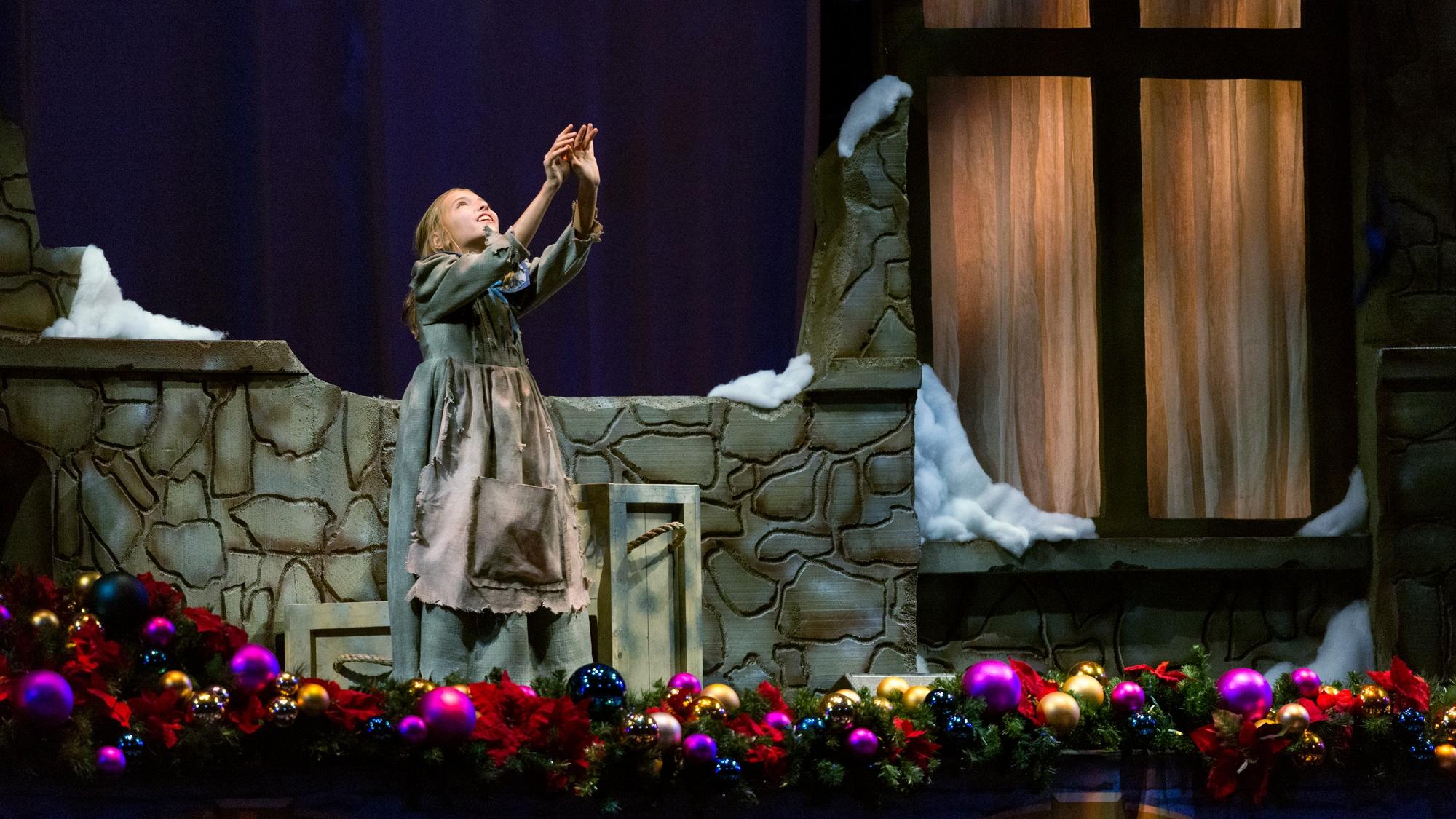 The lyrics to this affectingly simple German Christmas carol were penned in 1798 by a Catholic priest. In this concert, Rolando Villazón’s narration is accompanied by a gentle orchestral meditation. The tune for this popular Christmas song comes from the 18th-century French carol.