As you gather around the table this week in celebration of Thanksgiving, impress your dinner mates with these tidbits about the holiday’s top bird! 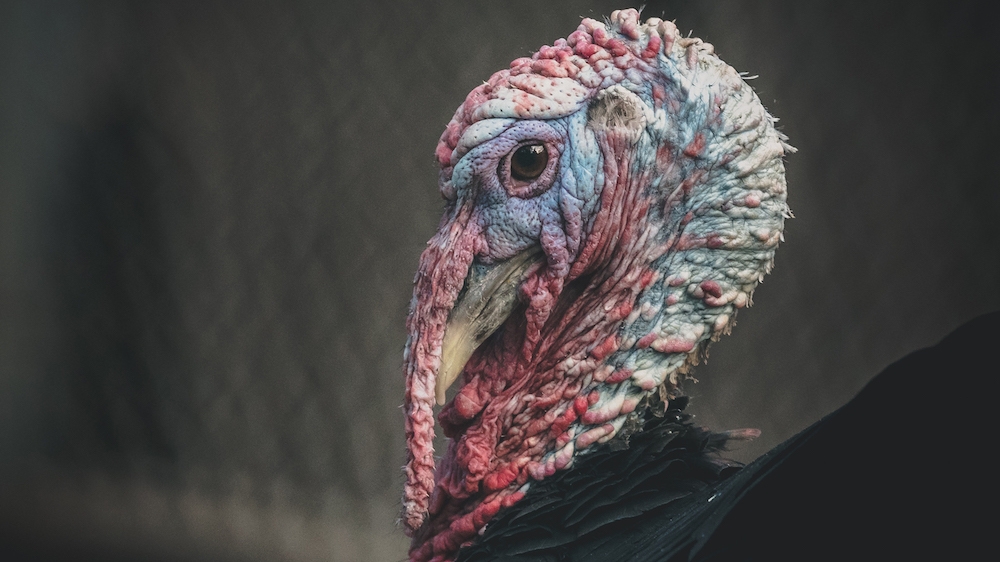 “For my own part I wish the Bald Eagle had not been chosen the Representative of our Country. He is a Bird of bad moral Character. He does not get his Living honestly. You may have seen him perched on some dead Tree near the River, where, too lazy to fish for himself, he watches the Labour of the Fishing Hawk; and when that diligent Bird has at length taken a Fish, and is bearing it to his Nest for the Support of his Mate and young Ones, the Bald Eagle pursues him and takes it from him… For the Truth the Turkey is in Comparison a much more respectable Bird, and withal a true original Native of America . . . He is besides, though a little vain & silly, a Bird of Courage, and would not hesitate to attack a Grenadier of the British Guards who should presume to invade his Farm Yard with a red Coat on.” – Benjamin Franklin, 1784

For more turkey facts and fun, check out our comprehensive turkey fact sheet, as well as our graphic on how to differentiate between domesticated and wild turkeys.