He’s gotten a presidential honor and performed for a pope. Now musician Bob Dylan has won the Nobel Prize in literature.

When naming Dylan as the recipient on Thursday, the Norwegian Nobel Committee said he was granted the award “for having created new poetic expressions within the great American song tradition.”

Dylan, 75, has performed his unique blend of guitar, insightful lyrics and what some might consider inscrutable vocals for more than 50 years. 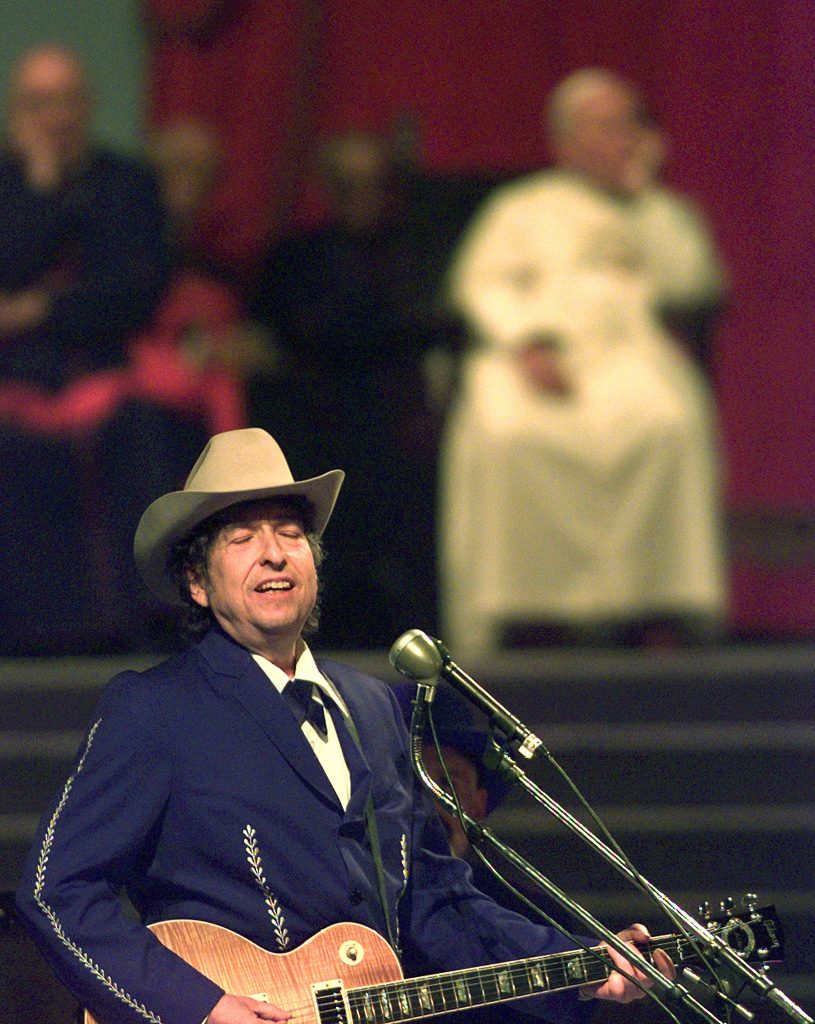 “He is a great poet in the English-speaking tradition and he is a wonderful sampler, he embodies the tradition. And for 54 years he’s been at it and constantly reinventing himself,” said Sara Danius, permanent secretary at the Swedish Academy, after the announcement. Watch her full interview, where she compares Dylan to the ancient Greek poets:

Dylan’s early songs such as “Blowing in the Wind” and “The Times They Are a-Changin” represented the civil rights era of the 1960s. He famously switched to performing on electric guitar, one of the first among the nation’s leading folk musicians, at the 1965 Newport Folk Festival.

“It’s a pivotal moment in rock ‘n’ roll history,” said Elyse Luray of PBS’ History Detectives, which explored the whereabouts of Dylan’s guitar, in a 2012 PBS NewsHour interview. “After Dylan plugs in and goes electric, we start seeing the movement of blues coming into rock ‘n’ roll. And at the same time he’s changing, we have the Rolling Stones coming in and changing, we have Hendrix changing.” 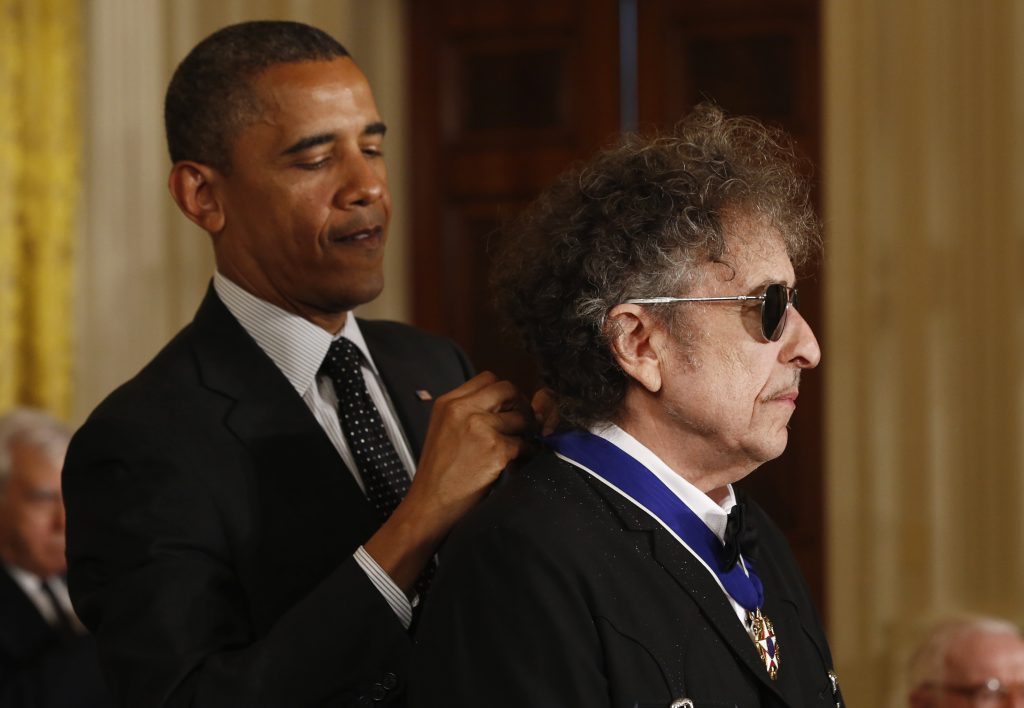 In 1988, he was inducted into the Rock and Roll Hall of Fame in Ohio. In addition to 11 Grammy Awards for his music, Dylan won an Academy Award in 2000 and Golden Globe the following year for best original song “Things Have Changed” from the movie “Wonder Boys.”

He is the first American to win the Nobel Prize in literature since novelist Toni Morrison in 1993.

The PBS NewsHour’s Jeffrey Brown talks to Anthony DeCurtis, contributing editor at Rolling Stone magazine, about the release of all of Bob Dylan’s “Basement Tapes” recordings in 2014.