In South Korea, the Importance of ‘Wellbeing’

SEOUL, South Korea | Signs with “wellbeing” written in English are popping up all over Korea from corner markets to high-end spas. Its meaning: a healthy and wholesome body inside and out.

Bangok Ju, warming up with a cup of cocoa recently as skaters spun around an outdoor ice rink in central Seoul, said the movement began four or five years ago when Koreans started doing better economically.

“In the past we had to work hard to make money, now we can think about staying fit and trying to eat healthy,” she said through a translator. “We add fresh vegetables, work out and try not to get stressed out.”

Park Sehoon, 23, said the “wellbeing” movement counteracts other growing trends in South Korea that are more Western and fast-paced.

“Korean culture is slow food, like rice and kim chi, but the Western style is eating fast food and junk food,” he said. “Our society is changing fast, so we want to eat fast-style, so it’s very bad for health.” 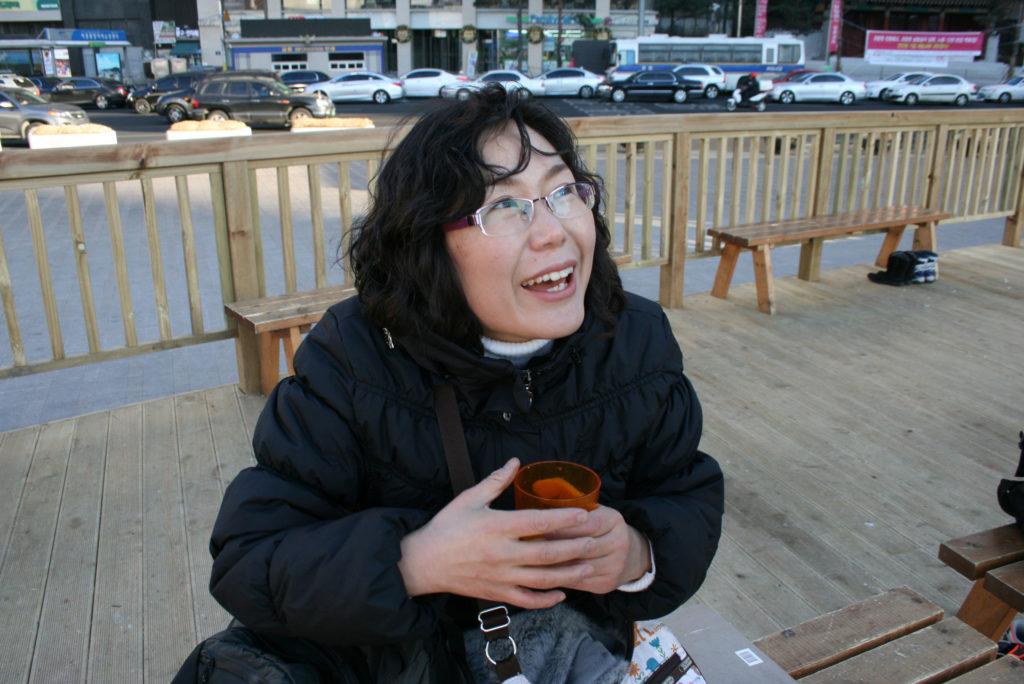 Bangok Ju warms up with a cup of hot chocolate at an ice rink in Seoul, South Korea. Photo by Larisa Epatko/PBS NewsHour

Most people want to get healthy, so they eat organic food, Park continued. And now a growing number of food companies put labels on their products saying they are environmentally friendly and organically produced, he said.

“I want to live wellbeing lifestyle, so now I’m going to a fitness club everyday. Well, sometimes not everyday,” he said, laughing. 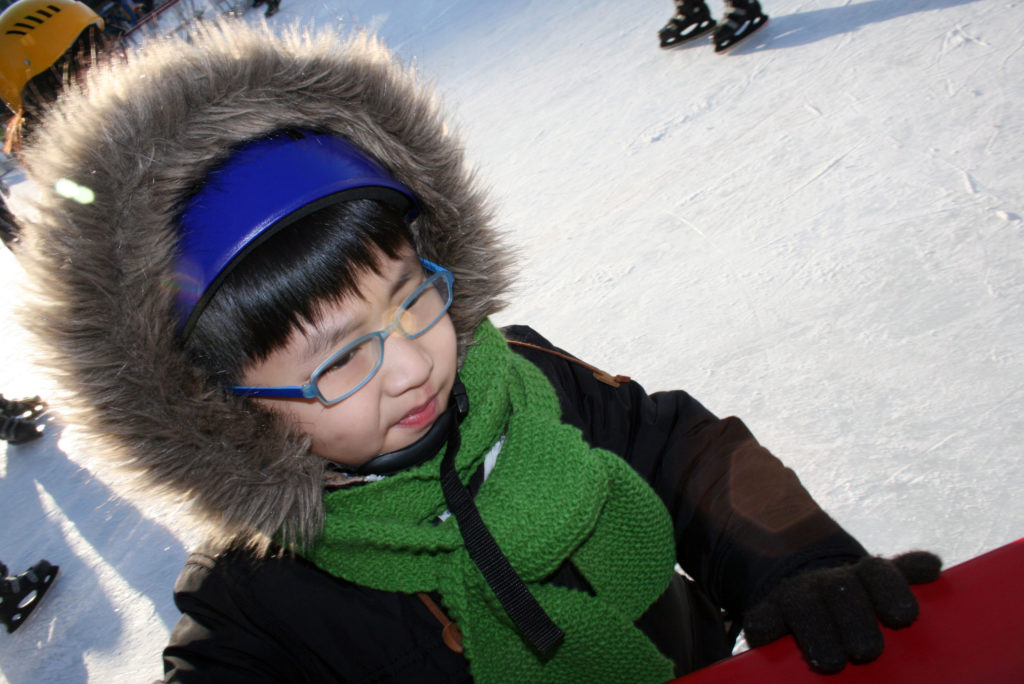 Bangok said her children, 10 and 12, take tae kwon do, or Korean martial arts, and swimming classes. And even when it’s cold outside – Seoul’s temperatures in winter can dip to low 20s Fahrenheit – they jump rope to get exercise.

“We talk about fast food and slow food a lot these days,” she said. “I tend to feed my kids Korean slow food, and I try to get them to eat fruits rather than cookies. But I also bake bread and desserts at home.” So although they don’t eat fast food in her house, her children still tip the scales, she joked. 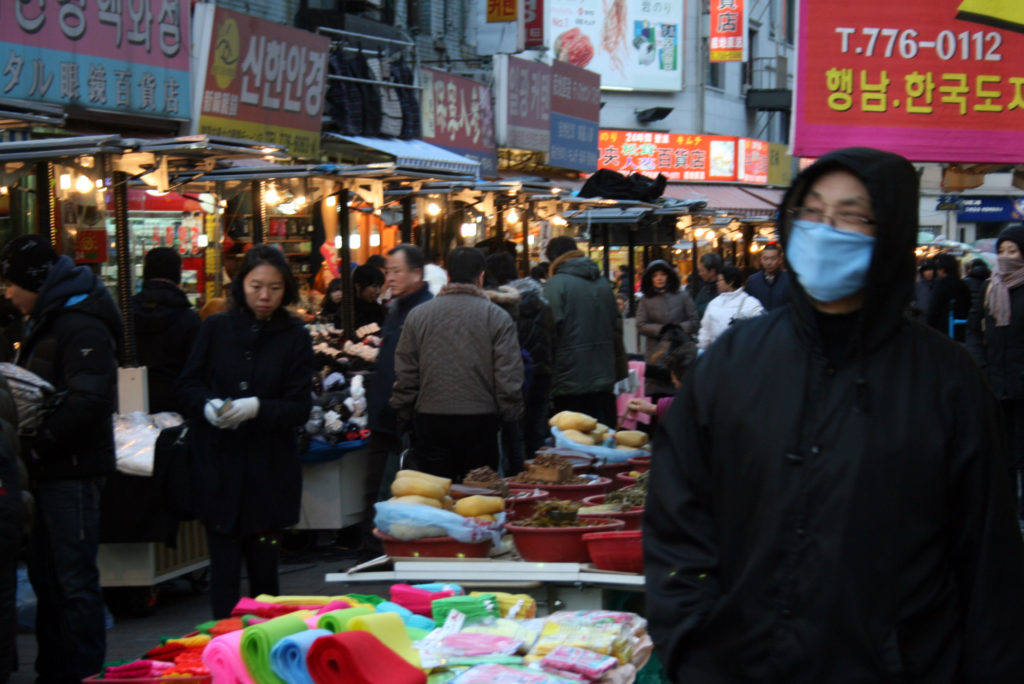 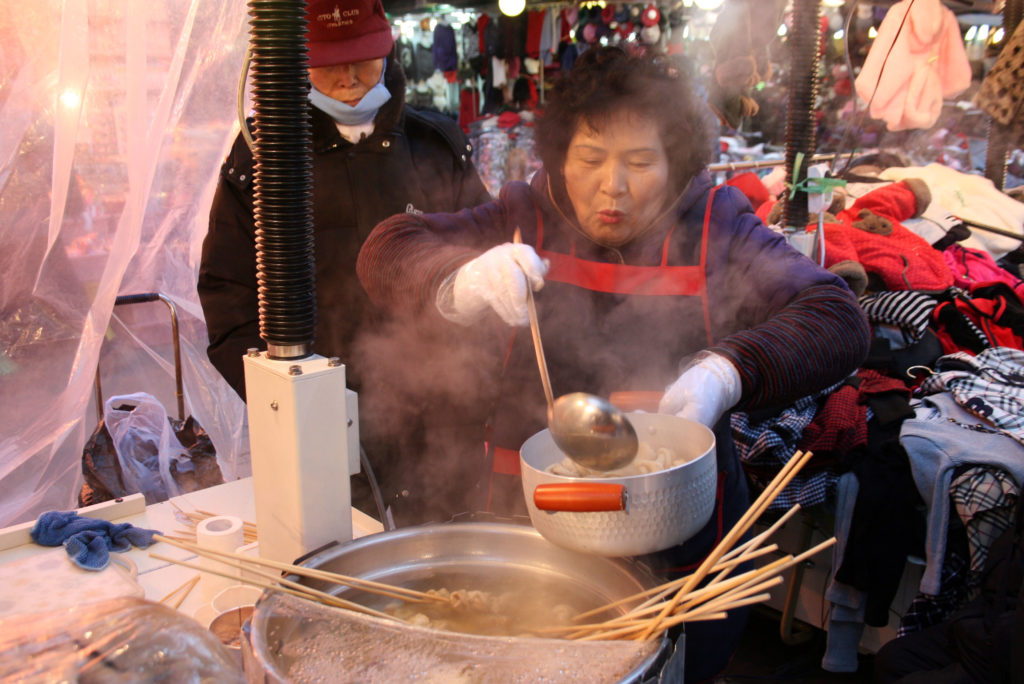 A woman serves soup at a street market. Some South Koreans are favoring “slow food” these days. Photo by Larisa Epatko/PBS NewsHour 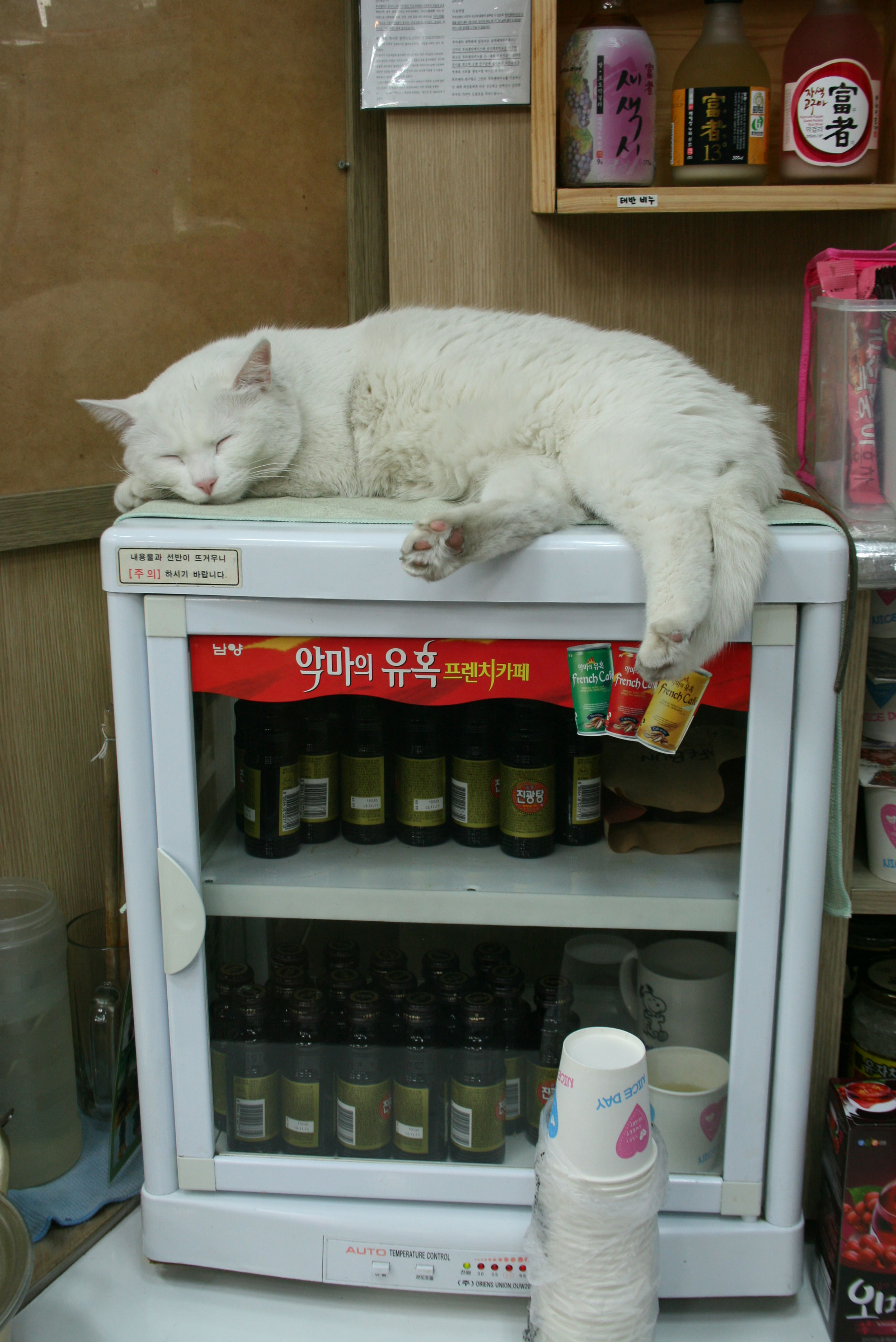 A cat slumbers in a corner store in Seoul. Photo by Larisa Epatko/PBS NewsHour 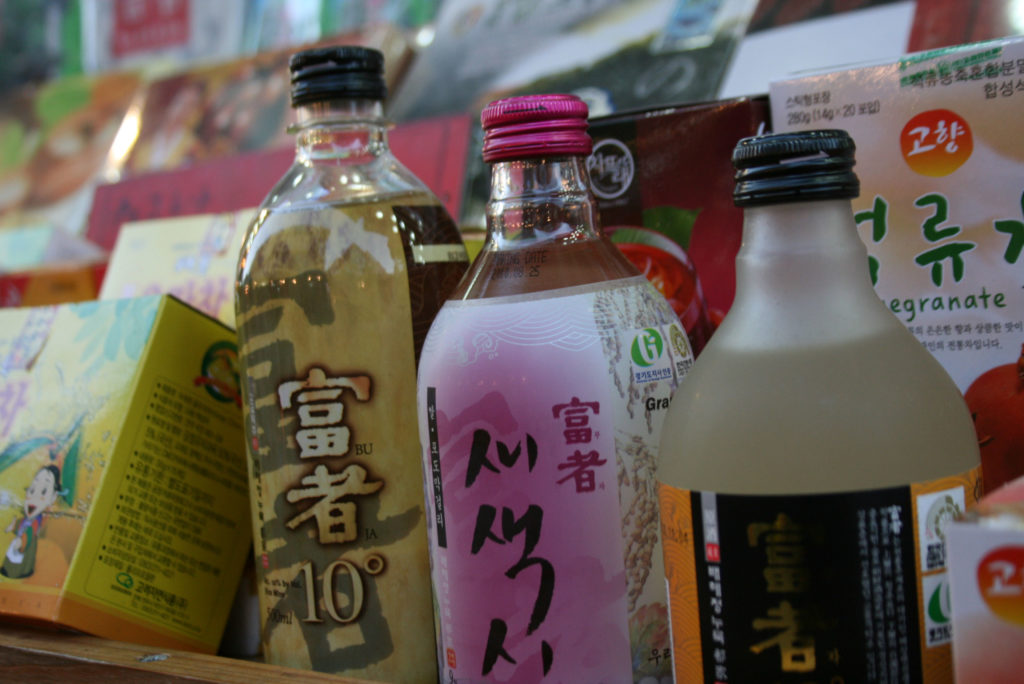 Left: Bottles of ginseng at an outdoor market in Seoul, South Korea. Photo by Larisa Epatko