Helping women with career-building and empowerment in Pakistan

ISLAMABAD, Pakistan | Saima Anwar lives in the Swat area of northern Pakistan. Her family was poor and couldn’t pay for her education, so she worked a part-time job to get through school. But when she wanted to become a lawyer — a profession she’s “crazy about” — she had to find a different way.

Anwar, now 27, said she didn’t have time for a full-time job and law school, so she looked to a women’s advocacy group called the Aurat Foundation, based in the capital Islamabad, for help. The group gave her a stipend, which she used to supplement her living expenses, and she became a lawyer a year ago.

“This was my dream,” she said. “[Growing up] I realized that there are many problems related to women, and there should be female lawyers in Swat like other countries in the world,” she said. “That’s why I chose this profession.”

Without a car at her disposal, she walks 30 minutes each way to the courthouse. Some of the cases she handles include enforcing a new law that protects a woman’s inheritance and fines those who try to take it from her.

Women, who would have trouble speaking to a male lawyer about their case because of traditional and cultural roles, find it easier to talk to female lawyers about their problems, said Anwar. And when they open up, it makes it easier for their lawyers to win their cases in court, she said. 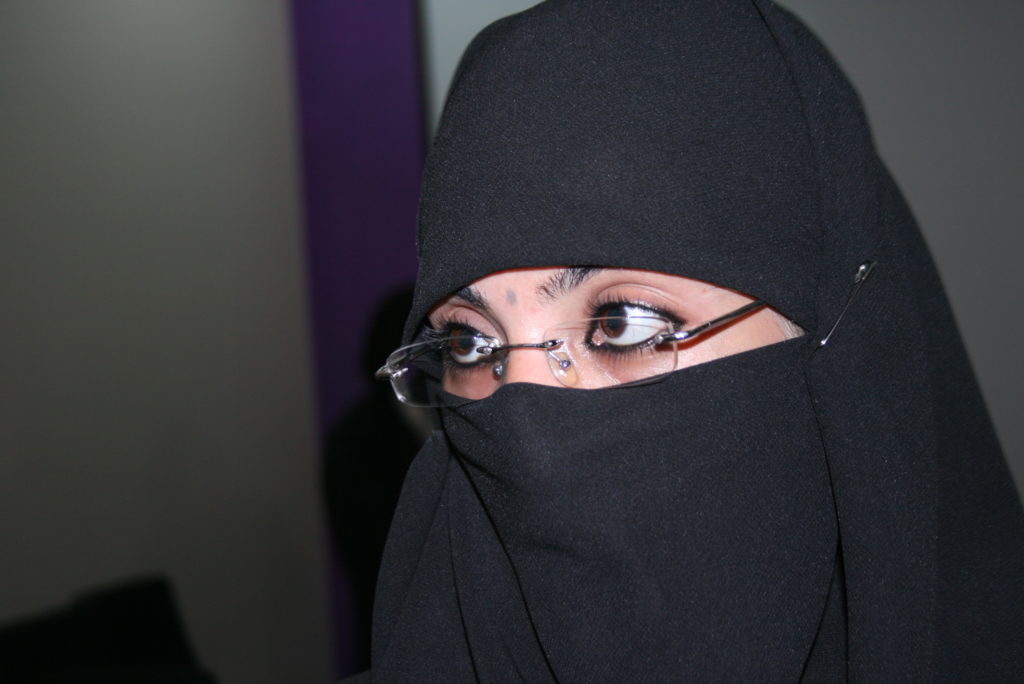 That support for women is exactly what the Aurat Foundation is working toward. The group, formed in 1986, was the product of the women’s movement in Pakistan, said Simi Kamal, chief of party of Aurat’s Gender Equity Program. It encourages gender equality, mutual respect and the participation of women in decision-making.

In a country of approximately 190 million, about 63 percent of males are literate, compared to 36 percent of women, according to the CIA World Factbook. In rural areas, an emphasis on women in home management roles means fewer girls go to school.

Aurat also collects data on violence against women and has found incidents are increasing, which the group attributes to more women reporting crimes against them.

“If a girl is raped, the family somehow sees that as a shaming on themselves, so they will hide it,” said Kamal. They also are reluctant to talk about it for fear that the perpetrator will come back and kill the victim and family, she said. But attitudes are slowly changing leading women to speak up more.

Aurat uses surveys as a way to not only gather information but inform women of their rights. And the organization is working to educate women and men through USAID-funded advertisements aired on radio and television that show women in non-traditional roles with the message that “Pakistan is proud” of them.

Watch an example of an Aurat public service announcement:

Under Pakistan’s constitution, a certain number of seats in government are reserved for women — though they can fill more — and Aurat helps groom women to run. In the 342-seat National Assembly, women can hold 60 seats and 73 do. In the 104-seat Senate, 17 must be women and 18 currently are senators.

In private industry, most heads of companies are male, though there are some females, said Kamal, adding that women have a much higher representation overall in the areas of education and health.

Women, who often were sidelined in the past, now are present in all sectors of society though still in small numbers in some professions, she said. “Fifty percent of our population is women, so you expect to see 50 percent representation in the public services, but obviously that is not the case.”

Change could be coming, however. At Karachi University, 72 percent of students are female, 87 percent of women are enrolled in medical schools and 92 percent in architecture, said Arif Hasan of the Muhammed Ali Society, an information base for development in Karachi.

Some say there should be a quota for men, he quipped. One possible explanation for women’s academic success is they don’t have the freedom of movement and entertainment as men, so they stay at home and study more, he said.

In addition, more women are working these days than in the past as social norms change and simply because tough economic times require another income stream for households, said Kamal.

Anwar, meanwhile, said she’s working on saving money to have a law office to meet with clients. “This is a very tough profession, and I want to become a good advocate not only in Swat but in Pakistan” as a whole, she said.

Larisa Epatko participated in a Pakistan-U.S. journalists exchange program operated by the East-West Center. View her series of online reports.

Left: Girls attending a school run by The Citizens Foundation in the Qayyumabad area of Karachi, Pakistan. Photo by Larisa Epatko