BAGHDAD, Iraq | Tuesday’s suicide bombing at the army headquarters in Baghdad was one of the deadliest attacks in Baghdad in months, killing more than 50 people, and comes as the U.S. military is preparing to turn over full control of the country’s security to Iraqis.

In another violent incident on Tuesday, eight people died and 44 were wounded when someone planted a bomb on a kerosene truck, causing it to explode in front of a fuel station that then caught fire, according to Iraqi police, the Associated Press reported.

The continuing attacks contribute to a feeling of dread among Iraqis.

“Even when you are living at your home, you cannot feel secure enough and what happened today is just a sign of that,” said Emma Hovasapian, 50, an administrative assistant who was born and still lives in Baghdad. “It affects everything. It restricts my movements and my family’s.”

Compounding the problem is the government stalemate, she said. Iraq’s political parties are still wrangling for a majority of seats in parliament five months after elections. 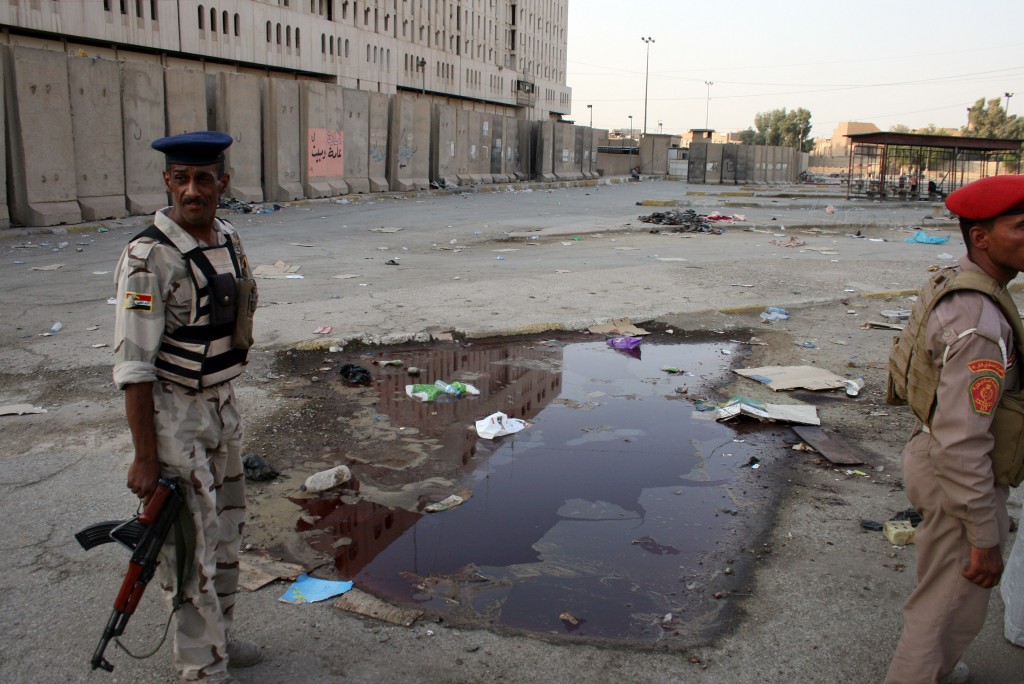 The suicide bombing took place at the Iraqi army headquarters in Baghdad. Photo by Larisa Epatko 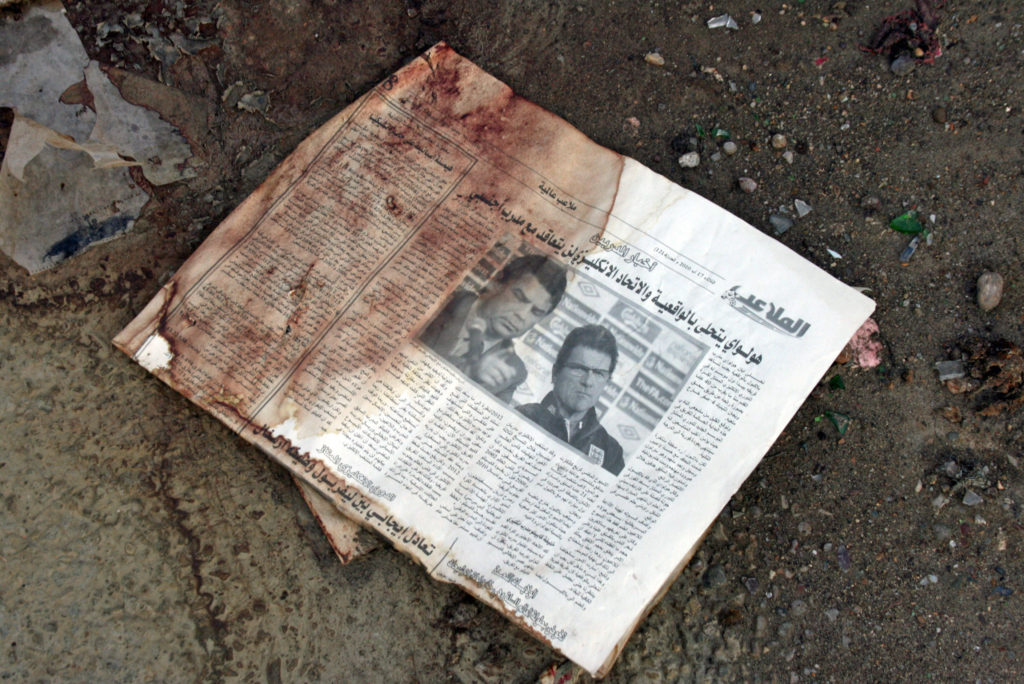 A bloodied newspaper on the grounds of the army headquarters in Baghdad shows traces of the suicide attack. Photo by Larisa Epatko

Mustafa Al Sadi, 19, of southern Baghdad said he has finished high school and is hoping to continue his studies in engineering in the United States in part because he is “afraid of bombs, thieves, of many things.”

His mother, Montaha, said her brother was kidnapped in 2004 and her family forced to pay $1,000 for his release. “We are not wealthy, but we are a merchant family,” which was probably why they were targeted, she said.

Jamal Al-Jawahiri, 52, might be an exception to those who express major security concerns. He and his wife moved to Baghdad in April 2003, just before the U.S.-led invasion of Iraq. Explosions were a nearly daily occurrence when sectarian violence was at its worst in 2006 and 2007, he said.

“But for me, for now, I don’t feel afraid from [Tuesday’s] explosion,” said Al-Jawahiri. Having lived in Iraq through the war with Iran, Kuwait, the first Gulf war and now the second, he said he still feels positive that things will improve in Iraq.

“I am an optimist for everything in my life,” he said. “Tomorrow will be better than today.” 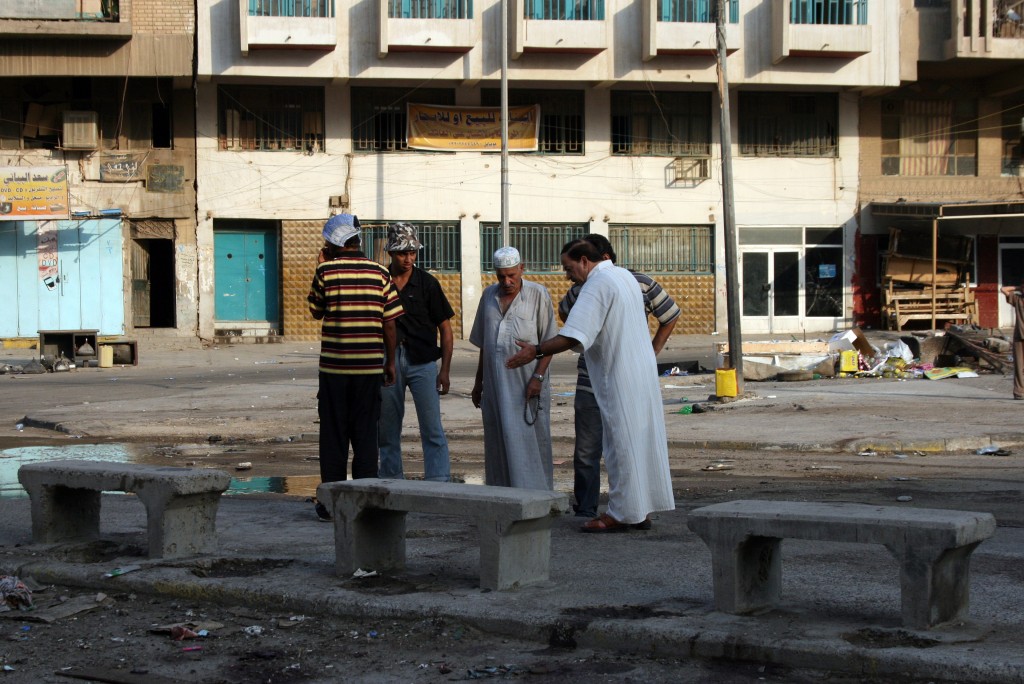 The army closed the square in Baghdad where the violence occurred for most of the day. By early evening, some Iraqis had returned to talk about what happened. Photo by Larisa Epatko 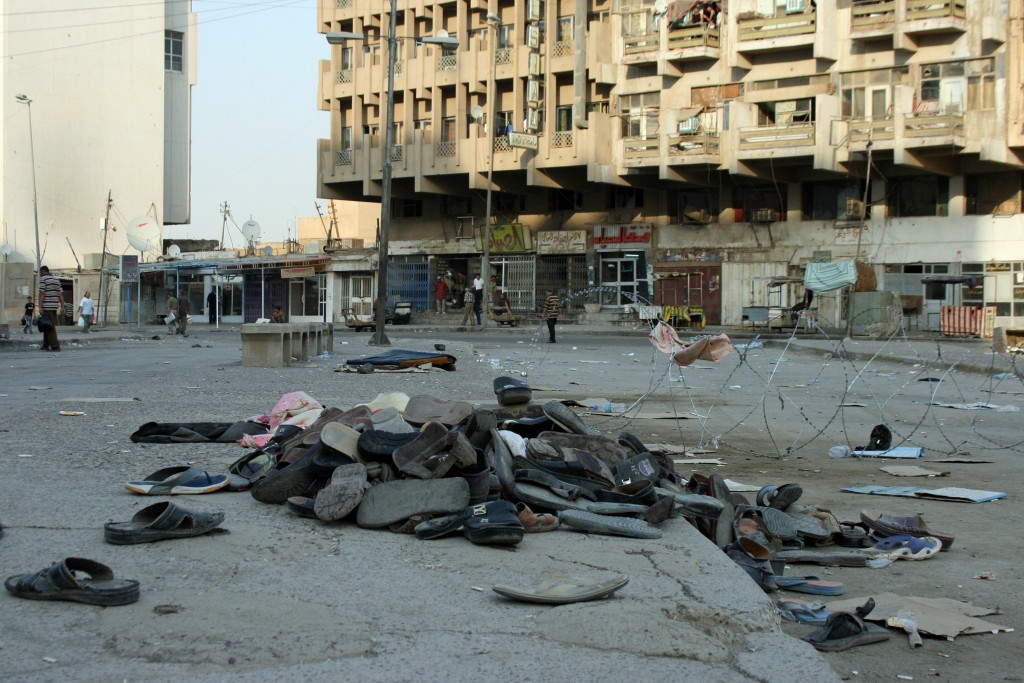 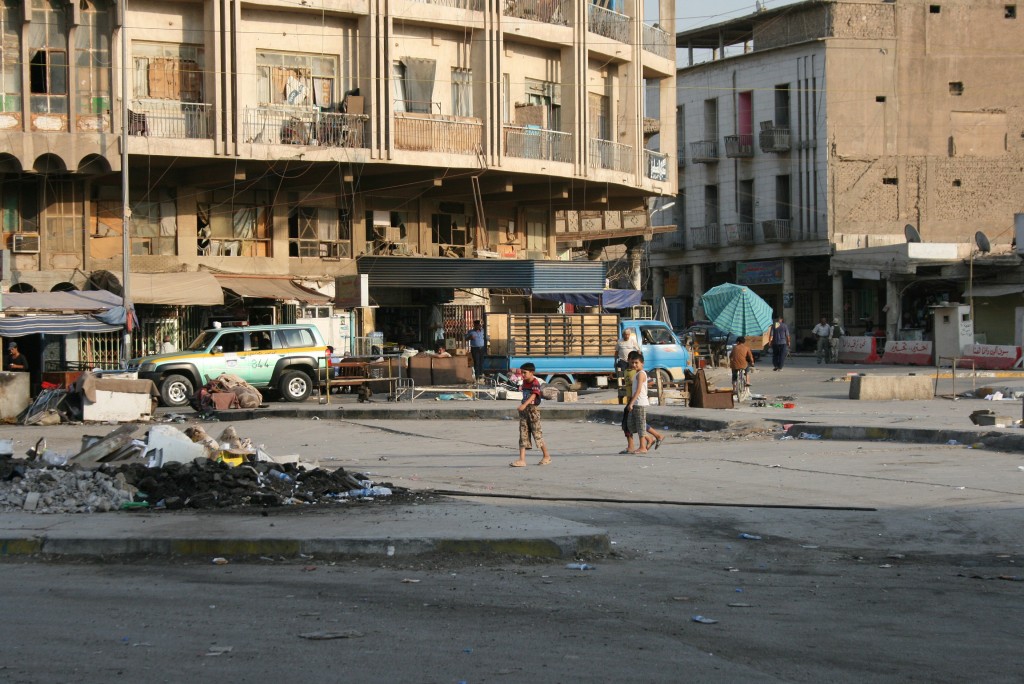 After the bombing, shops in the area began to reopen. Photo by Larisa Epatko 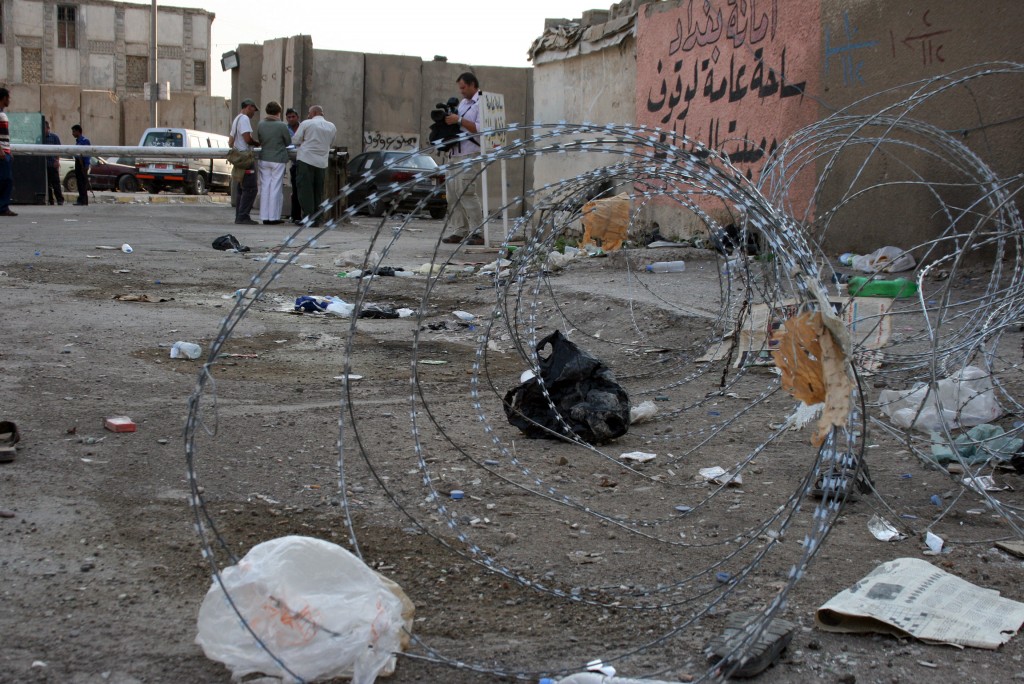 Iraqis are concerned that without a working government, security will be compromised and more attacks will occur. Photo by Larisa Epatko

Larisa Epatko is part of a NewsHour team reporting in Baghdad.

Left: An Iraqi boy looks at a pool of blood left by a suicide bombing at the army headquarters in Baghdad on Aug. 17, 2010. Photo by Larisa Epatko