The song “Deli”, performed by the Turkish rock group Mor ve Otesi, describes being half sane and half insane, but really it’s about being “in between,” says lead singer Harun Tekin. It’s about asking, “Where do I belong?”

The song’s message of being “in between” touches on Turkey’s international persona of being a bridge between East and West — literally, crossing the Bosphorus Strait in Istanbul takes you from Asia to Europe. In addition, Turkey, a majority Muslim nation ensconced in a secular tradition, is seen as connecting the Muslim and Christian worlds as it increases its dealings with Europe and other Western countries. Turkey also is using its “bridge” status to try to navigate problems in the Middle East, such as helping mediate talks between Israel and Syria.

But while Turkey’s strategic geographic location elevates it regionally and internationally, its position at the intersection point of so many worlds generates questions among some of its 70 million citizens about who they are.

“We don’t have a well-developed sense of citizenship. There is a strong identity, obviously, but in my judgment that identity is really a bit troubled because this is a country which never really dealt with any of its historical baggage. And part of the problems that it faces these days stem from the fact that it has not faced up to the legacy of its own history,” he said. 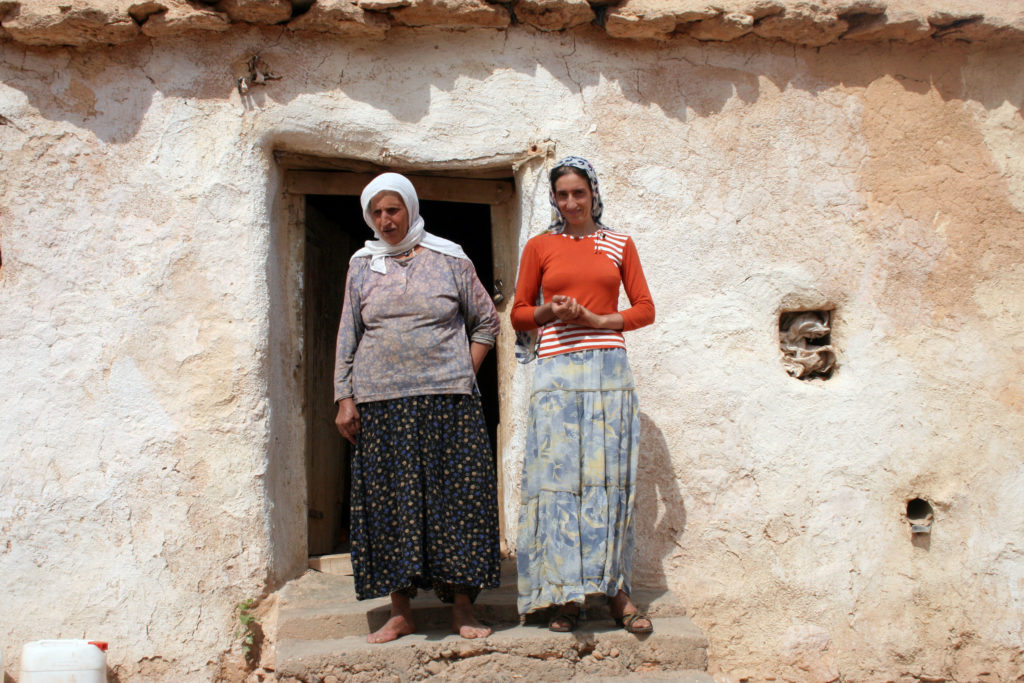 Mother and daughter living in a village near Diyarbakır, Turkey. Photo by Larisa Epatko/PBS NewsHour

That legacy includes repression of Turkey’s largest ethnic minority, Kurds, following the collapse of the Ottoman Empire after World War I and the rise of the Republic of Turkey in 1923. At the time, Turkey drove out other ethnicities such as Armenians and Greeks, and clamped down on the large Kurdish population. Restrictions on Kurdish-language education and broadcasting are still in place today.

Turkey’s current efforts to join the European Union, which requires member countries to protect the rights of its minorities, are bringing issues such as ethnic identity and treatment to the front burner. And as these issues come out, the process of dealing with them has been difficult, Ozel said.

Turkish-born professor Henri Barkey, chairman of the Department of International Relations at Lehigh University in Pennsylvania, argues that “in the case of Turkey, the reason why all these sub-identities are coming to the fore is because they were suppressed for the longest time.”

But while other ethnicities in Turkey tend to call themselves Turks first, Kurdish people still say they are Kurds first, Barkey noted.

Those who try to cross the divide, such as filmmaker Huseyin Karabey who was born in Istanbul but whose parents and other relatives were born in the East, encounter some resistance. “Identity is the biggest confusion in Turkey, especially for people like me,” he said. “I call myself a Kurdish-Turkish citizen, but in the general public they don’t want to accept that definition.” 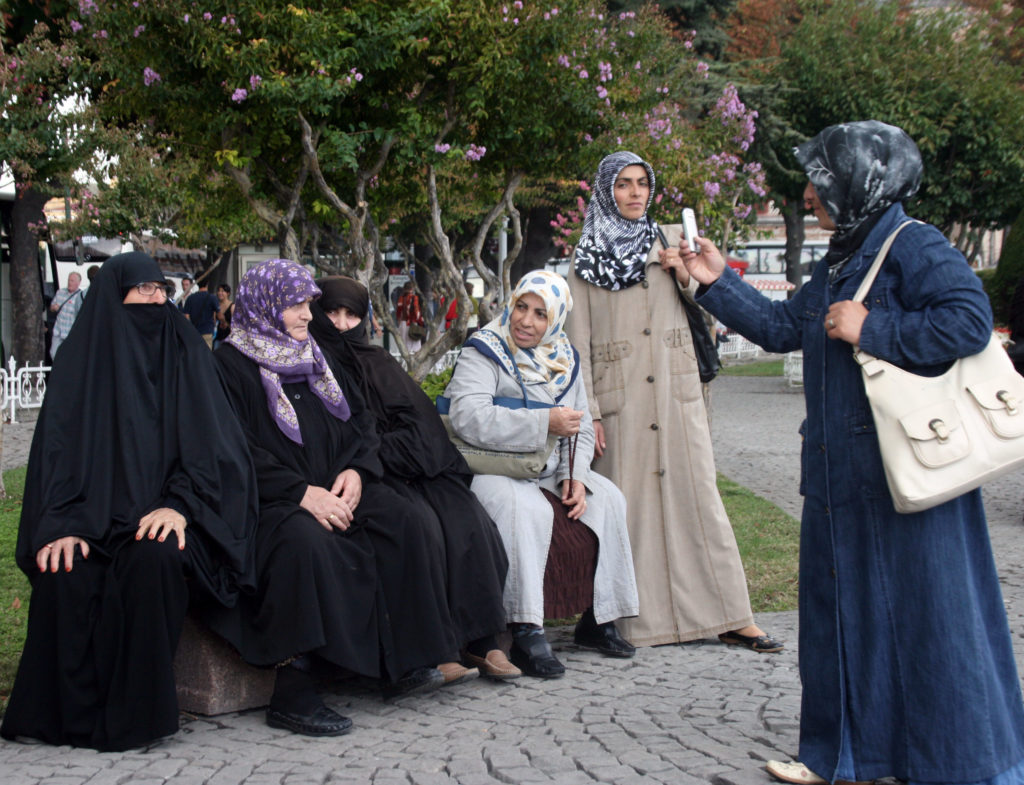 A cluster of women in a park in Istanbul, Turkey. Photo by Larisa Epatko/PBS NewsHour

Turkish nationalists complicate the issue, said Karabey. They deny there is Kurdish identity, but when you ask them who is a Turk, they can’t answer because the mainland of Anatolia is mixed with so many different races and nationalities, he said.

According to Barkey, the people who have the biggest difficulty defining Turkishness are the country’s secularists. On the one hand, they say they are Muslim but they also want to eliminate Islam from the definition of a Turk and make it purely about ethnicity, language, etc., he said. The ones who seem the most clear on the issue of identity are the leaders of the ruling AK Party, who are more religious and conservative and, therefore, more tolerant of including Islam in the definition, said Barkey.

Another remnant from the Ottoman era is the confluence of influences from other lands. Turkey is simultaneously a Balkan, Middle Eastern, Caucasian, Mediterranean and Aegean country, explained Ozel. And “you can see all aspects of the minority cultures that were left behind after the Ottoman Empire collapsed: in your language, in your food, in certain of your customs, you actually share that multicultural identity but without perhaps acknowledging it.” 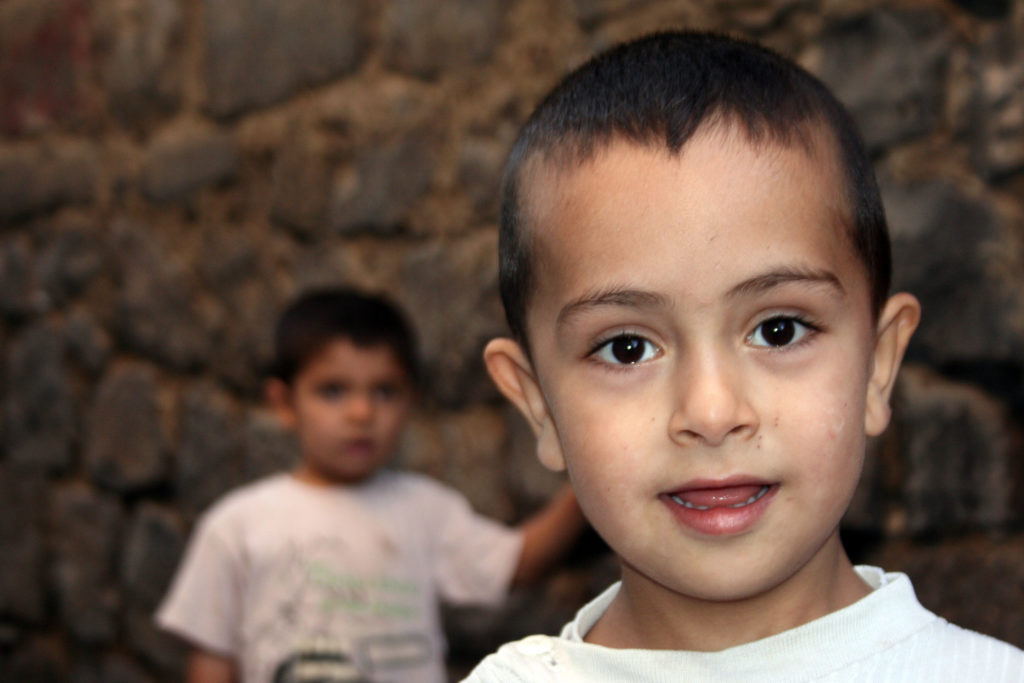 Another factor at play in Turkey’s makeup is the country’s large youth population. According to a variety of surveys, about half of the population is under age 25 and 60 percent is under age 45, said Ferhat Boratav, editor in chief of CNN Turk.

Sinemis Temel, a 19-year-old student at Sabanci University in Istanbul, said she worries her country is becoming more polarized because of religious and ethnic divisions and an economic gap in society. “Turkey is a country which has a big potential to polarize like a streak of lightning,” she said.

But overall, Temel said she is optimistic. “Turkey is a very young country” with a youth culture that values education and wants to work. And with everything that Turkey has to offer, it will persevere, she said.

Fellow Sabanci University student, Enes Molu, 21, pointed out another prevailing characteristic of Turkey: change. He described a recent visit to Venice, which, like Turkey, has a rich culture and history. But unlike Venice, he said, Turkey is constantly changing — on a national and even neighborhood scale. “This dynamic is what makes Turkey unique.”

Left: Workers outside of the city of Diyarbakır, Turkey. Photo by Larisa Epatko/PBS NewsHour