Legendary military, air show and test pilot Robert “Bob” Hoover, who survived more than his share of close calls, died Tuesday at age 94 near his home in Southern California.

Among other things, Hoover was famous for being the chase pilot for Chuck Yeager, who set an aviation record by breaking the sound barrier in 1947. Hoover went on to set his own transcontinental and “time to climb” speed records. 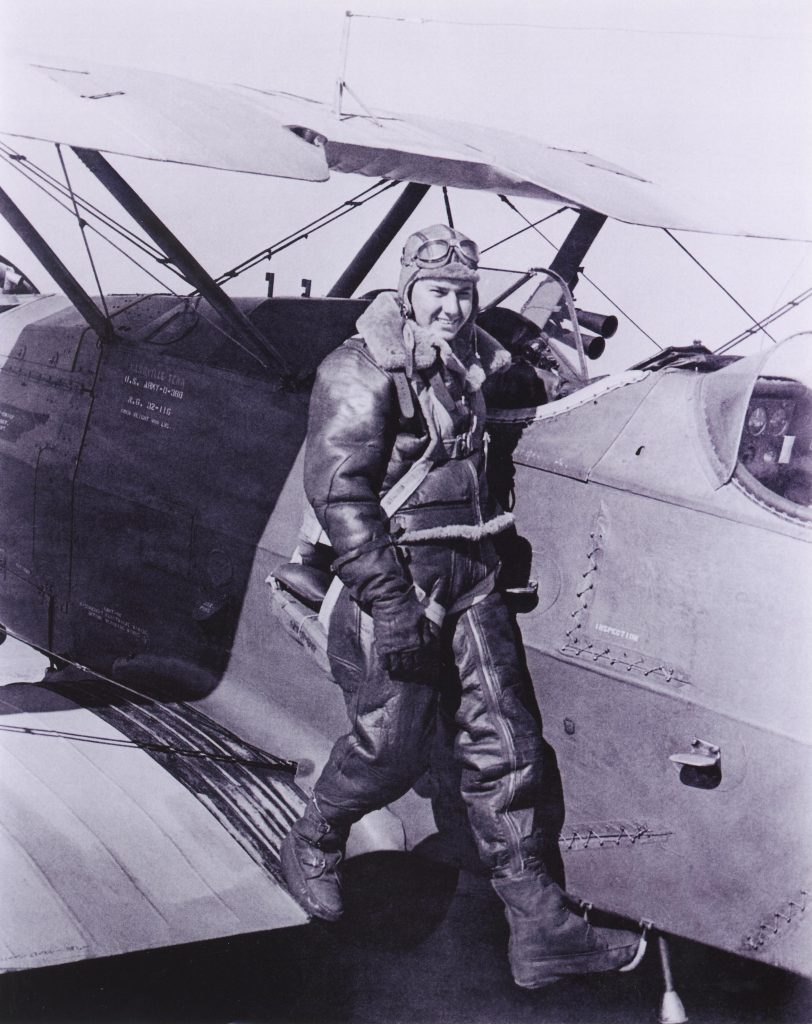 During World War II, Hoover’s Spitfire was shot down and he was taken to a German prison camp. He escaped by stealing a German Focke-Wulf FW 190 and flying to the Netherlands.

He flew test flights for the F-86 Sabre, among other aircraft, and he shared his tricks with pilots during the Korean war.

From the 1960s through the 1990s, Hoover flew in hundreds of air shows in a canary yellow P-51 Mustang and the Shrike Commander, which he put through rolls and loops. He wowed the crowds with his show closer — cutting both engines, flying a loop and touching down on one tire, then the other.

His enduring advice to fellow pilots was, “When faced with a forced landing, fly the airplane as far through the crash as possible.” He should know, as he explained in this 2010 talk at the National Air and Space Museum:

Bob Hoover describes some of his harrowing flying experiences.

His Shrike Commander is on display at the National Air and Space Museum’s annex, the Udvar-Hazy Center in Chantilly, Va. According to NASM’s director Gen. John Dailey, Hoover taxied it right into the hanger.

We mourn the passing of our friend Robert A. “Bob” Hoover, "The Greatest Stick and Rudder Man Who Ever Lived.” pic.twitter.com/RNElnHfoMP

So sad to hear about the passing of Bob Hoover. He was an amazing pilot and wonderful person. Thank you for your contributions to #aviation pic.twitter.com/XTpDu5dgmF

Left: Pilot Bob Hoover poses with the airplane he once flew, the Spitfire, at the National Air and Space Museum in Washington, D.C. on March 7, 2007. Photo by Marvin Joseph/The Washington Post/Getty Images