When wedding season rolls around and that invitation to the nuptials arrives, it can be a mad dash to get the newlyweds just the right gift.

Kendall Webb fondly remembers the Hummel porcelain figurine she received … kind of. “You’re supposed to put it on your shelf,” she laughs. “There are all these jokes about wedding gifts that you never want — certain blenders and things like that.”

If you ask Miss Manners, “Registries are never proper. … It is simply never polite to ask someone to buy you a present.” Some couples might even have a no-gift policy, but there are still many well-meaning souls who want to get them something.

That’s where Webb comes in. She is the founder and executive director of JustGive.org, a San Francisco-based website where brides and grooms can register to have their guests donate to a charity instead of buying them that unwanted blender or toaster.

Other websites provide the same service, but JustGive.org is also a database of more than 1 million charities that people can search — based on their interests — to send a donation. Corporations can use it to create “gift card” donations to distribute at conferences or to employees at bonus time.

Webb came up with the idea in the 1990s while working for a website that sold drugstore items, such as toothpaste and cold cream. It was a time of booming online startups with plenty of funding from venture capitalists and workers eager to develop their web skills.

But she noticed, even with the abundance of new websites, an absence of nonprofit companies using the Internet for philanthropic purposes. The few companies Webb encountered that were delving into the philanthropic sector were doing so as a way to make money, she said.

“So that was when I decided to quit my job and bring the Internet to the philanthropic sector as a nonprofit,” said Webb.

She decided to set up a nonprofit “donor-advised fund” website, to help connect donors to charities, but was told her website would have to be a for-profit since the technology then was so expensive. “But I said I’ll just pool all of the people and companies who are on the for-profit side and are successful, and get them involved.”

She and her team built a board of directors and advisers out of people from flourishing Internet companies, acquiring their expertise and start-up funding. JustGive.org “became kind of the philanthropic child of the successes of the for-profit Internet world,” she said. 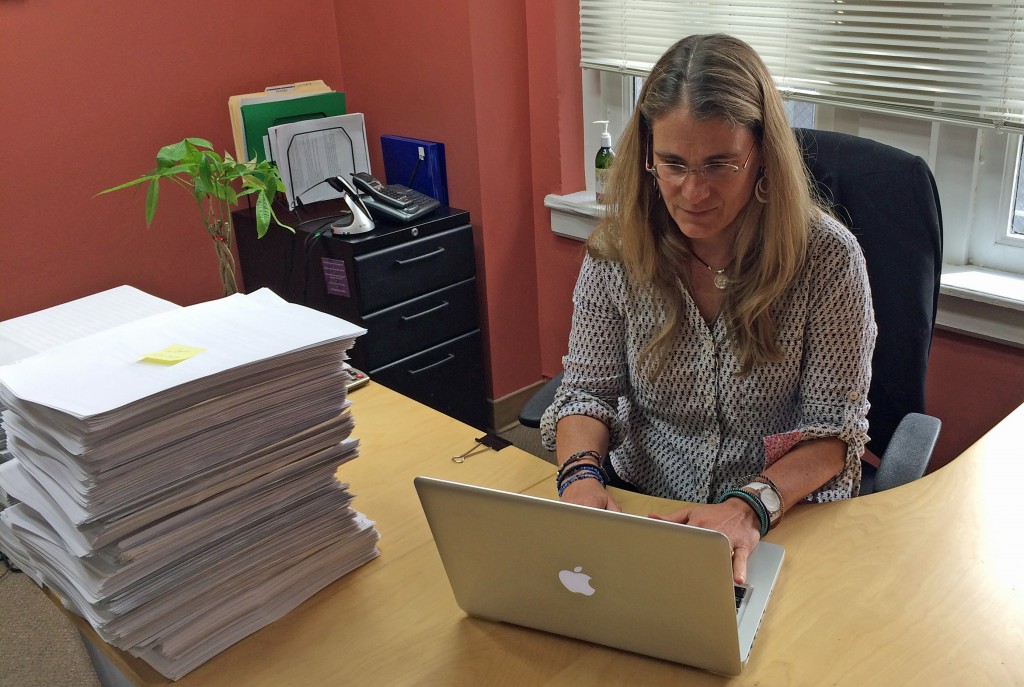 At the time the website launched in October 2000, there were about 680,000 nonprofits. That number has nearly tripled to 1.8 million today, said Webb.

To help donors select charities in that ever-growing list, JustGive.org allows users to search by 19 categories, including animals, environment, children and the homeless, or by their zip code if they’d like to give locally.

People can click on the charity name to find out about its mission, projects, board of directors, size and budget, to get a sense of how much of an impact their donation could make.

With so many charities going into and out of existence, JustGive.org updates its list with data from the IRS, which assigns each charity an identification number, and from GuideStar, which edits the IRS information to create its own library of all nonprofits.

On average, people give to six to eight charities per year, said Webb. (See more charitable giving statistics from the National Philanthropic Trust.) So users of JustGive.org can sign up to give a one-time or monthly donation to as many charities as they would like, and at the end of the year can print out a receipt of all of their donations for tax purposes. “It’s kind of an Amazon equivalent of charitable giving, where you would have a giving history,” and can repeat it year after year with a few clicks on the website, she said.

The cost of donating on JustGive.org is 4.5 percent of the amount of the donation, which includes a 3 percent charge levied by the credit card company and 1.5 percent that goes toward JustGive.org’s overhead. The website also charges corporations licensing fees for its services.

People can purchase “gift cards” on the website for a small fee to provide a donation in someone else’s name. Corporations, such as American Express, Microsoft and Discover, have started buying the gift cards in bulk, with their own company’s logo, to give to their customers and employees, said Webb.

JustGive.org started another product, the wedding registries, in 2006 in response to popular demand. Many couples getting married these days are either older or onto their second marriages, Webb said, and they already have set up their kitchens. Even couples getting married at a younger age are sometimes not interested in the fancy silverware or china place settings of yore. The donation registry pleases all parties.

On Webb’s wish list is the ability to expand the database to include international organizations. However, only a handful of countries have similar standards for monitoring charities as the United States, making it difficult to endorse them, she said. “It’s a huge challenge that no one’s figured out.”

She also would like to assess which nonprofits are the most efficient and effective, like people can do with stocks. “We’ve toyed with it, but other organizations have tried to do it and failed, so we’re watching on the sidelines.” Instead, people can enter feedback on the website about the charities, such as their experiences as volunteers, which donors can use to make their decisions.

Another of Webb’s goals is to entice companies that issue reward points, such as airlines, hotels and retail outlets, to give the reward recipients the option of redeeming their points for charity. Under this concept, customers or employees would be able to go to the company’s website and click on a button that would link them to a page operated by JustGive.org to donate their points as cash to a charity.

“It’s a whole new channel of fundraising for nonprofits, which they’re always looking for,” she said. “And it’s good for the donors, because they don’t look at their points as a bank account line item but as a perk that they can use for good.”

Left: Getting married? If you don't need a blender or table settings, why not register for a good cause? File photo from Getty Images