Several dozen veterans from Kentucky marked Memorial Day this year with an early visit to Washington, D.C., made possible by the Honor Flight program, which brings veterans and their guardians to the nation’s capital for free.

Some in their 80s and 90s, these men and women served in combat and as medics and mechanics, in the freezing cold of Germany and France during World War II, to the tropics of Vietnam. They spoke ill of war itself but admiringly of each other. And they were grateful for the applauding crowds that greeted them as they visited the World War II, Korean War and Vietnam memorials, many for the first time on May 10. 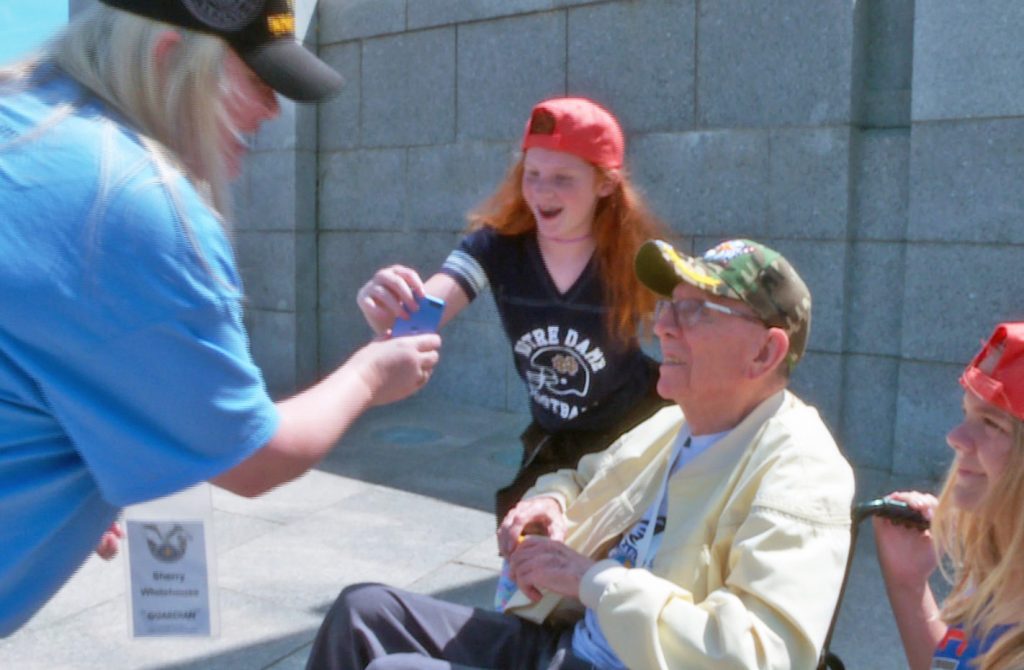 Some admirers get their picture taken with one of the visiting Kentucky veterans. Photo by Larisa Epatko/PBS NewsHour

“When war is thrust upon you, you have one of two alternatives: to conquer or be conquered,” said Gus Ridgel, who served in Korea. After a visit to the memorials and Arlington National Cemetery, he said, “It’s impressive when you look at the recognition that the men and women who have died over the years, for your generation to be able to breathe a breath of freedom.” 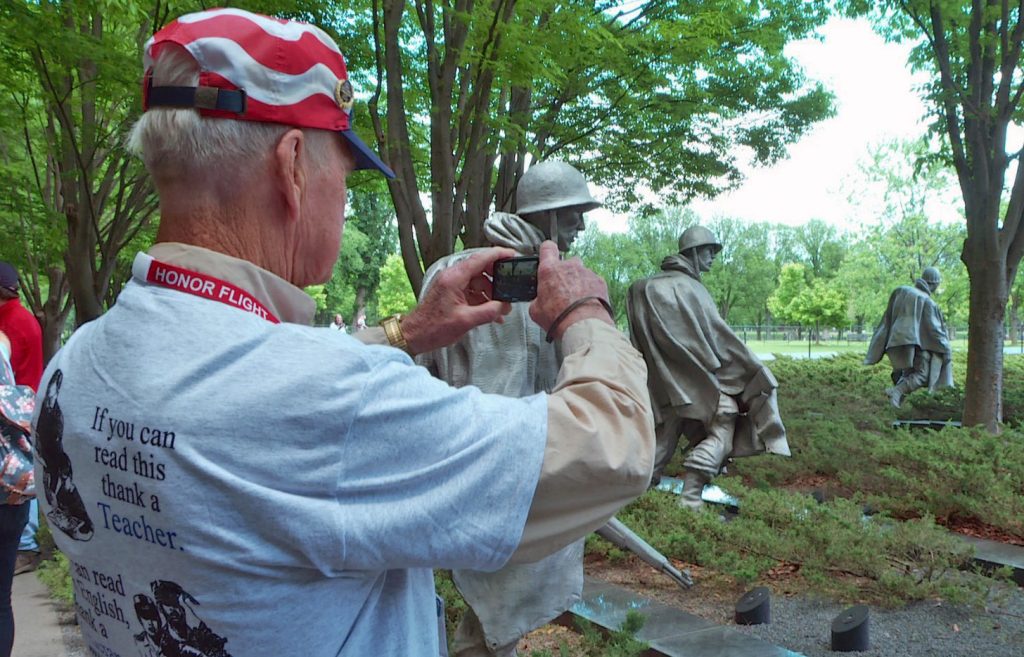 A veteran takes a snapshot of the Korean War memorial in Washington, D.C. Photo by Larisa Epatko/PBS NewsHour

“I was in Italy, but I’m no hero,” veteran Robert Cox said. “I didn’t do anything great, just what I was told to do. I was overwhelmed. I didn’t expect that big of a crowd and I didn’t expect all the reception we got here, just amazing.”

Documentary by Jailen Leavell, a senior at Pleasure Ridge Park High School in Louisville, Kentucky, and a member of our Student Reporting Labs.

Left: A veteran from Kentucky tours the World War II memorial in Washington, D.C., with his guardian on May 10. Photo by Larisa Epatko/PBS NewsHour