Along with his snarling baritone and swiveling hips, Elvis Presley apparently was known for his gunslinging. The story goes that as he watched singer Robert Goulet performing on television one night, he shot out the screen of his 25-inch RCA TV.

“There was nothing Elvis had against Robert Goulet. They were friends,” Kevin Kern, a spokesman for Presley’s home and museum Graceland in Memphis, Tennessee, told the Associated Press in 2006. “But Elvis just shot out things on a random basis.”

A TV with a bullet hole is one of the items on display in a new $45 million entertainment complex that opened Thursday across the street from the singer’s longtime home, Graceland. “You’re getting the full gamut of who Elvis Presley was,” said Priscilla Presley, wife of the late singer, at the grand opening.

The exhibit also displays some of his spangled outfits, guitars and car collection, including an MG convertible. “You’re getting to see and participate a bit in his life and what he enjoyed and what he loved to collect,” she said.

Explore more of The King’s new complex with these photos from Reuters. 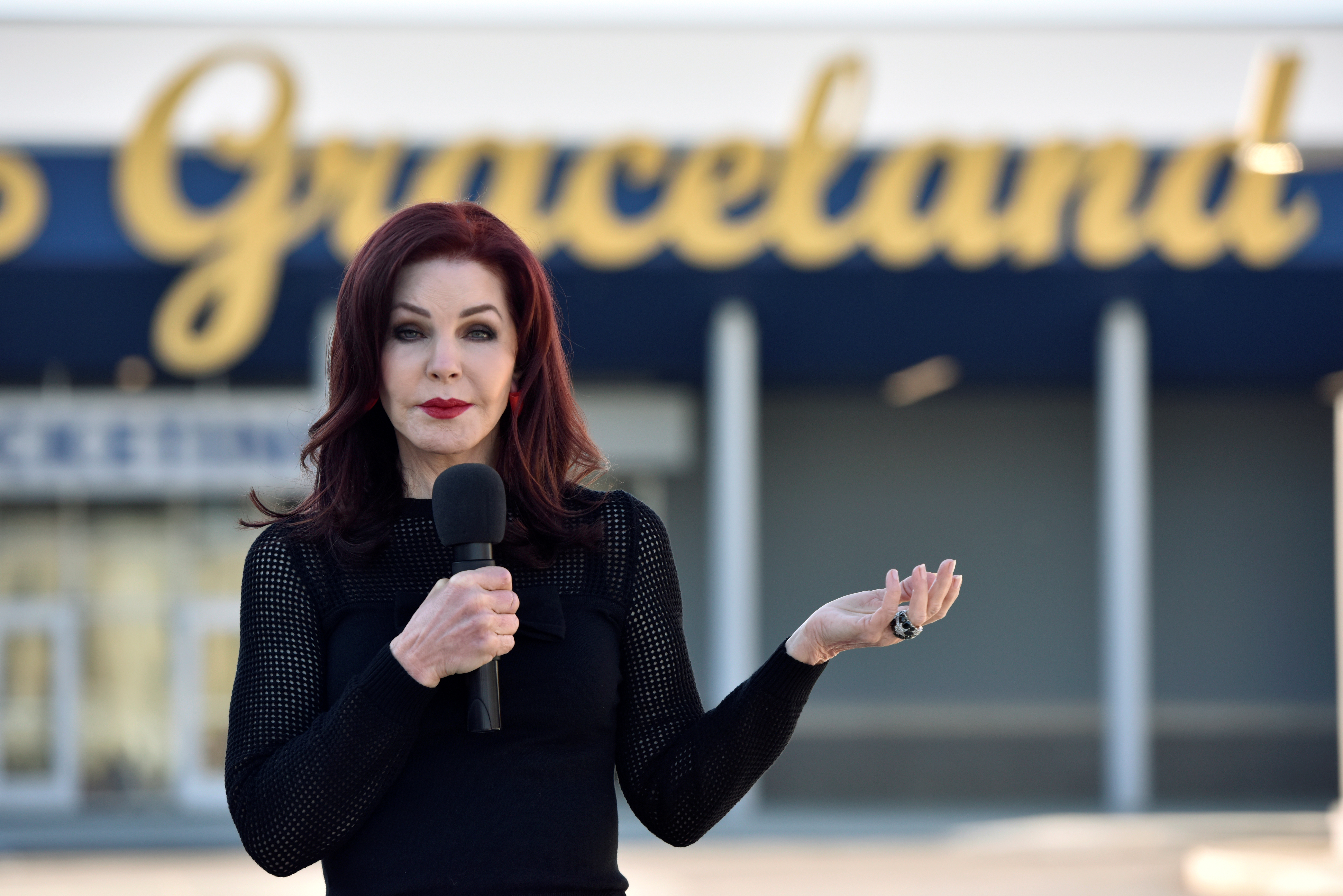 Priscilla Presley, wife of the late singer Elvis Presley, speaks to fans at the grand opening of the $45 million entertainment and museum complex in Memphis. Photo by Brandon Dill/Reuters 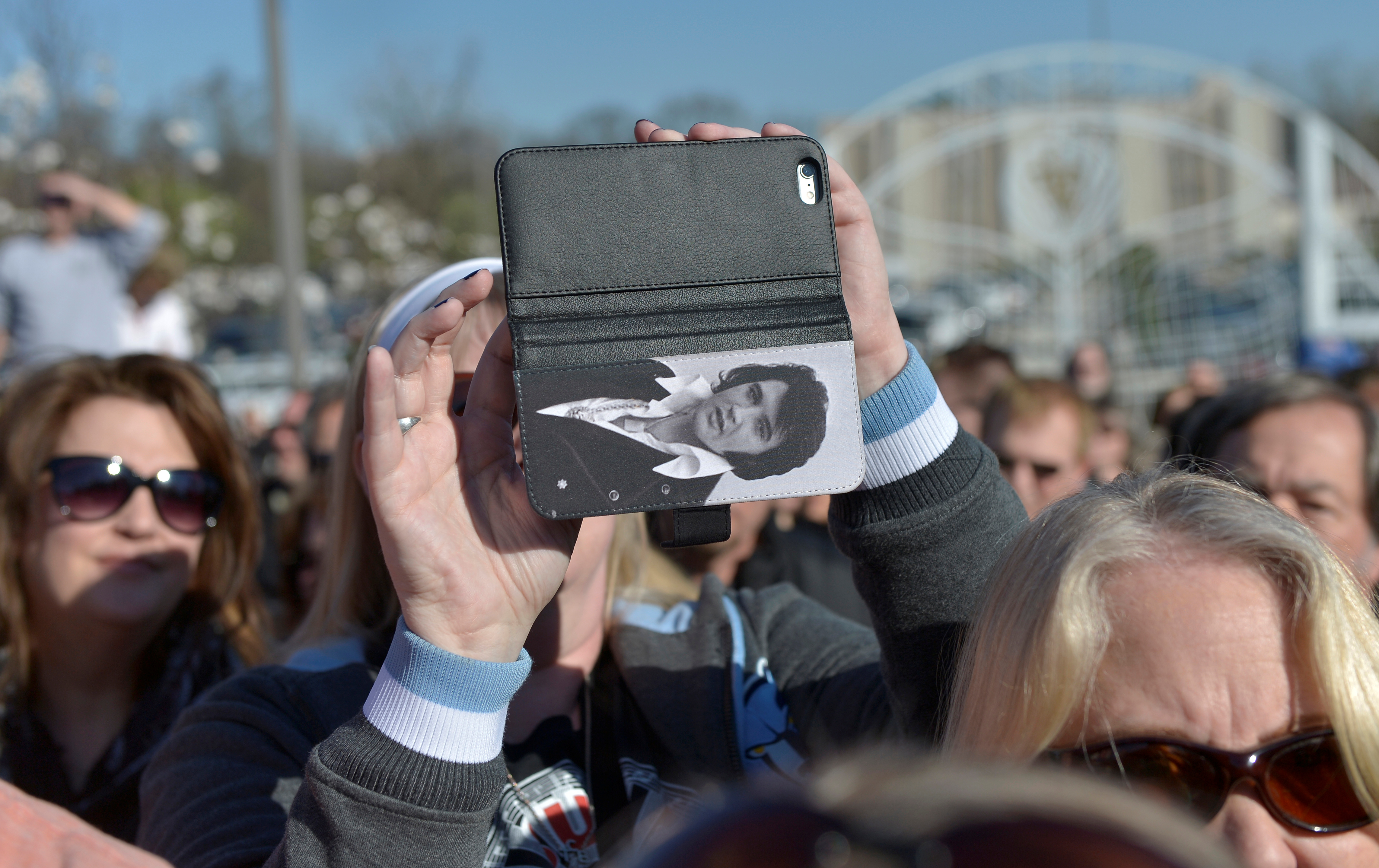 A woman takes a photo with her cell phone before entering the complex on March 2. Photo by Brandon Dill/Reuters 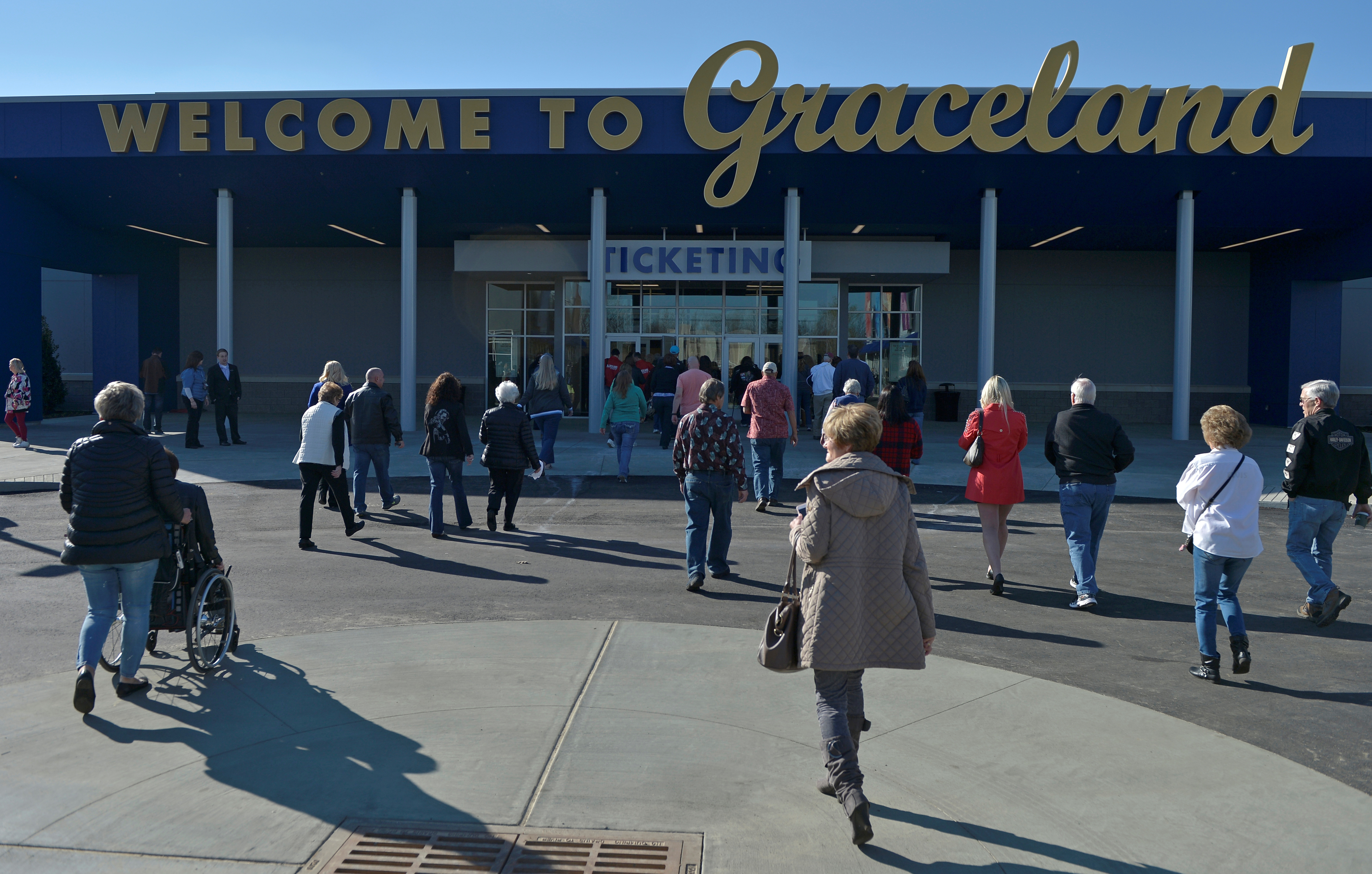 Elvis Presley fans walk in to the ticket office at the grand opening of a complex showcasing the late singer’s belongings. Photo by Brandon Dill/Reuters 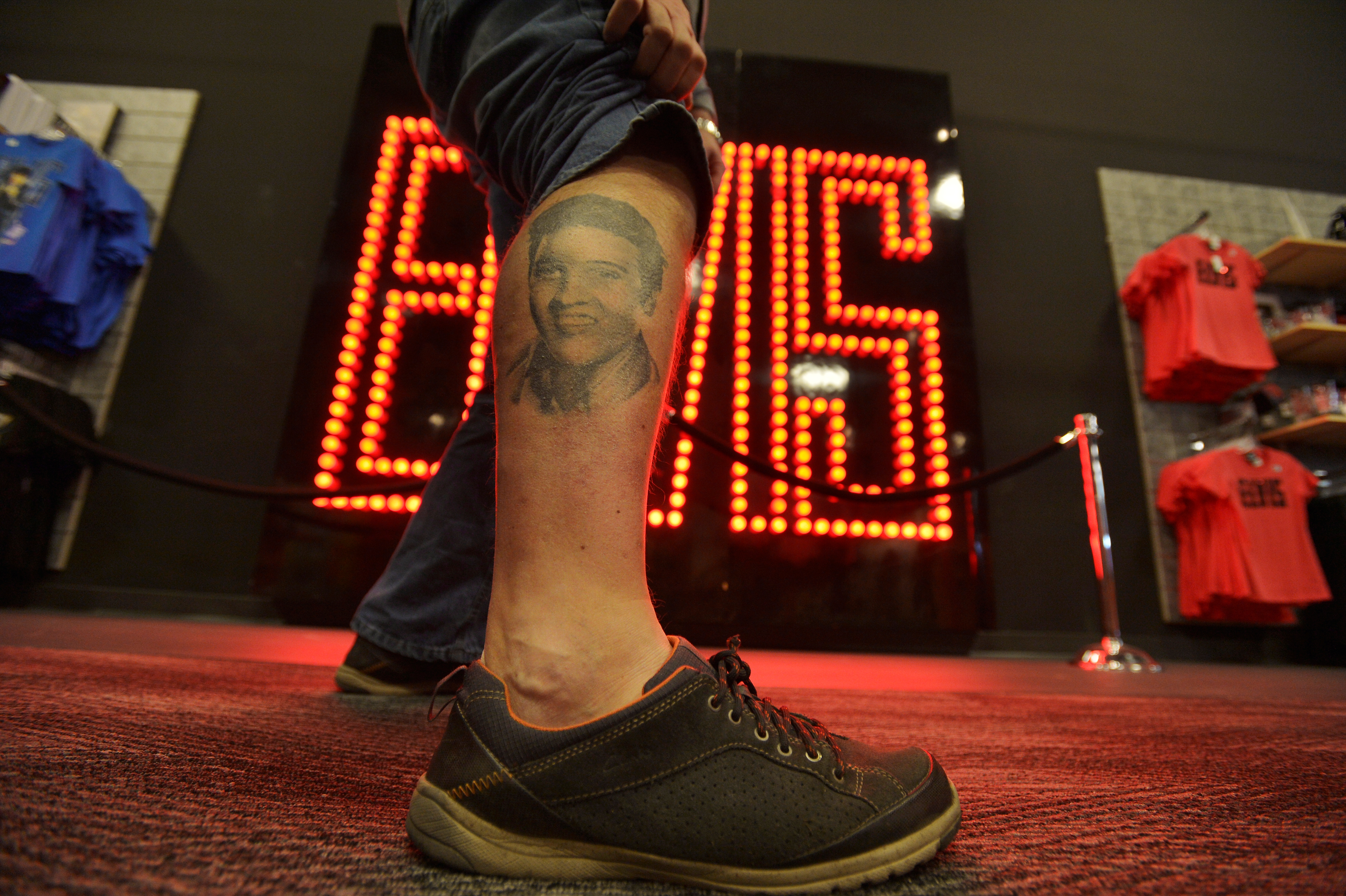 Paul Winter of the United Kingdom, shows off his tattoo of Elvis Presley during the grand opening of the new Elvis Presley’s Memphis in Tennessee on March 2. Photo by Brandon Dill/Reuters 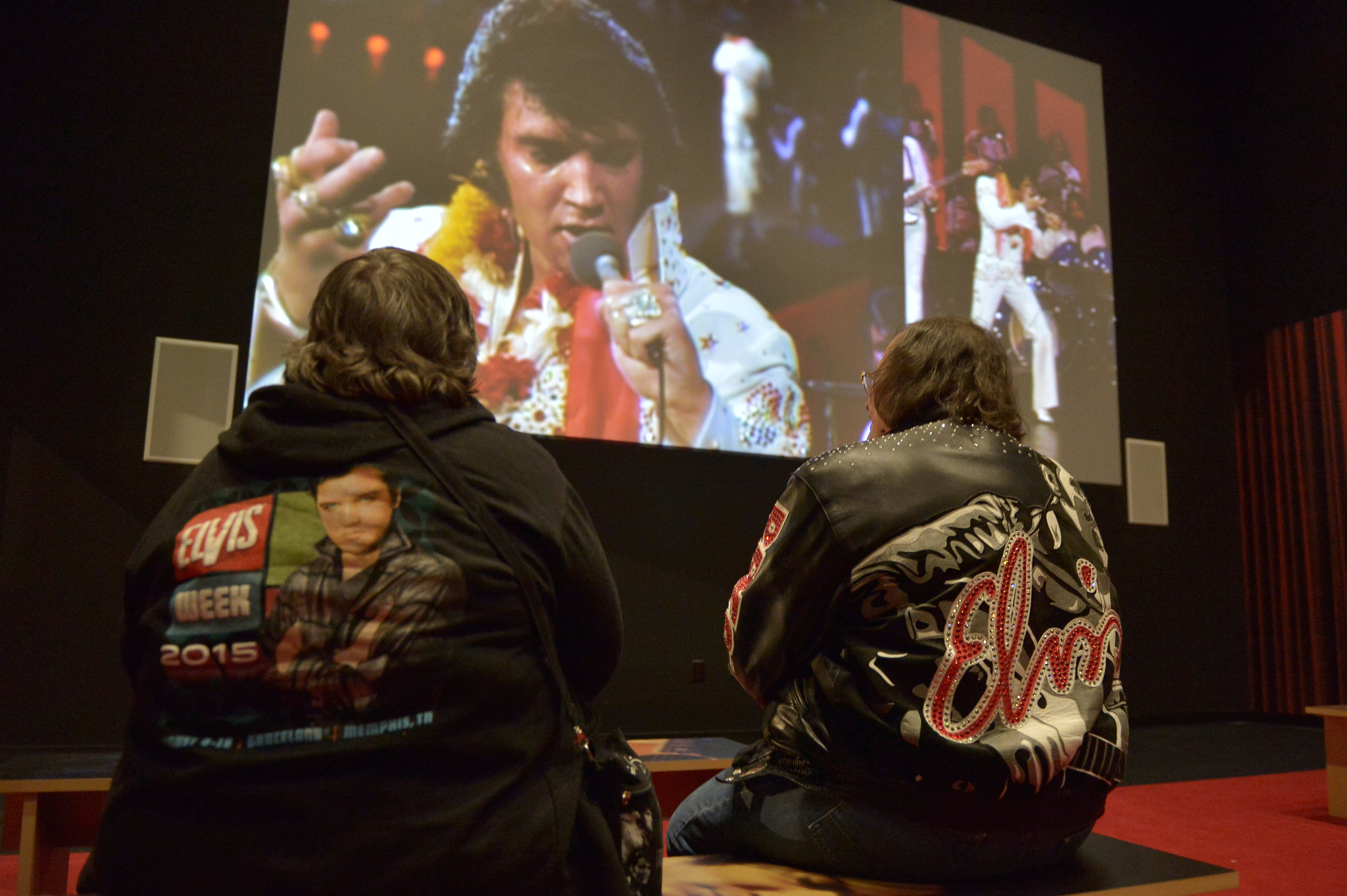 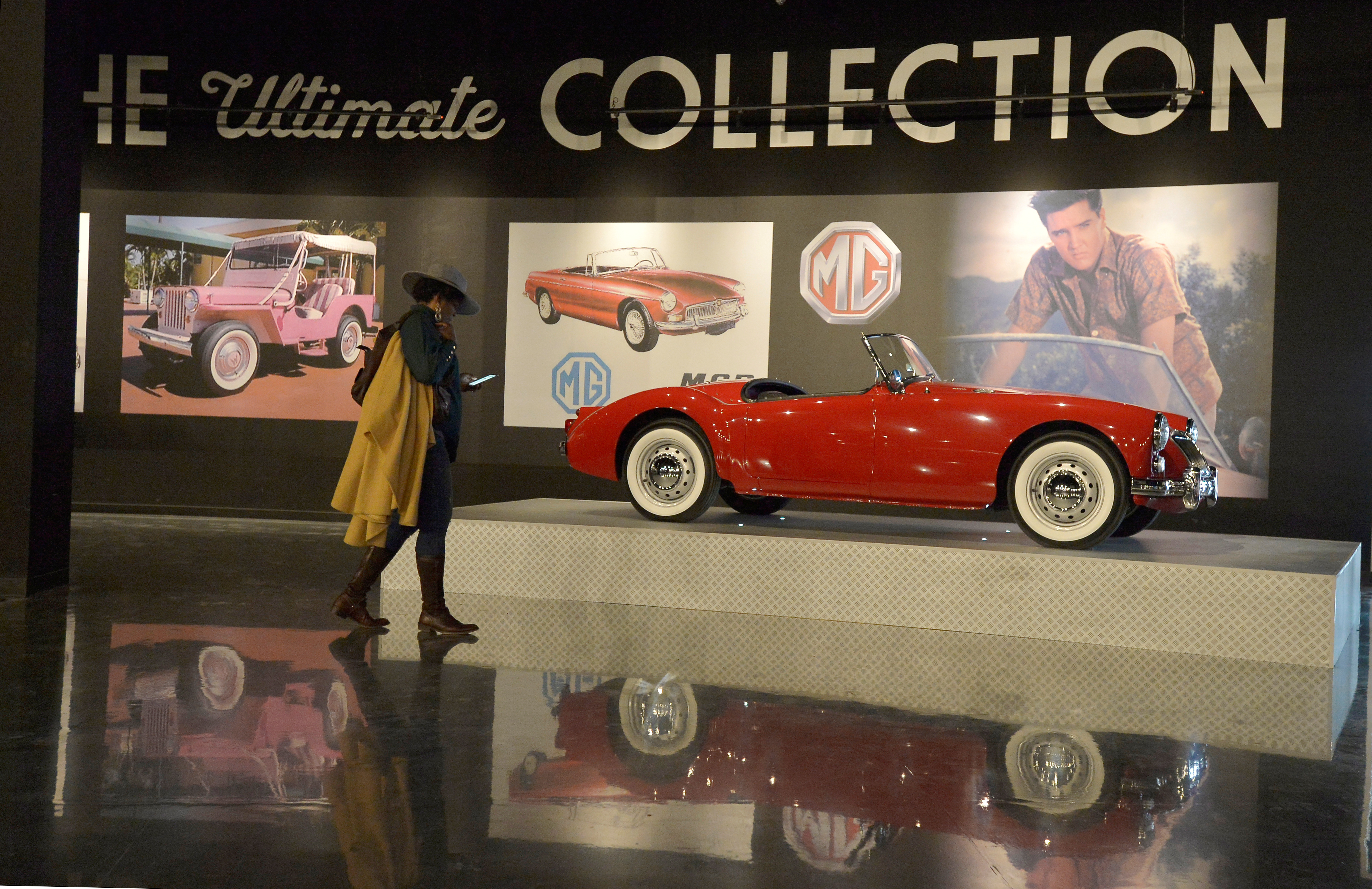 A woman walks past an MG convertible inside the Presley Motors Automobile Museum at the new complex. Photo by Brandon Dill/Reuters 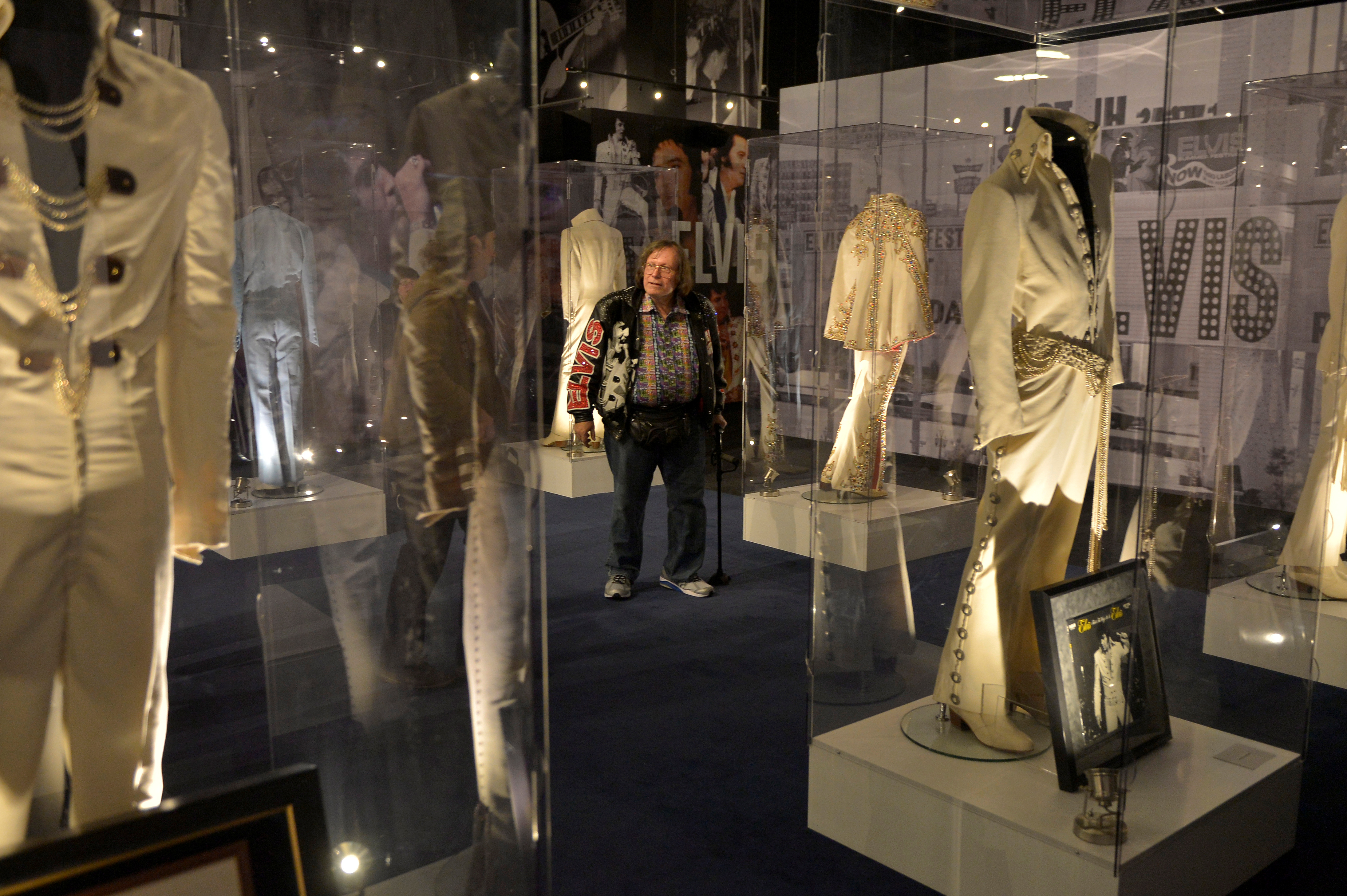 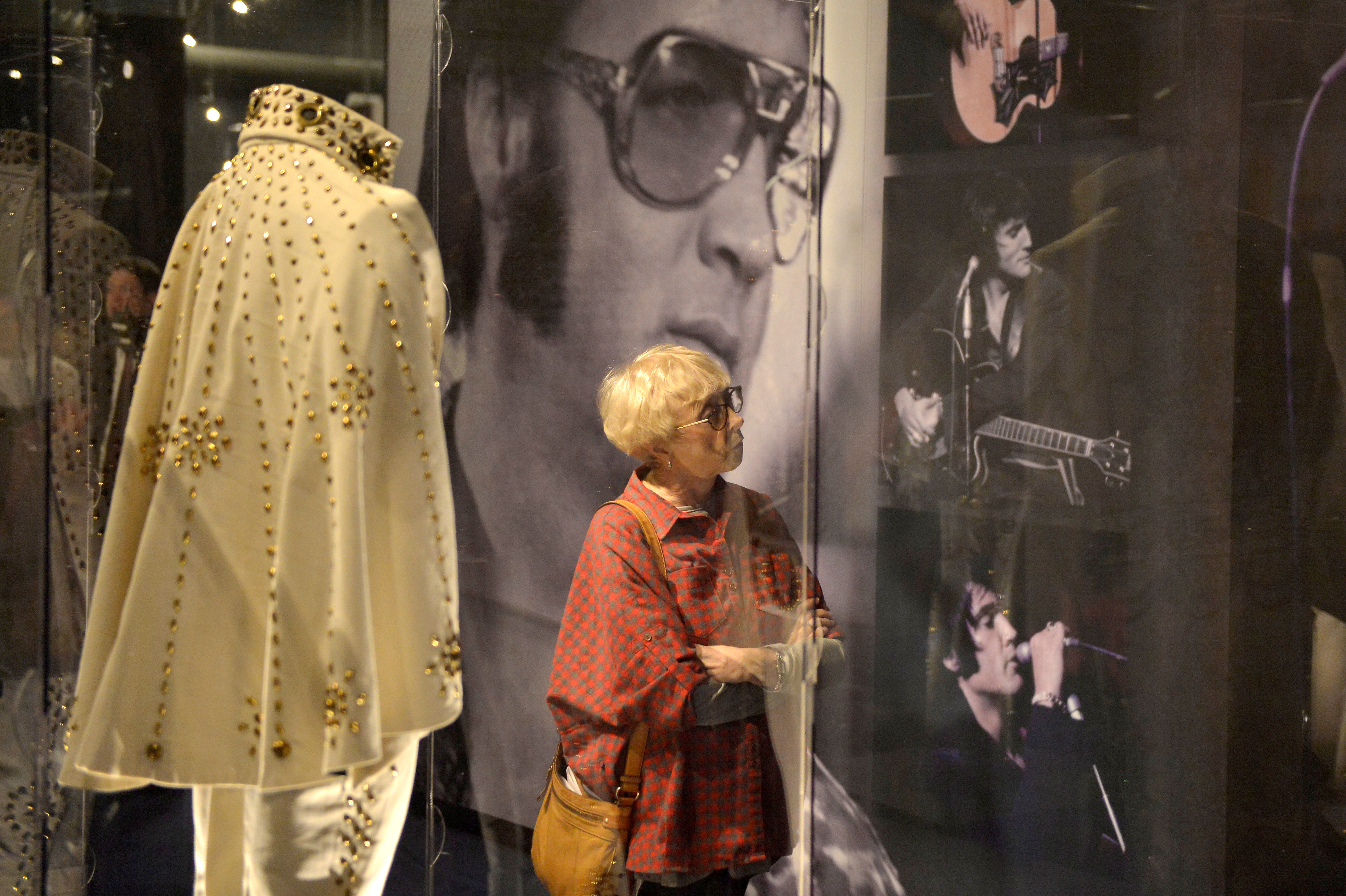 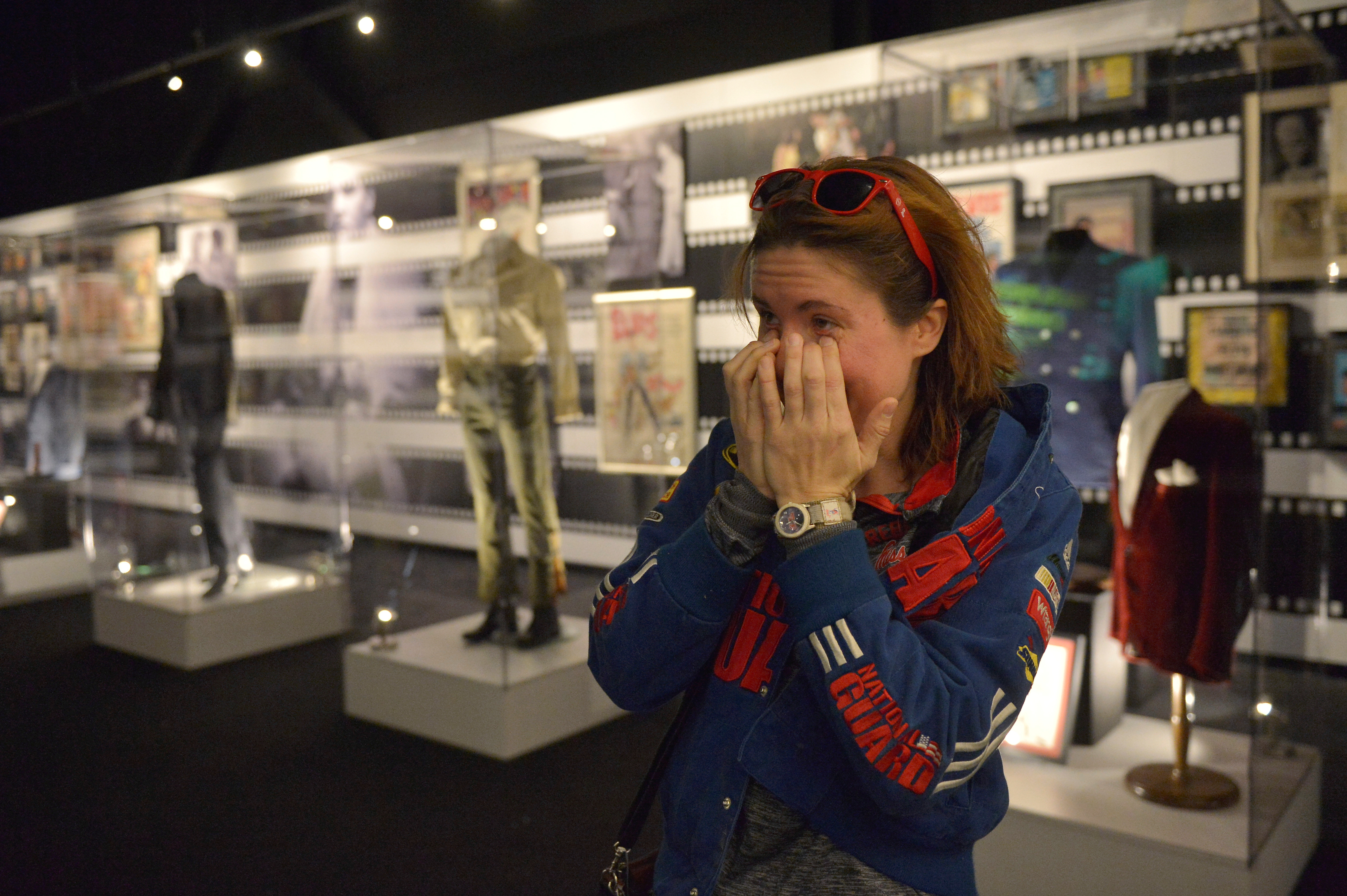 Left: A television with a bullet hole in the screen is one of the items on display at the new Elvis Presley complex across the street from his home Graceland. Photo by Brandon Dill/Reuters