Rex Tillerson out as secretary of state; CIA Director Mike Pompeo will replace him

President Donald Trump announced the departure of Rex Tillerson as secretary of state on Tuesday, saying he will be replaced by CIA Director Mike Pompeo.

In a tweet, President Trump added that Gina Haspel will become the new director of the CIA, “the first woman so chosen.”

“Rex and I have been talking about this for a long time,” Trump told reporters before boarding a flight to California. “We disagreed on things,” he added, specifically citing the Iran nuclear deal. “I think it’s terrible, I guess he thought it was OK. … We were really not thinking the same.”

As for Pompeo, “we’re always on the same wavelength,” Trump said.

“I am deeply grateful to President Trump for permitting me to serve as director of the Central Intelligence Agency and for this opportunity to serve as secretary of state,” Pompeo said in a statement provided by the White House. “His leadership has made America safer and I look forward to representing him and the American people to the rest of the world to further America’s prosperity.”

Haspel said in a statement: “After 30 years as an officer of the Central Intelligence Agency, it has been my honor to serve as its deputy director alongside Mike Pompeo for the past year. I am grateful to President Trump for the opportunity, and humbled by his confidence in me, to be nominated to be the next Director of the Central Intelligence Agency.” 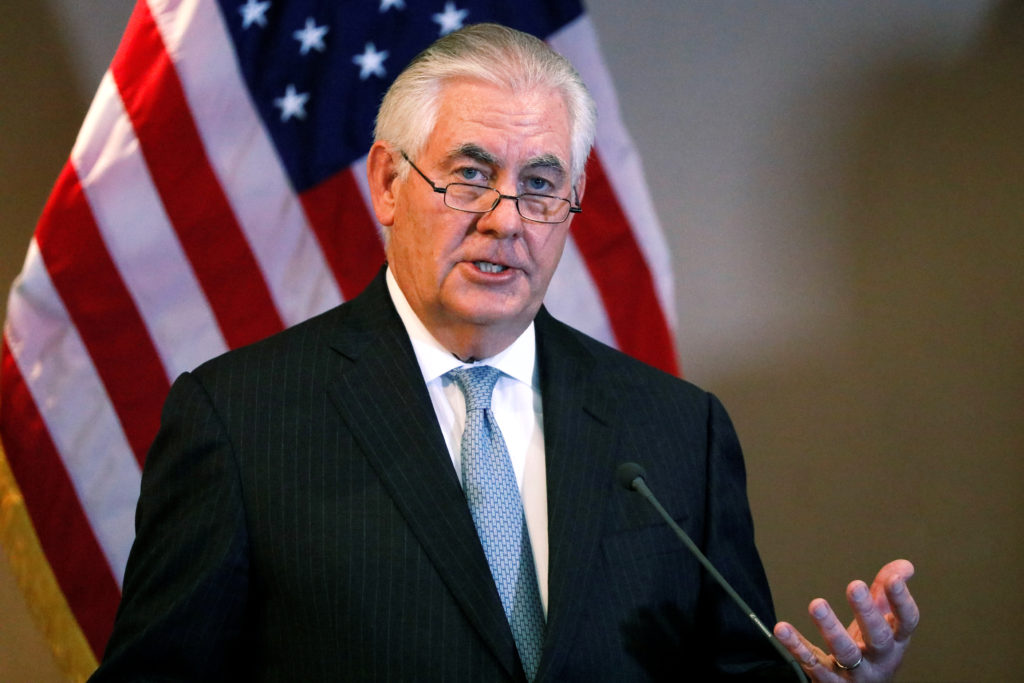 Secretary of State Rex Tillerson participates in a news conference with Ethiopia’s Minister of Foreign Affairs Workneh Gebeyehu after their meeting in Addis Ababa, Ethiopia, on March 8. Photo by Jonathan Ernst/Reuters

Tillerson cut short a trip to five African nations after reportedly being told of the decision. His message was often at odds with that of President Trump, most recently condemning Russia in stronger terms than the White House for a nerve agent attack on a former Russian spy in the UK.

When the president accepted North Korean leader Kim Jong Un’s invitation to meet, Tillerson said he wasn’t involved in the decision. “That’s a decision the president took himself. I spoke to him very early this morning about that decision and we had a good conversation,” Tillerson told reporters in Djibouti.

“I want to thank Rex Tillerson for his service,” Trump said in a statement on Tuesday. “A great deal has been accomplished over the last 14 months, and I wish him and his family well.”

Tillerson told reporters in the department’s briefing room Tuesday afternoon that his last day will be March 31 and that he is handing over responsibilities to Deputy Secretary of State John Sullivan. He thanked department employees and all Americans for their “devotion to a free and open society.”

He said more work needs to be done in Syria, stabilizing Iraq and defeating Islamic State militants, along with forging a relationship with China that benefits both countries and responding to Russian government activities.

The former chief executive of ExxonMobil said he will return to private life as a private citizen, proud of his work at the State Department. 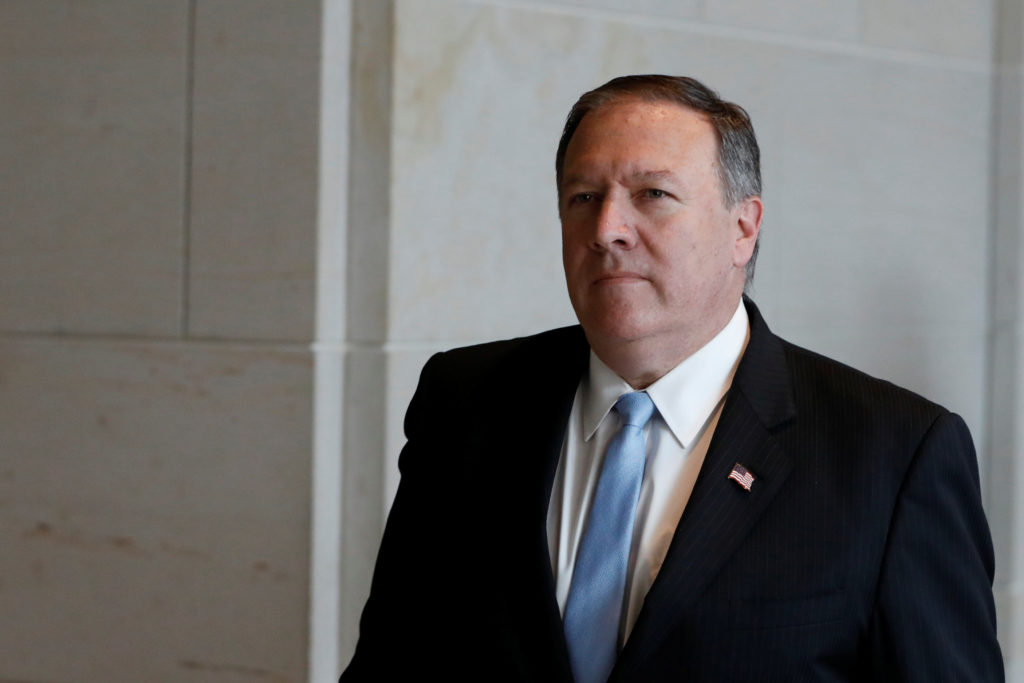 U.S. Ambassador to the U.N. Nikki Haley tweeted her congratulations to Pompeo:

“Mike is razor-sharp, a dedicated patriot, and possesses the type of experience that makes him an outstanding choice to be our next top diplomat,” said House Speaker Paul Ryan, R-Wis.

Senate Foreign Relations Chairman Bob Corker, R-Tenn., told reporters on Capitol Hill, “I’ve heard good things about Pompeo.” Corker said he spoke to the nominee and told him he would move forward with his confirmation hearing.

Sen. Chuck Schumer, D-N.Y., said in a statement: “The instability of this administration in just about every area weakens America. If he’s confirmed, we hope that Mr. Pompeo will turn over a new leaf and will start toughening up our policies towards Russia and (Russian President Vladimir) Putin.”

Sen. Jack Reed, D-R.I., ranking member of the Senate Armed Services Committee, also expressed concerns with the selections of Pompeo and Haspel: “During the confirmation process, they will both need to be honest and forthright with the American people concerning their records and articulate a strategy to deal with a variety of threats from North Korea to Russia and Iran.”

As for what comes next, Robert Manning, a resident senior fellow in the Atlantic Council’s Scowcroft Center for Strategy and Security, said, “Pompeo has been more alarmist and a bit more hawkish on North Korea than Tillerson, so in regard to the path ahead, the Trump-Kim Jong Un summit and beyond, it may presage a more rocky road.”

Left: President Donald Trump says he and former Secretary of State Rex Tillerson "disagreed on things" but he wishes him well.