This year’s Democratic and Republican National Conventions won’t look like anything the country has seen before.

The conventions will formally select former Vice President Joe Biden as the Democratic presidential candidate and renominate President Donald Trump for the Republicans. But amid the coronavirus pandemic, most events will take place remotely.

Traditionally conventions draw thousands of delegates, donors and party leaders to the host cities for several days of festivities. They give parties the opportunity to “tell the narrative of the party going into the fall,” said Joshua Scacco, a professor of political communication at the University of South Florida.

The 2020 presidential election was already set to be a contentious contest, but the pandemic, economic crisis and protests against racial inequality have heightened tensions and raised the stakes. While Trump will defend his record over the last four years and argue that he’s the best choice to lead in the next four, Biden will pitch himself as better qualified to get the country through its current hardships, many of which he’ll say were caused or exacerbated by Trump.

How are presidential campaigns proceeding amid the pandemic?

The still largely unchecked spread of COVID-19 in the U.S. has led to chaotic primaries and mostly virtual campaign events. Over the last five months, Biden has mostly relied on virtual appearances from at home in Delaware and small in-person meetings, while conveying a sense of urgency about the public health crisis. Trump temporarily suspended his in-person campaign visits in the first months of the pandemic, but kick-started them again earlier this summer as some states reopened their economies.

Trump launched an ad campaign in May focused on an American “comeback,” pushing that the pandemic was under control. He held a campaign rally on June 20 in Tulsa, Oklahoma, praising the country’s handling of the coronavirus. On June 23, Trump held a “Students for Trump” event in Phoenix, Arizona. On July 3, he addressed a crowded rally near Mount Rushmore. In recent weeks, however, he has not held other large-scale campaign events, and Trump acknowledged in July that the pandemic would “get worse before it gets better.”

Democrats pushed their convention back from mid-July to Aug. 17. The convention team implemented new health protocols, told delegates in late June not to travel to the host city and moved most events online. Finally, last week the convention organizers decided on a mostly virtual conference — no out-of-state speakers will travel to Milwaukee, but with Wisconsin-based guests will speak from the city’s Wisconsin Center. Biden and Harris will give their speeches remotely from a convention center in Wilmington, Delaware.

The Republican convention was initially planned in Charlotte, North Carolina. After the state’s Democratic Gov. Roy Cooper said that he would not allow for the convention to go forward as initially planned with tens of thousands of attendees, citing public health protocols, Trump announced the event would move to another state. Jacksonville, Florida, then became the home for most of the convention events and Trump’s nomination speech, while Charlotte was expected to remain the site for party business. But surging coronavirus cases in Florida and around the country ultimately compelled the president to cancel the Jacksonville proceedings and opt for a more virtual convention as well.

The Democratic convention will be held Monday, Aug. 17 through Thursday, Aug. 20. During the day, formal party business will take place behind the scenes: party caucuses will meet, and delegates will vote on the party platform, rules and the presidential nominee. The televised portion this year will take place from 9 p.m. to 11 p.m. ET, when, along with Biden and Harris, the convention will feature speeches from high-profile Democrats including former President Barack Obama, former first lady Michelle Obama, New York Rep. Alexandria Ocasio-Cortez, Massachusetts Sen. Elizabeth Warren, Atlanta Mayor Keisha Lance Bottoms, as well as Independent Sen. Bernie Sanders, Vt., and former Ohio Gov. John Kasich, a Republican who has been a vocal critic of Trump since his election.

On Sunday, Democrats announced that 17 “rising stars” of the party, including former Georgia state Rep. Stacey Abrams, will deliver keynote addresses on Tuesday. In a Monday morning call with reporters, the Biden campaign said programming will be a mix of live and pre-taped remarks, adding that the former vice president could make “surprise appearances throughout the week,” which would be a departure from a tradition of showcasing the nominee on the final night. Musical performances will include John Legend, Billie Eilish, Jennifer Hudson and Common.

Each night of the convention will take on a different theme: “We the people,” “leadership matters,” “a more perfect union” and “America’s promise.”

The Republican convention will take place the following week, from Monday, Aug. 24 through Thursday, Aug. 27. A few hundred delegates plan to meet in Charlotte, North Carolina, to formally renominate Trump. The rest of the events will be a mix of in-person and virtual speeches from locations that have not yet been shared publicly. 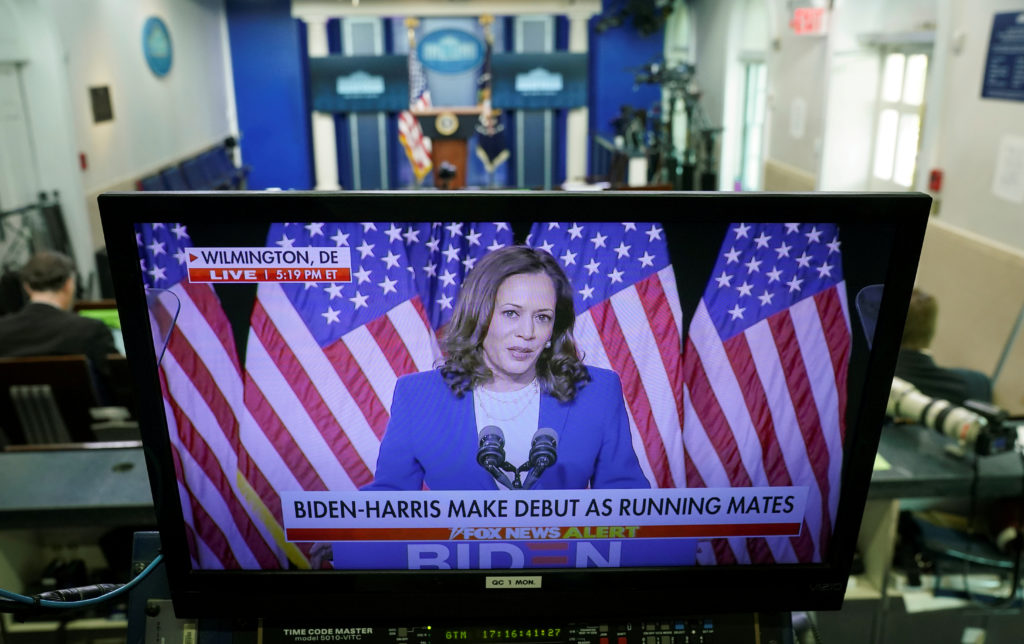 The main programming is scheduled to take place from 8:30 p.m. to 11 p.m. ET. The RNC has not yet announced the lineup, but each night will feature a 10 p.m. “nightly surprise,” according to Axios. The overall theme for the convention will be “honoring the great American story,” Fox News reported Thursday. The programming for each night will also fall under themes: “A land of heroes,” “land of promise,” “land of opportunity,” and “land of greatness.”

The Wall Street Journal first reported Friday that Trump plans to make an appearance each night of the convention, also deviating from the convention norm. Reports have speculated on the location where Trump will deliver his speech formally accepting the nomination, including Trump suggesting the possibility of speaking from the Civil War battlefield where President Abraham Lincoln delivered the Gettysburg address. But Trump told The New York Post in an interview Thursday that he would “probably” deliver his speech from the White House lawn, an unprecedented decision.

READ MORE: Biden has his running mate. Will Harris appeal to Democratic voters?

What’s at stake for each party at this point in the race?

Since 1912, only five of 14 incumbent presidents have failed to win a second term, but the dynamic of this year’s race is not conforming to the status quo, several political experts said. “[This year] you have an incumbent president who wants to run like a challenger, who essentially can’t run on his record and is running as if he is not president,” Scacco said. “And you have a Democratic campaign that really is a challenger that, in some ways, is projecting itself from a leadership perspective, as if they are the presidential incumbent.”

The overall message for the Democratic convention is “Uniting America” and Biden has positioned the election as “a battle for the soul of the nation.”

The sense of an existential threat to the country may work in the Democrats’ favor, said Maria Cardona, a democratic strategist who previously worked as communications director for the Democratic National Committee. The goal, she added, is to project a unified front against Trump, who has been impeached by the House of Representatives, faced accusations of aiding in interference in the 2016 election and received backlash for his hardline immigration policies.

With a few exceptions, Biden has maintained a calm temperament during the campaign and has laid low during the pandemic. This is in stark contrast to Trump, who has gone on the attack through ardent tweeting and impassioned speeches.

“[This year] you have an incumbent president who wants to run like a challenger, who essentially can’t run on his record and is running as if he is not president.”

Until March, Trump could point to a strong economy in making a case for his presidency, said Tom Rath, a former New Hampshire attorney general who advised Utah Sen. Mitt Romney’s 2008 presidential campaign and has been a delegate to nine Republican National Conventions. “Once they lost that card, [Republicans] really don’t have a lot of things, because as an individual, Trump has not become the sort of beloved figure as I think his more ardent supporters believe.”

The challenge for both Biden and Trump will be maintaining their core bases while attracting new supporters, said Elroy Sailor, who served on the Trump-Pence transition team in 2017 and as senior adviser to former RNC Chairman Reince Priebus. Sailor said he believes Bush did this successfully by touting a message of “compassionate conservatism.”

For Biden, winning over new groups means drawing in moderate voters to whom Trump may hold some appeal, as well as progressive voters who are critical of his moderate politics. Trump will need support from establishment Republicans and moderates. Sailor added that it is important for the convention acceptance speeches to show an understanding of the country’s current economic hardships and racial strife.

Currently, polling shows Biden leading in several key battleground states, but Cardona warns against underestimating Trump, a mistake she said Democrats made in the 2016 election. Trump with his “back against the wall” should not be ignored, she said. “We have to do everything that we can to make sure to get out every single one of our voters and to protect that vote.”