On Monday, NASA’s Juno spacecraft will fly over one of Jupiter’s most distinguishable and intriguing features, its Great Red Spot.

The Great Red Spot is actually a 10,000-mile-wide storm, meaning it could swallow Earth with 3,000 miles to spare. Scientists have been monitoring the storm for more than 100 years, and the swirling tempest may have started much earlier.

“This monumental storm has raged on the solar system’s biggest planet for centuries,” said Scott Bolton, principal investigator of Juno from the Southwest Research Institute in San Antonio, in a press release. “Now, Juno and her cloud-penetrating science instruments will dive in to see how deep the roots of this storm go, and help us understand how this giant storm works and what makes it so special.”

At the time of Monday night’s flyby, Juno will be about 5,600 miles above the churning mass of clouds. The spacecraft launched in August 2011, and has orbited the gas giant for more than a year.

Scientists are hoping to learn more about how and where Jupiter formed and its composition, which in turn will help them better understand the hundreds of other giant exoplanets they’ve discovered circling other stars.

The Juno team tweeted that they expect to release new images on July 14:

In the meantime, enjoy some previously collected images from the JunoCam: 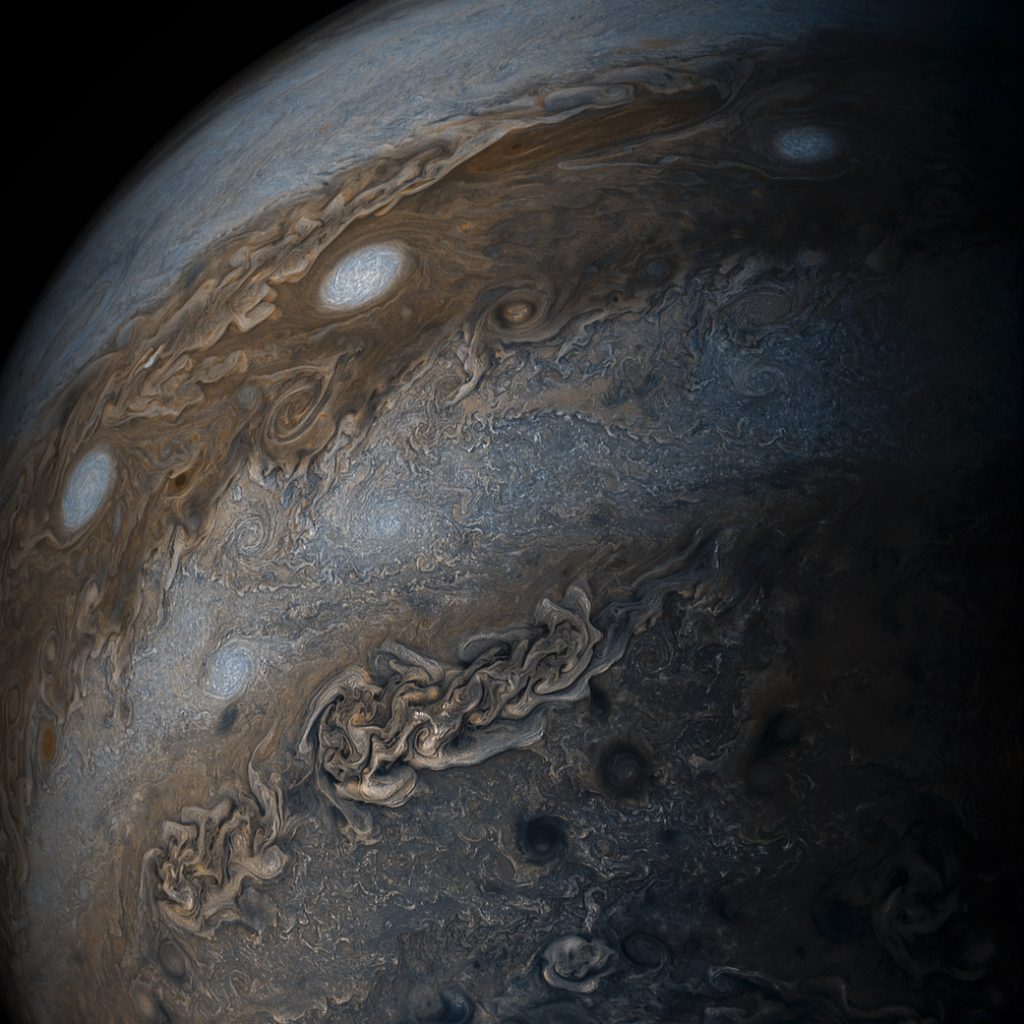 Three of the white oval storms known as the “String of Pearls” are visible near the top of this image of Jupiter. Juno acquired the image on May 19, 2017. Image by NASA/JPL-Caltech/SwRI/MSSS/Gerald Eichstädt /Seán Doran 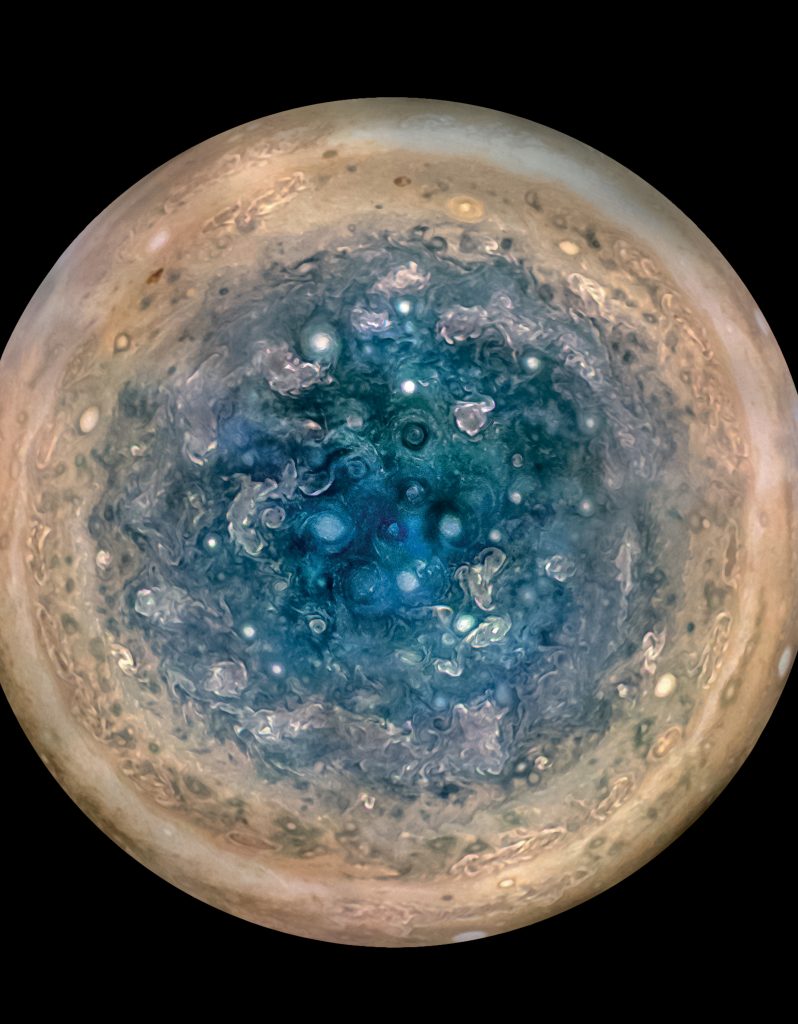 This image shows Jupiter’s south pole, as seen by NASA’s Juno spacecraft from an altitude of about 32,000 miles. The oval features are cyclones, up to 600 miles in diameter. Multiple images taken with the JunoCam instrument on three separate orbits were combined to show all areas. Image by NASA/JPL-Caltech/SwRI/MSSS/Betsy Asher Hall/Gervasio Robles 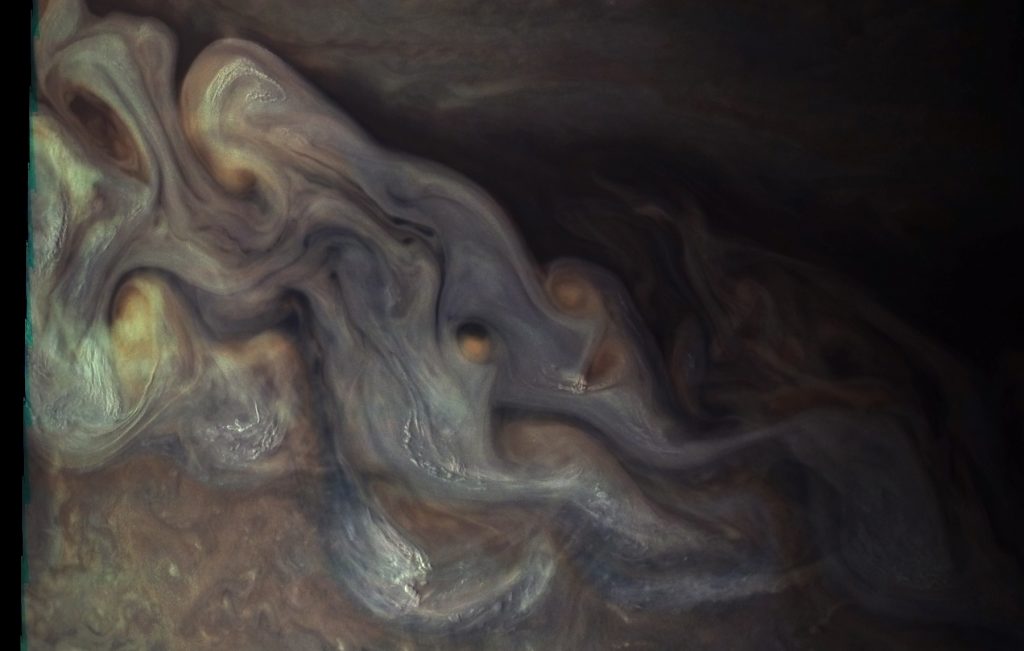 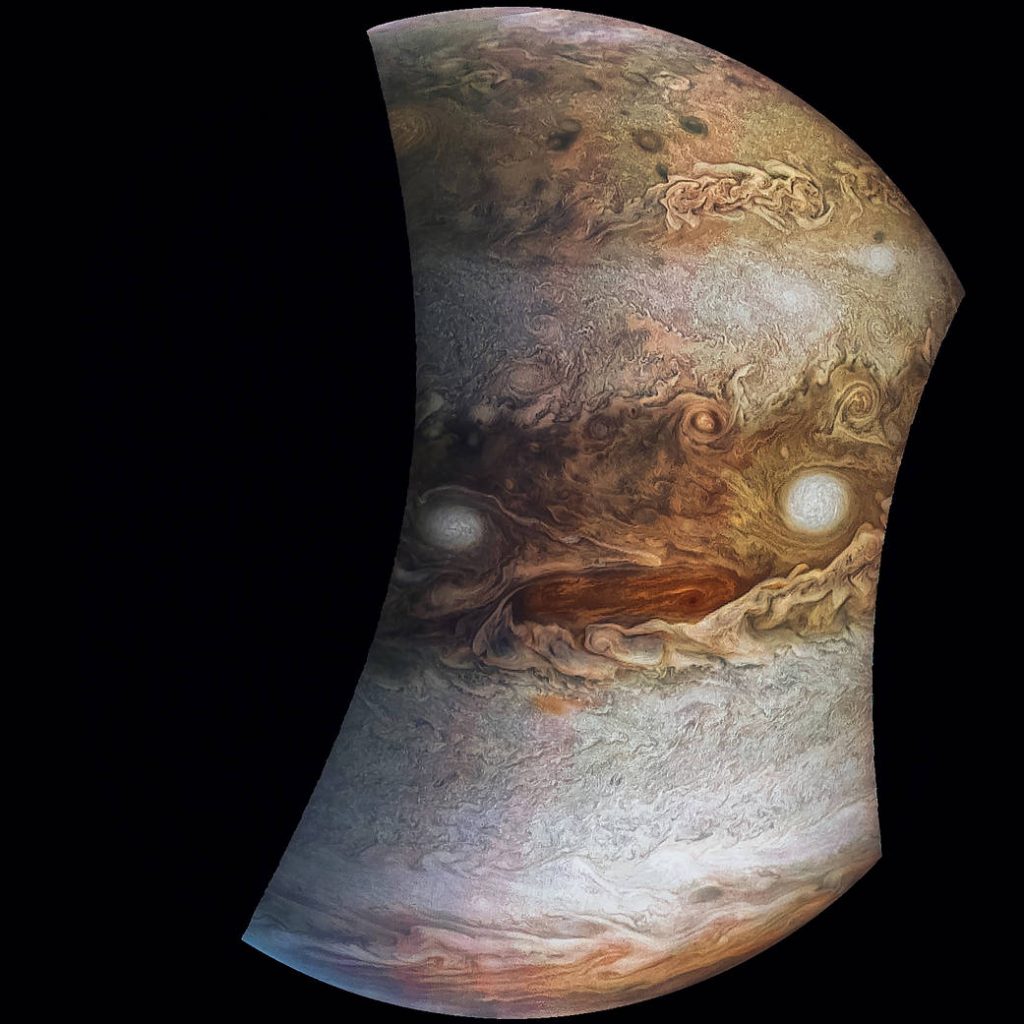 Nicknamed “Jovey McJupiterface”, this image is rotated 180 degrees to turn the white oval storms into eyeballs. Image by NASA/JPL-Caltech/SwRI/MSSS/Jason Major

You also can view Juno’s first in-depth results released in May and learn more about its mission as a whole on NASA’s website.