The spacecraft snapped a series of photos during its approach, revealing the comet’s craggy surface.

“It’s incredible how full of variation this surface is,” said Holger Sierks from the Max Planck Institute for Solar System Research in Germany who is principal investigator of the onboard scientific imaging system. “We have never seen anything like this before in such great detail.”

Rosetta will orbit the comet through the end of 2015. One of its goals is to find a landing site for the Philae lander, which is scheduled to touch down on the comet’s surface in the fall.

The comet chaser is named after the Rosetta Stone, the key to deciphering ancient Egyptian hieroglyphs. Scientists hope the spacecraft will reveal more information about how the solar system evolved by studying the comet, an untouched traveling chunk of the solar system. 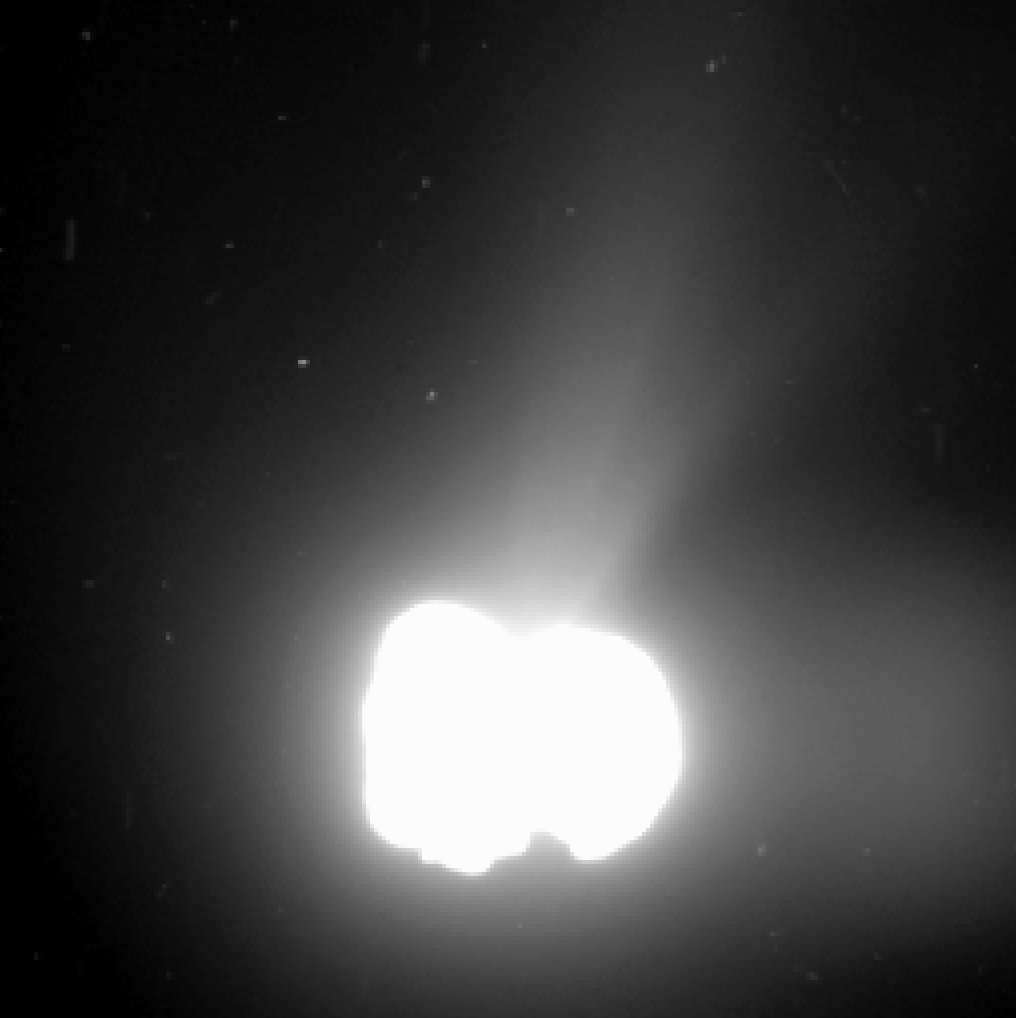 Comet 67P/Churyumov-Gerasimenko on Aug. 2. The image was taken by Rosetta’s OSIRIS wide-angle camera from a distance of about 342 miles. Photo courtesy of the European Space Agency 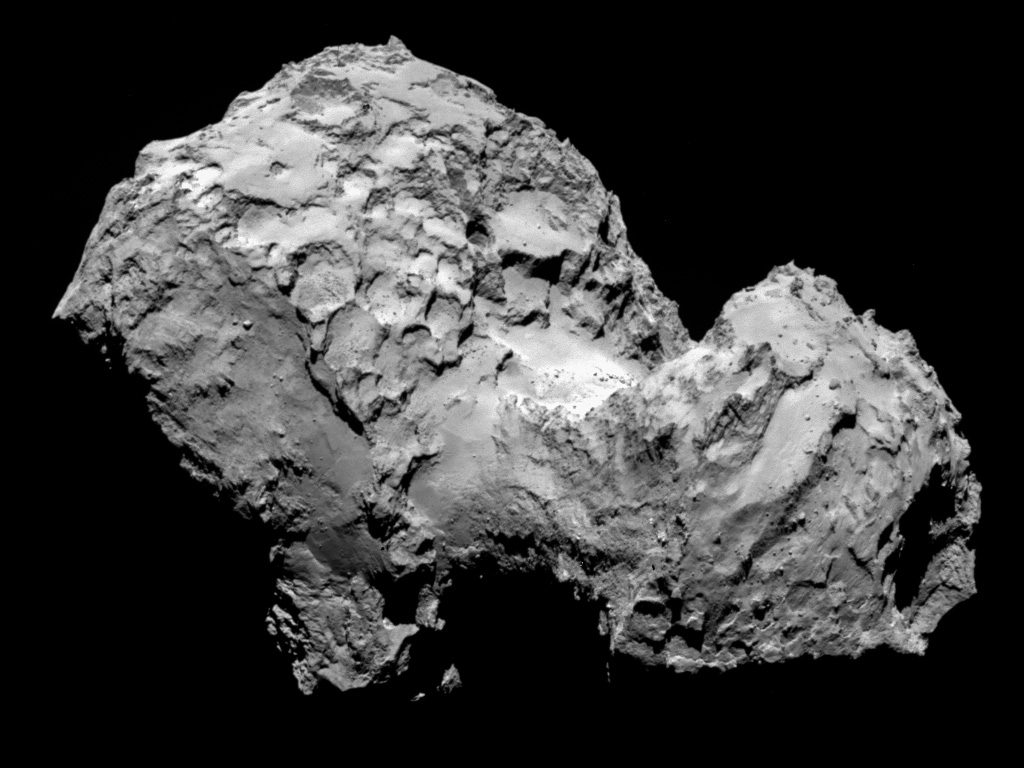 Rosetta snapped this shot of Comet 67P/Churyumov-Gerasimenko from a distance of 177 miles on Aug. 3. Photo courtesy of the European Space Agency 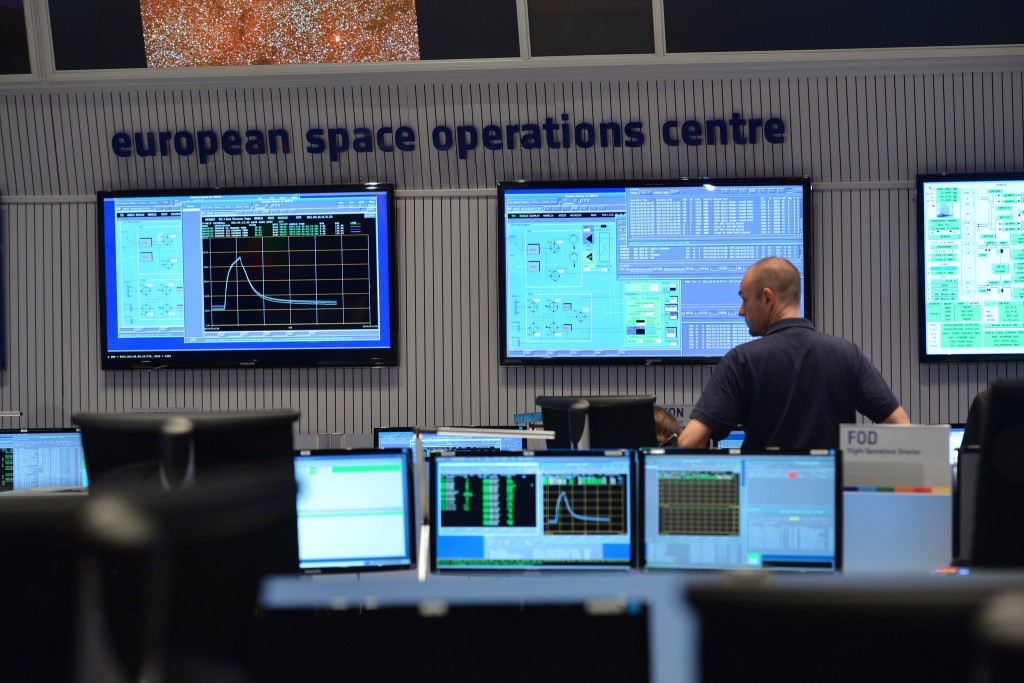 Scientists at the European Space Agency receive the first signal after the unmanned Rosetta spacecraft arrived at comet 67P/Churyumov-Gerasimenko on Aug. 6. Photo courtesy of the ESA 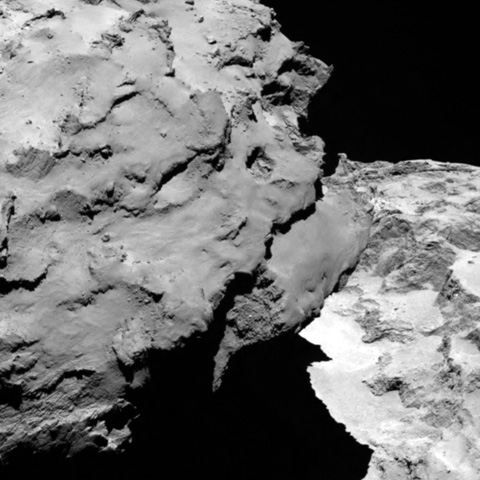 Rosetta took this image of comet 67P/Churyumov-Gerasimenko on Aug. 6, the day it reached its destination after a 10-year journey through space. The image shows the comet’s “head” at the left of the frame, which is casting shadow onto the “neck” and “body” to the right. Photo courtesy of the European Space Agency 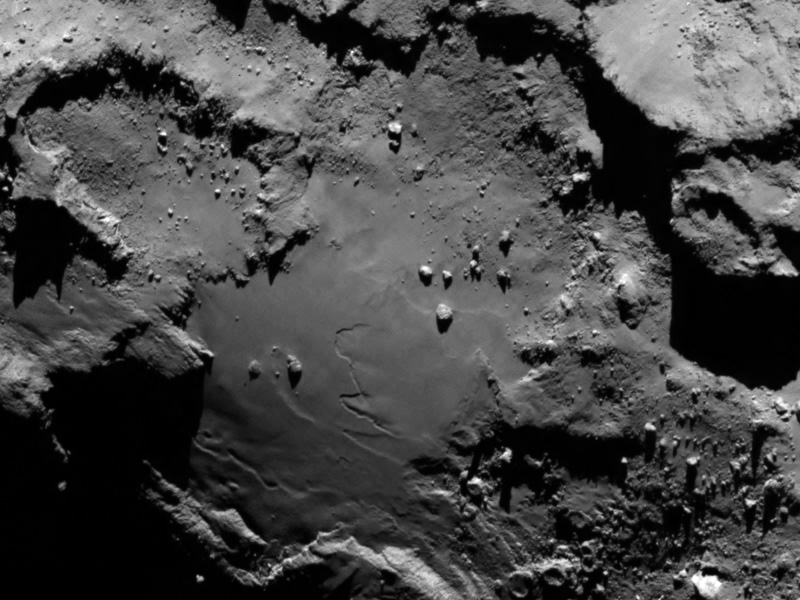 A close-up shows craters, steep cliffs and the smooth region on the “base” of the “body” section of comet 67P/Churyumov-Gerasimenko. The image was taken by Rosetta about 81 miles away on Aug. 6. Photo courtesy of the European Space Agency