5 everyday items that are helping in the fight against Ebola

We’ve heard about robots and air-conditioned spacesuits as potential tools to help in Ebola prevention efforts. But what about simpler, everyday items that are helping today? 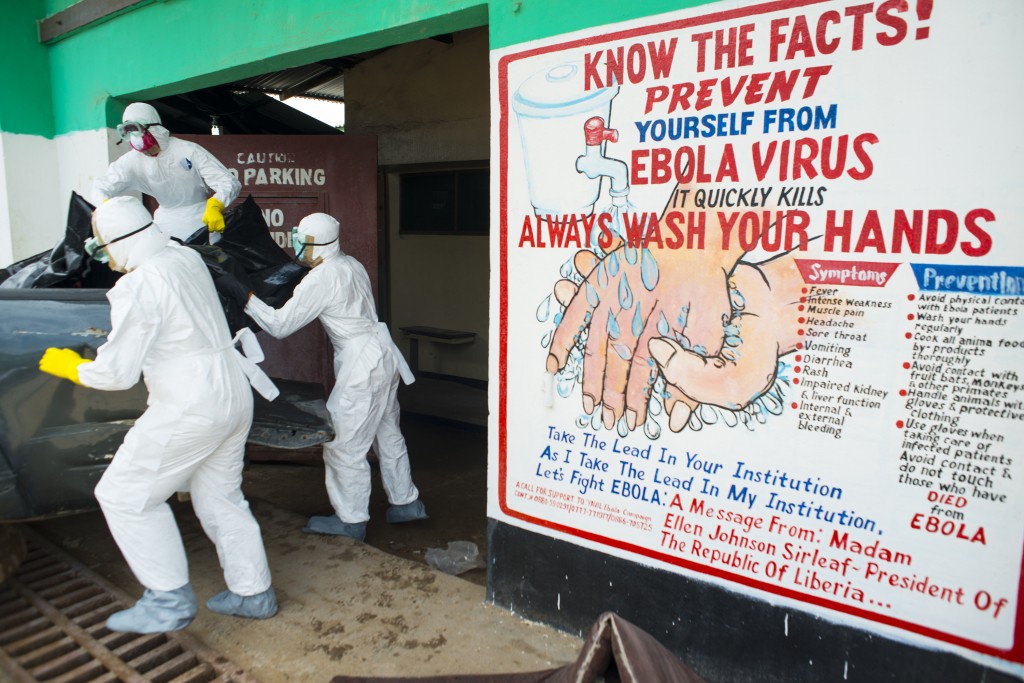 Liberian health workers load six bodies of people who died from Ebola into the back of a pickup truck outside the Redemption Hospital in Monrovia, Liberia, on Sept. 13. Photo by Michel du Cille/The Washington Post via Getty Images

The signs are all over West Africa, where the Ebola virus has infected more than 10,000 people and taken nearly 5,000 lives: “Ebola is real. Wash your hands.” In Liberia, where Ebola has taken the largest toll, the government and international groups have launched public awareness campaigns urging residents to wash their hands with soap and running water (or hand sanitizer if soap isn’t available) to help prevent the transmission of Ebola, which spreads through bodily fluids. 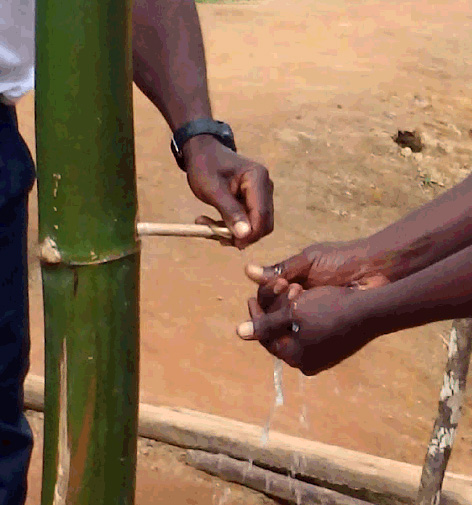 Residents use one of the bamboo hand-washing stations that were set up at entrances to hospitals, county checkpoints and in towns in Liberia. Photo courtesy of the Centers for Disease Control and Prevention

How do people get running water in areas that lack a sanitation system? Some have turned to the naturally watertight and locally growing bamboo. Holes are drilled in the upper diaphragms of the bamboo stem to create a tube to hold the water. A hole is drilled toward the bottom of the stem and plugged with a stick that can be removed to produce a stream of water. These handy hand-washing stations are used at hospitals, county checkpoints and towns in Liberia, according to the Centers for Disease Control and Prevention.

These ordinary pesticide-style sprayers are filled with chlorinated water and used to disinfect the grounds of Ebola treatment sites, sterilize the bodies of victims before burial and cleanse the protective gear of health workers who come in contact with infected patients. 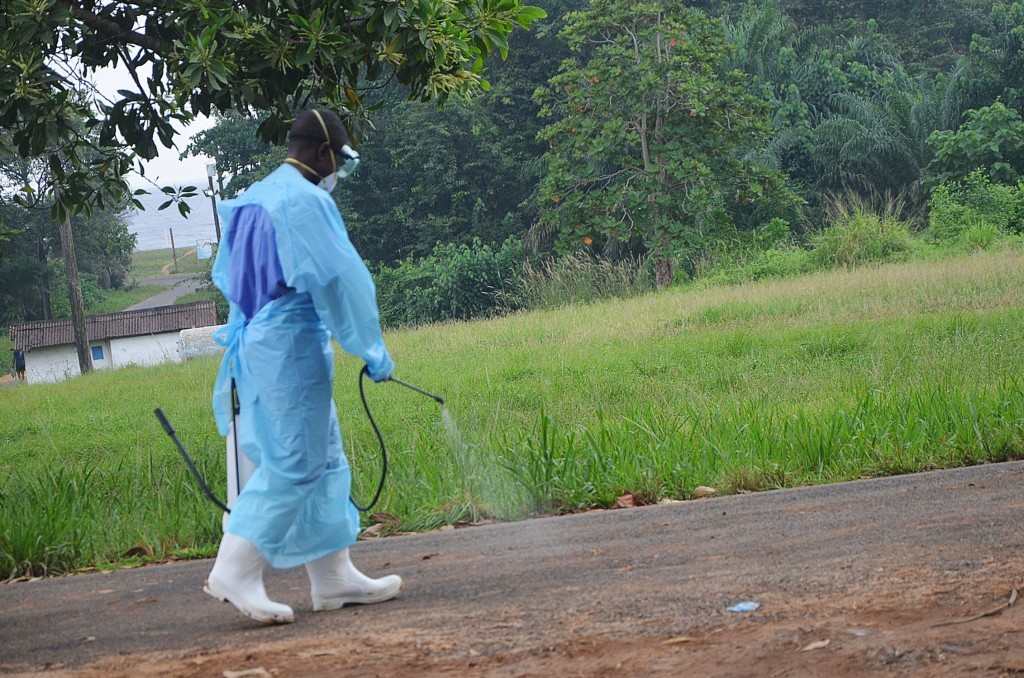 A staff member of the Christian charity Samaritan’s Purse sprays disinfectant outside the ELWA Hospital in the Liberian capital Monrovia on July 24. Photo by Zoom Dosso/AFP/Getty Images

Fatu Kekula, a 22-year-old nursing student from Kakata, Liberia, made international news when she took care of her entire family who had become infected with Ebola. She didn’t have the white protective suits and goggles that official health workers rely on to stay safe. Instead, she improvised and wore layers of trash bags over her socks and boots, a raincoat and four pairs of gloves. Three of her four infected family members survived and she didn’t contract the disease.

Health authorities much prefer that residents bring people suspected of having Ebola to hospitals to get proper treatment from doctors. But for those who can’t get into overwhelmed hospitals, Kekula’s “trash bag method” of care provided some element of protection.

Doctors Without Borders workers have distributed thousands of home disinfectant kits to those who they have had to turn away from their treatment centers, and to other health workers and people living in densely populated, Ebola-prone areas. The kits include a bucket, chlorine, soap, gloves, a gown, plastic bags, a spray bottle and masks, along with instructions on how to use them. 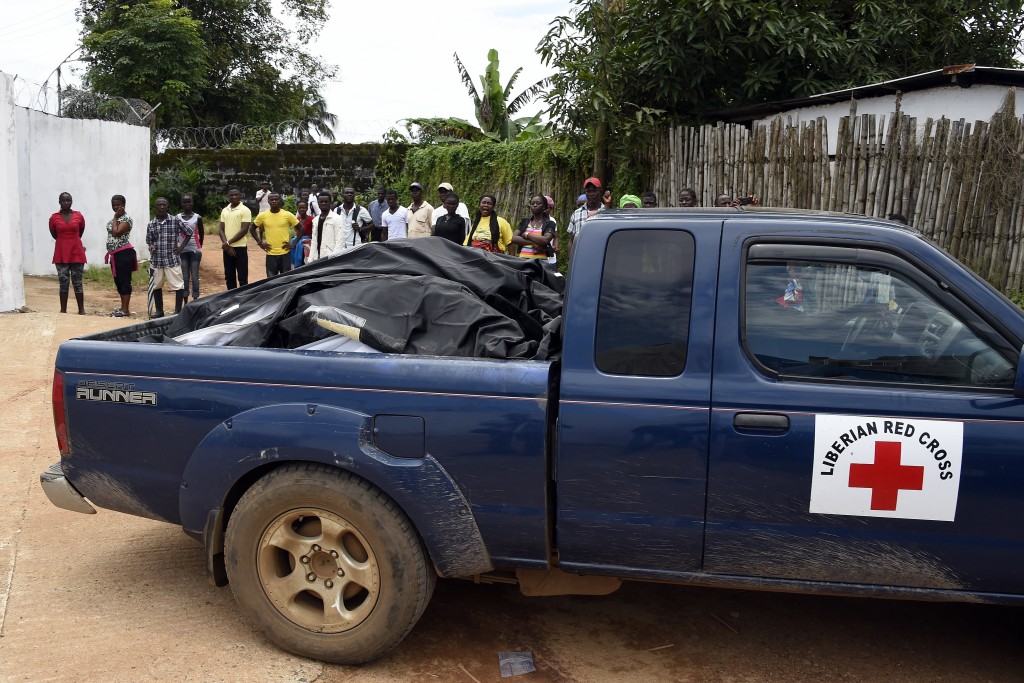 A Liberian Red Cross pickup truck carries bodies outside Island Hospital where people suffering from the Ebola virus are treated in Monrovia on Sept. 26. Photo by Pascal Guyot/AFP/Getty Images

The best ambulance to transport Ebola patients and those who have succumbed to the disease is not an enclosed vehicle like a van, Dr. Isabelle Nuttall, the World Health Organization’s director of global capacities, alert and response, said at a press briefing earlier this month. “It’s a pickup. Why? The driver is protected. The person can be put in the back and therefore, you limit the manipulation of the person.”

Left: A girl sells soap as women pray for an end to the Ebola epidemic in Monrovia, Liberia, on Aug. 14, 2014. Photo by John Moore/Getty Images