A week after a massive earthquake hit central Nepal, and as the search for survivors continues, aid organizations are taking stock of the items the survivors need most.

Mercy Corps’ 100-member staff in Nepal, with help from its Chinese and Indonesian offices, is part of the assessment process. The Portland, Oregon-based group already delivered some emergency supplies to the capital of Kathmandu and to its surrounding villages, including Ghyachhok to the northwest — at the epicenter of the quake, Chapagaon to the south, and Sanagaun, a small community near the capital.

More than 6,000 people died in Saturday’s 7.8-magnitude quake, and hundreds of thousands are now homeless. Too afraid to go back inside their damaged homes, many have chosen to sleep outside as aftershocks continued throughout the week.

Whether it’s to sleep under or to cover damaged roofs, tarps are one of the most needed items, community members told the Mercy Corps staff.

Mercy Corps spokeswoman Christy Delafield said Friday that while people in Kathmandu were starting to move back home after getting their damages evaluated, many others in the outer communities still had no electricity by week’s end and remained outside in heavy rains.

To stay warm, Delafield said that people have requested blankets and towels to replace the ones they couldn’t salvage from their homes. They also need to rotate the dry ones with others soaked by rain. 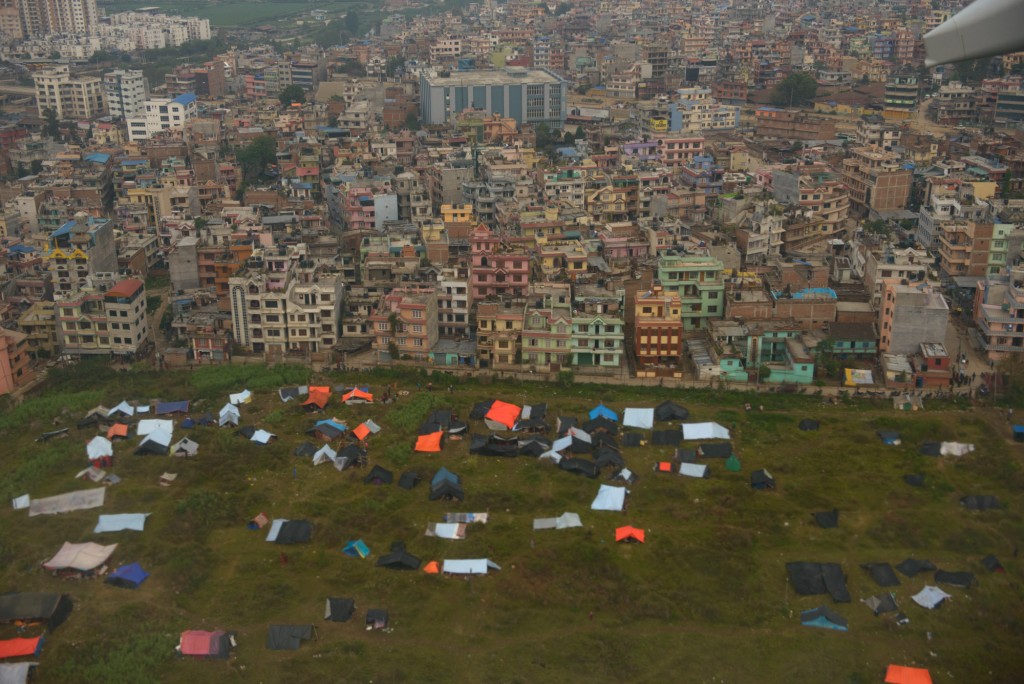 People have set up tents around Kathmandu, Nepal, following the April 25 earthquake. Photo by Miguel Samper for Mercy Corps

Another large need is clean water. The villagers’ wells were cracked in the earthquake, and people lacked fuel for their electric pumps. According to Delafield, in outlying rural areas, dead livestock crushed in barns or killed in landslides pose pollution risks to waterways.

“We’re concerned about health issues in general for ground water,” she said.

To tide the villagers over until they can fix their wells, aid workers are distributing water purification tablets along with large jerrycans to hold the clean water.

People are temporarily cooking outdoors over fires, so they need metal cooking implements, along with cups, plates and utensils to replace the ones buried in the rubble.

Soap and sanitary pads for women are in high demand. The Nepalese women told Mercy Corps that they prefer reusable sanitary pads.

“They can be washed out and reused, so this gives them a long term solution to get a couple of those in the (hygiene) kit,” Delafield said. 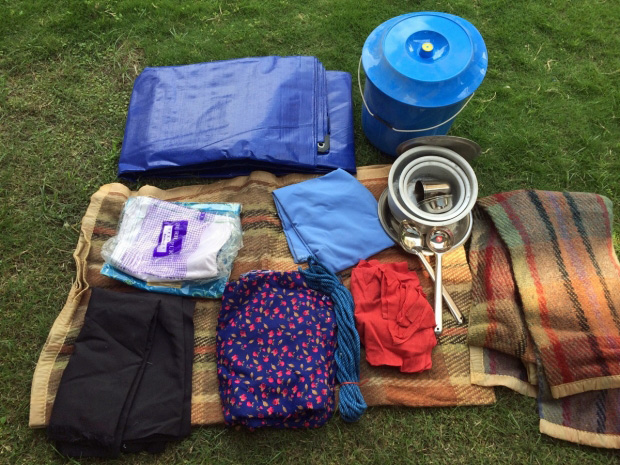 The people Mercy Corps surveyed said food wasn’t an immediate need — they still had a couple of weeks’ supply and some stores were reopening. But in the long term, Delafield said, they will need staples such as noodles and rice, especially since many families’ rice seeds were damaged in the quake and they might miss the start of the growing season.

“Kathmandu is an ancient city, so the buildings aren’t designed to withstand an earthquake, but there is a lot of technology out there now on how to build better structures,” said Delafield. “That’s something they want to learn about. They don’t want to experience this again or have their children or their children’s children experience it.”

Left: People affected by the April 25 earthquake in central Nepal are sleeping in tents near a mushroom farm in Chapagaon. Photo by Miguel Samper for Mercy Corps