Thousands of foreign fighters have flocked to the Islamic State militant group to join its worldwide jihad. Recruits recently set off explosives and opened fire on civilians in the name of an apocalyptic ideology that some say is part of the group’s appeal.

Why is this brutal organization attracting followers? We have a roundup of articles that delve into the militants’ core beliefs and tactics. It all seems to boil down to this: whether or not the fighters fully understand Islam, they all subscribe to the group’s version of war.

1. Why ISIS Fights — by Martin Chulov of the Guardian

Five men in Syria and Iraq describe why they were motivated to join the Islamic State movement and fight for the caliphate. The reasons are lofty, including bringing Islam back to all of its glory:

“They see themselves as underdogs, fired by a sense of divine mission” and they “had a sense of privilege and pride that their generation was the one that had been chosen to right the wrongs of the past.”

But the motivations are sectarian as well:

“Now, close to 1,500 years later, have come waves of fighters who paid strict heed to these prophecies — and see the rise of Islamic State as a crucial turning point in a centuries-long battle of civilizations. For their purposes, the ‘Persians’ today are not simply Iran, but also the Alawite regime that controls Syria and the Shia militias from around the region who have come to its defense.”

2. What I Discovered from Interviewing Imprisoned ISIS Fighters — by Lydia Wilson for the Nation

Not every fighter fits the profile of the typical Islamic State jihadist, writes Wilson, a research fellow at the Center for the Resolution of Intractable Conflict at the University of Oxford. One prisoner told her:

“Life under the Islamic State was just terror, he says; he only fought because he was terrorized. Others may have done it from belief, but he did not. His family needed the money, and this was the only opportunity to provide for them.”

“But a detailed, or even superficial, knowledge of Islam isn’t necessarily relevant to the ideal of fighting for an Islamic State, as we have seen from the Amazon order of Islam for Dummies by one British fighter bound for ISIS,” Wilson notes.

3. Is It Too Late to Solve the Mess in the Middle East? — by Liz Sly of the Washington Post

In terms of exerting territorial control, the Islamic State group is capitalizing on collapsed countries in the Middle East, including Iraq, Syria, Libya and Yemen, Sly writes.

“Civil wars are raging in all of them. World powers have lined up on different sides of those wars. And the chaos has given the heirs to the legacy of Osama bin Laden the greatest gift they could have hoped for: the gift of time and space.”

They move in and build a proto-state, managing territory, raising taxes and maintaining an army. 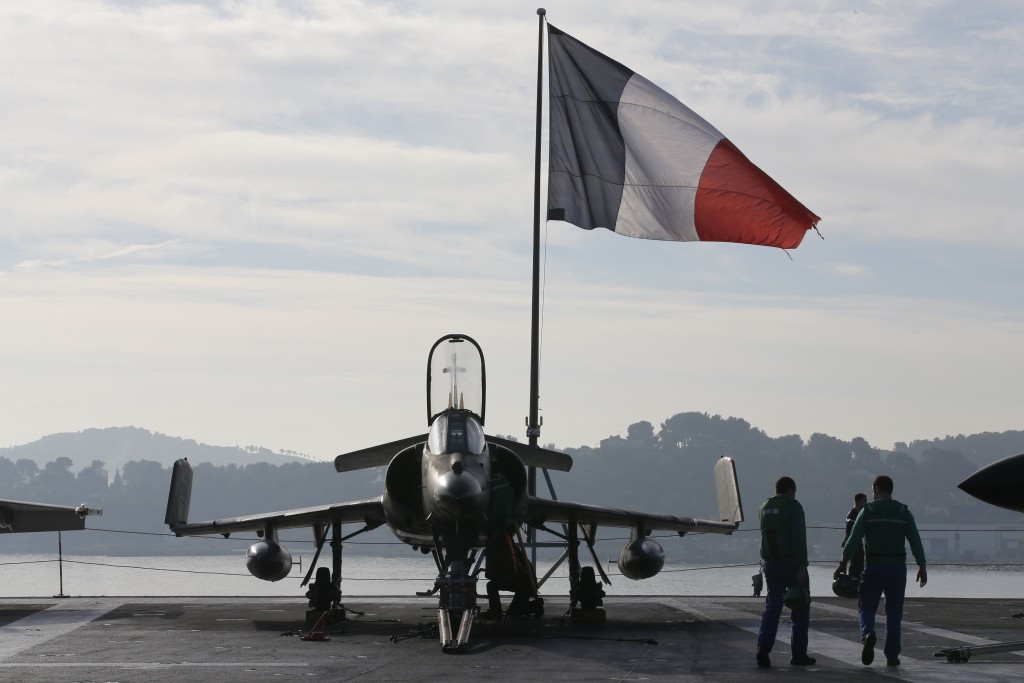 Flight deck crew work around a Super Etendard jet fighter aboard the French nuclear-powered aircraft carrier Charles de Gaulle before its departure from the naval base of Toulon, France, on Nov. 18, 2015. The aircraft carrier supported operations against Islamic State in Syria and Iraq. Photo by Jean-Paul Pelissier/Reuters

4. What ISIS Really Wants — by Graeme Wood of the Atlantic

In formulating a response to the Islamic State onslaught, the notion that the Islamic State group is al-Qaida’s scrappy little brother is inaccurate, writes Wood. “The Islamic State supporters I spoke with still refer to Osama bin Laden as ‘Sheikh Osama,’ a title of honor. But jihadism has evolved since al-Qaida’s heyday, from about 1998 to 2003, and many jihadists disdain the group’s priorities and current leadership.”

5. The Doomsday Scam — by C.J. Chivers of the New York Times

On the Islamic State’s holiday wish list: red mercury, according to Chivers.

“Red mercury — precious and rare, exceptionally dangerous and exorbitantly expensive, its properties unmatched by any compound known to science — was the stuff of doomsday daydreams.”

But is the mysterious compound just a hoax?

“Among specialists who investigated the claims, the doubts hardened to an unequivocal verdict: Red mercury was a lure, the central prop of a confidence game designed to fleece ignorant buyers.”

Another highly sought-after product is Captagon pills, as the potent amphetamine is known in the Middle East but not nearly as known in the West. It’s become a money-maker in Syria and a stimulant for fighters going to war.

“We would beat them, and they wouldn’t feel the pain. Many of them would laugh while we were dealing them heavy blows,” he said. “We would leave the prisoners for about 48 hours without questioning them while the effects of Captagon wore off, and then interrogation would become easier.”

Syrian civilians also reportedly are experimenting with the pills, which sell for between $5 and $20, possibly helping fuel the conflict.

Left: In this image taken from undated video footage released by the Islamic State group, the group warns that countries taking part in airstrikes against Syria would suffer the same fate as France. Screen image from Reuters