Tens of thousands of Iraqis are fleeing the brutal battle to retake Mosul from Islamic State fighters. And relief organizations are learning they need to navigate ethnic tensions, along with booby trapped terrain, in their efforts to help. 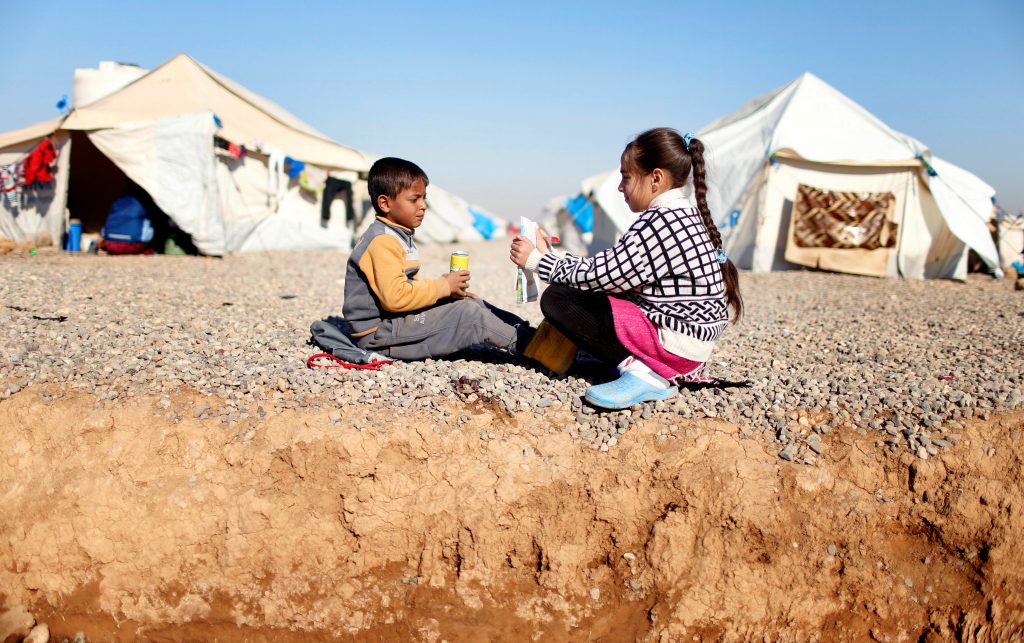 An Iraqi girl displaced by the fighting in Mosul teaches her brother in a camp on Dec. 9. Photo by Ahmed Jadallah/Reuters

They not only have to carefully check for land mines in these new locations, but also make sure they are cognizant of the area’s ethnic makeup, he said.

“It may be in an area which is ethnically unacceptable for Sunni displaced people to be taken in,” said Geddo. “We do not want to be unwittingly contributing to creating ethnic tensions.”

If the Mosul people “are received and treated with respect and escorted to safety by friendly forces, that is the best way for the humanitarians to give them shelter, food, water, (and) in time the best way to counter the toxic narrative” of the Islamic State, he said.