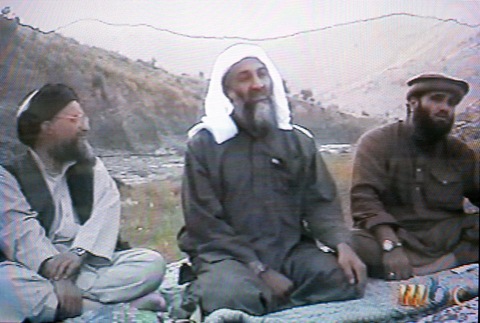 A batch of documents seized from slain al-Qaida leader Osama bin Laden’s house and released to the public on Thursday shows the terrorist leader’s frustration with the extra level of violence performed by other affiliate groups and his desire to disassociate from them.

Read the collection of documents here:

Bin Laden, who was killed in his house in Abbottabad, Pakistan, a year ago, wanted to keep al-Qaida the way it was pre-9/11 and maintain the focus on U.S. targets, said Brian Fishman, a counterterrorism research fellow at the New America Foundation and a research fellow with the Combating Terrorism Center at West Point — the group that made the documents public.

But other affiliate organizations, such as al-Qaida in Iraq, were attacking Muslims and alienating themselves in the Muslim world, and using the Internet to spread their message of jihad.

“He felt this (online) dialogue was pushing for unremitting violence, whereas he was using violence for discrete political purposes,” said Fishman. Bin Laden saw himself as a more nuanced, statesman-like leader, and he had a sense that the movement was embracing violence for the sake of violence, which he perceived as counter-productive, Fishman added.

The documents, only a portion of which were taken from the home, also showed some of the differences between bin Laden and his successor, Ayman al-Zawahri. Bin Laden didn’t want to include Somali terrorist group al-Shabab under al-Qaida, but after his death al-Zawahri welcomed them, Fishman said.

Updated 5:30 p.m. ET | Hari Sreenivasan interviewed Fishman for the broadcast about what the documents reveal about al-Qaida tactics and the message the leadership was trying to get across to its affiliates: