Gloria Amparo grew up in the rural area surrounding one of Colombia’s most violent and crime-ridden cities, Buenaventura. But she experienced violence on a more personal level. Her father beat her mother. It pushed her to want to leave that kind of family dynamic and set off on her own.

At age 14, she started managing a soccer team. She coordinated their schedule and swapped opinions with the male players. It was a “strange role for this machismo culture we have in Buenaventura,” she said recently by phone through an interpreter.

That unusual role led to other leadership opportunities that otherwise might not have been available to a woman. Amparo began working with rural organizations that supported abused women and eventually helped organize a network that links nine such groups together called Butterflies with New Wings Building a Future.

The coastal city of Buenaventura in western Colombia is notorious for drug trafficking, gang violence and turf wars between right-wing paramilitary groups and leftist rebels. Rival armed gangs turn to the most vulnerable — women and children — to exact their revenge, and in the process have uprooted more than 5 million people across the country since 1997, according to the U.N. refugee agency. Abductions and sexual violence are rampant. 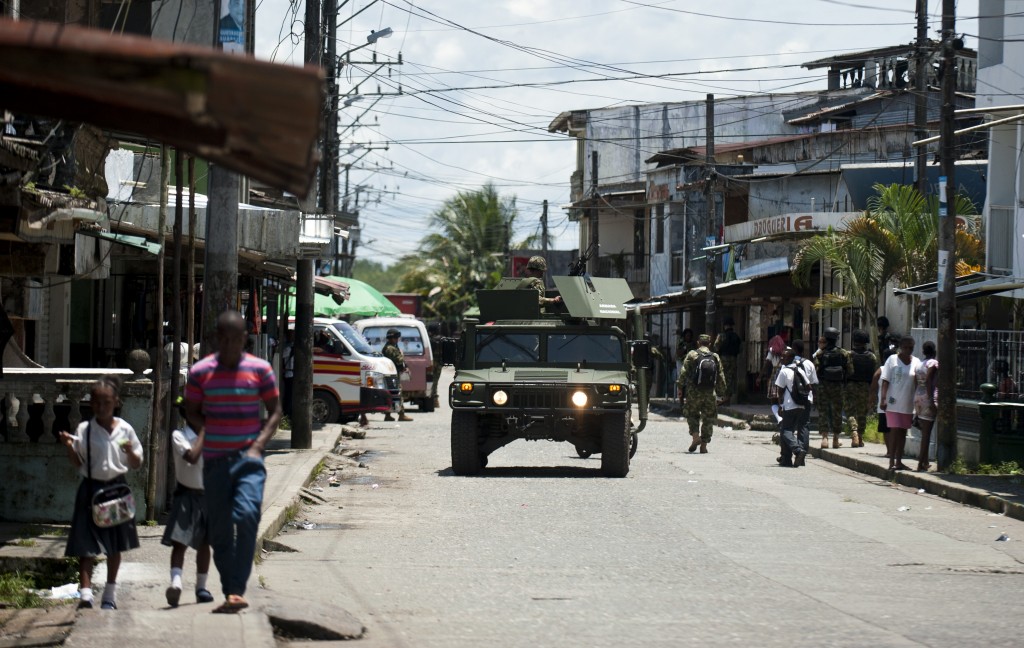 Mery Medina is one of the members of the network who works one-on-one with those who have experienced trauma. She accompanies the women when they are seeking medical attention at local clinics and reporting crimes. Medina recalled one particular case where the husband of a woman in her neighborhood suddenly disappeared, most likely by one of the armed gangs.

The woman was so traumatized, she couldn’t even speak. Medina said she was able to draw the woman out to the point where she could talk again and even feel a glimmer of hope.

When the women have experienced sometimes years of abuse, it’s hard for them to learn to stand up for themselves, said Amparo. But something internal kicks in and they derive strength from each other, she said.

The armed gangs, who have staked territorial claims in Buenaventura, have threatened the volunteers and organizers with violence and even death. Everyone in the network is aware of the dangers, said Amparo, and they do their best to protect each other, such as moving around in groups. “But we can only continue to offer our services with mutual love and support,” she said.

When women come, scared and unaware of their rights, the organization’s members provide comfort and counseling. It has 19 coordinators and 100 core volunteers, and has helped an estimated 1,000 families since it was established in 2010. 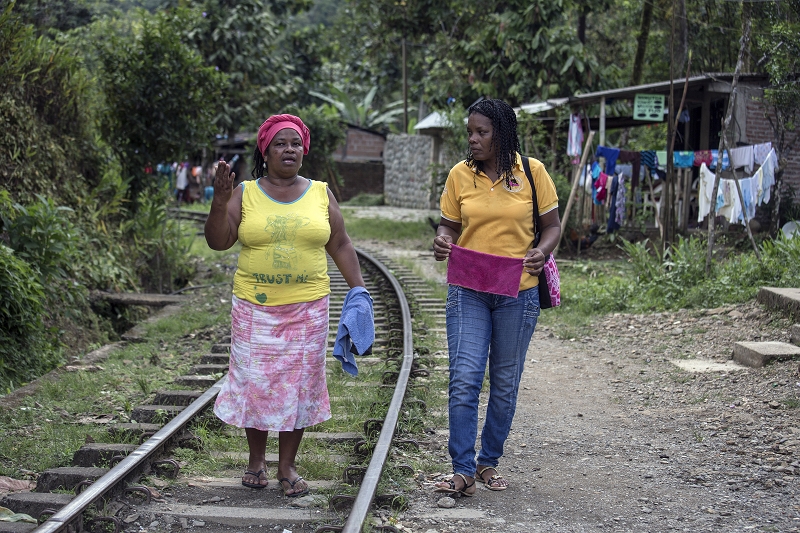 Butterflies is a network comprised of about 100 core volunteers helping women who have experienced abuse in Buenaventura, Colombia. Maria Victoria Liu (left) and Maritza Asprilla Cruz are two of the coordinators. Photo by L. Zanetti/UNHCR

Amparo recruited another member of the network, Maritza Asprilla Cruz, at just the right time. Cruz had lost her child in a car accident and needed the companionship and support of the other women. It helped her recover a little bit from her loss, she said.

Women have the right to health, education and work, said Cruz, but sometimes those rights aren’t effectively implemented. Educating women about their basic legal rights is the first step, she said.

The Butterfly network will receive this year’s Nansen Refugee Award given by the U.N. High Commissioner for Refugees. View all of our Social Entrepreneurship profiles and tweet us your suggestions for more groups to cover.

Left: Coordinator Gloria Amparo explains the Butterflies outreach program to young women. "When a woman knows her rights, it allows her to have choices and make decisions," she said. Photo by J. Arredondo/UNHCR