Children’s rights advocates Malala Yousafzai of Pakistan and Kailash Satyarthi of India, who both campaign for giving children access to an education and against their exploitation for financial gain, won this year’s Nobel Peace Prize. 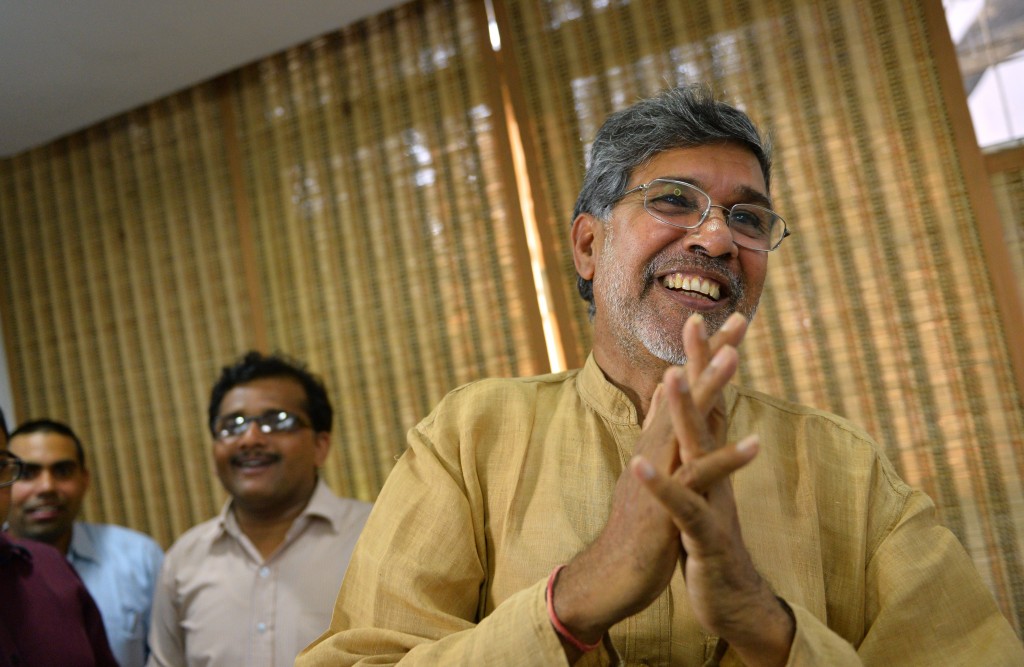 Indian activist Kailash Satyarthi meets with journalists at his home office in New Delhi after the announcement that he received the Nobel Peace Prize on Oct. 10. Photo by Chandan Khanna/AFP/Getty Images

U.N. Secretary-General Ban Ki-moon called Yousafzai a “brave and gentle advocate of peace who through the simple act of going to school became a global teacher.” Of Satyarthi’s work, Ban said, “the world has moved from denial about abusive child labor to acknowledgement, awareness and action.” (Read more reactions.)

Satyarthi thanked the Nobel committee, saying on Indian news channel NDTV, “If with my humble efforts the voice of tens of millions of children in the world who are living in servitude is being heard, congratulations to all.”

Yousafzai, 17, is the youngest recipient of the peace prize since its inception in 1901. She and Satyarthi will split the $1.1 million prize.

PBS NewsHour Weekend anchor Hari Sreenivasan sat down with Yousafzai in September to talk about how the teenager, who survived a Taliban assassin’s bullet, became an international advocate for children’s education.

“I’m hopeful that the dreams which I have now to see every child going to school, to see equal rights for women, I think, soon, in future, if you continue the struggle, if you work hard, then I will see those dreams becoming a reality,” she said.

You can watch their interview below:

In July 2013, PBS NewsHour special correspondent Fred de Sam Lazaro profiled Satyarthi’s work. Satyarthi said of changing people’s minds about child labor: “I had a strong belief that once a person is sensitized towards child slavery, whether it could be carpet or shoes or apparels, you cannot limit that social concern and social motivation. And that worked.”

You can watch the full report below: