China is ending its one-child policy, saying all couples can have two children, in light of a shrinking workforce and concerns over who will care for its aging population.

The announcement came Thursday after a four-day meeting of the Communist Party’s Central Committee in the capital Beijing and was reported by the state news agency Xinhua.

The one-child policy was put in place in 1980 and relaxed in 2013 to allow certain couples who were single children themselves to have a second child.

The policy reversal is part of a five-year development plan aimed at increasing social security provisions, improving the environment and expanding public services. 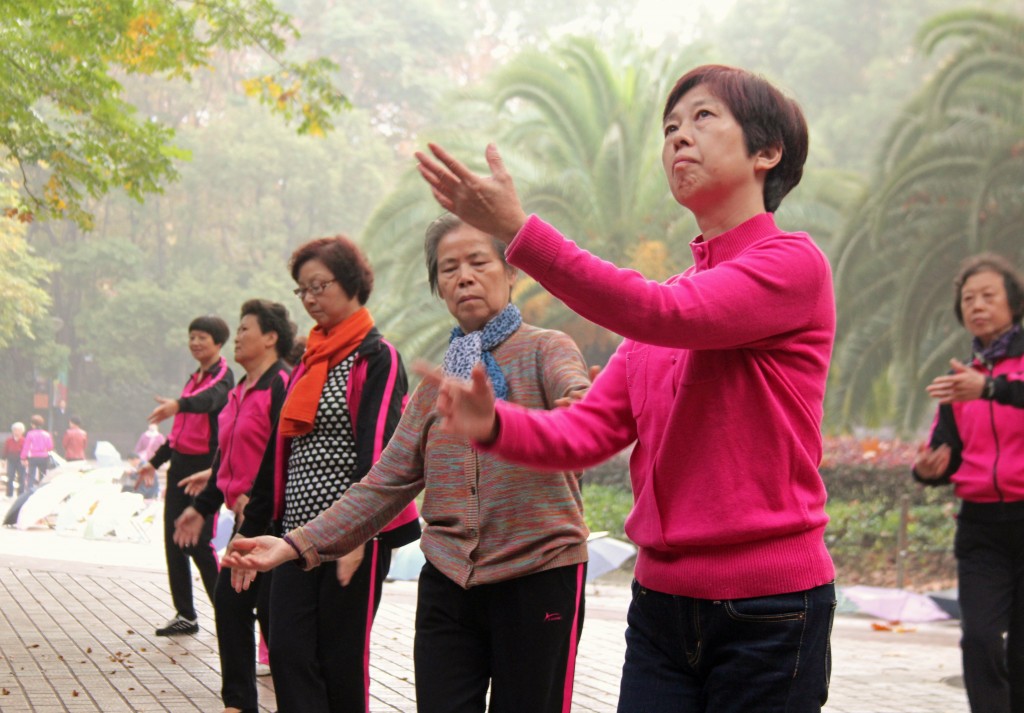 Women dance as a form of exercise in People’s Park in Shanghai, China, in November 2014. Photo by Larisa Epatko/PBS NewsHour

China’s economy, while continuing to grow, is not keeping pace with earlier years’ growth, raising some doubts about how the government can handle declines in its manufacturing and other sectors.

China’s workforce has decreased for a third consecutive year, government data shows, while the number of people aged 60 and above will comprise about a quarter of the population, according to the U.N., reported the Washington Post.

Although many welcomed the shift, some couples still may choose to have only one child because of the cost of child-rearing, including day care, Peking University professor of demography Mu Guangzong told the New York Times.