They agreed Wednesday in Havana, Cuba — where the sides began formally negotiating in 2012 — to sign a final agreement in six months after which the Revolutionary Armed Forces of Colombia (FARC) would demobilize within 60 days.

“We are on different sides but today we advance in the same direction, in the most noble direction a society can take, which is toward peace,” Santos said, quoted the Associated Press.

“Colombia’s success in waging war and now in waging peace is a testament to its leaders, civil society, and democratic institutions, including its armed forces and police,” said U.S. Secretary of State John Kerry. “Today we salute all Colombians and urge the parties to finish their negotiations and construct the peace and prosperity Colombians richly deserve.” 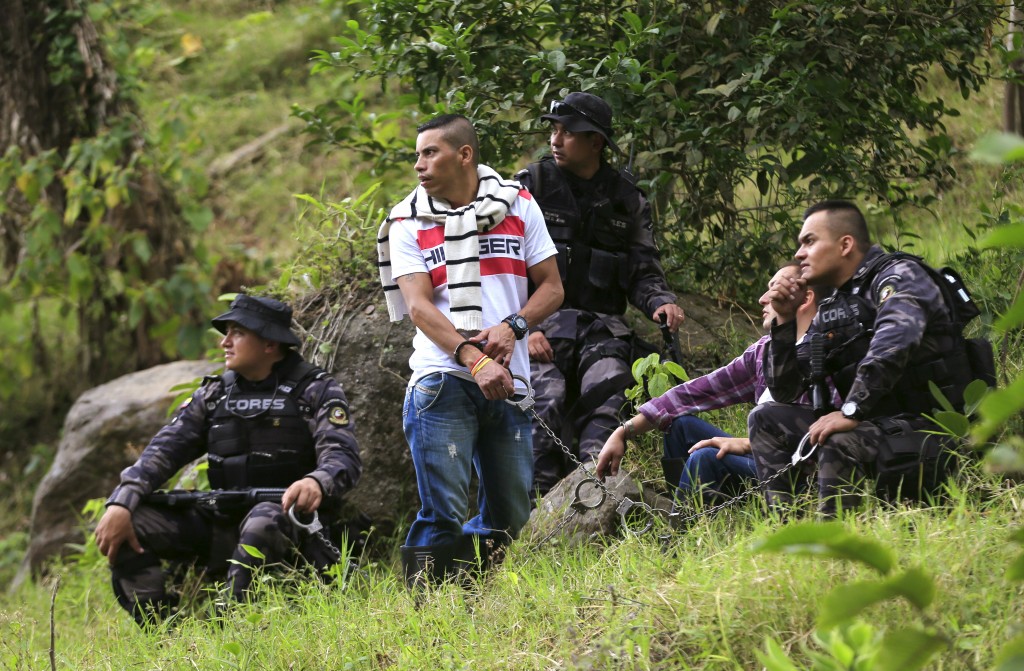 Prison guards escort handcuffed inmates, who are looking for a pit in a rural area close to Chaguani, Colombia, on June 18, 2015. Human rights advocates and families hope FARC rebels, like paramilitaries before them, will reveal grave locations as part of a deal which would allow them to avoid long prison terms and even enter politics. Victims’ groups warn that unless more bodies are exhumed, identified and returned to loved ones, Colombia risks handicapping post-conflict development. Photo by Jose Miguel Gomez/Reuters

The long-standing conflict has different reasons, including the FARC and other guerilla movements saying they are fighting for the poor, protecting them against the government and advancing communism. The government says it is fighting for stability and protecting citizens. Paramilitary groups are battling guerillas, and all sides are accused of committing human rights violations.

An estimated 220,000 people have died in the conflict between 1958 and 2013, according to a report from Colombia’s National Center for Historical Memory.