Millions of Hindus, Sikhs and Jains all over the world this week celebrated Diwali, the festival of lights and the victory of good over evil.

The five-day holiday is a spiritual celebration that marks the beginning of a Hindu new year and a new financial year for Indian businesses.

According to Hinduism, Lord Rama, his wife Sita and his brother Lakshmana returned from exile to the ancient Indian city of Ayodhya, where villagers set out clay lamps called diya to light their way.

People nowadays dress in new clothes, illuminate their homes, eat sweets and set off firecrackers to offer an auspicious start to a new year. 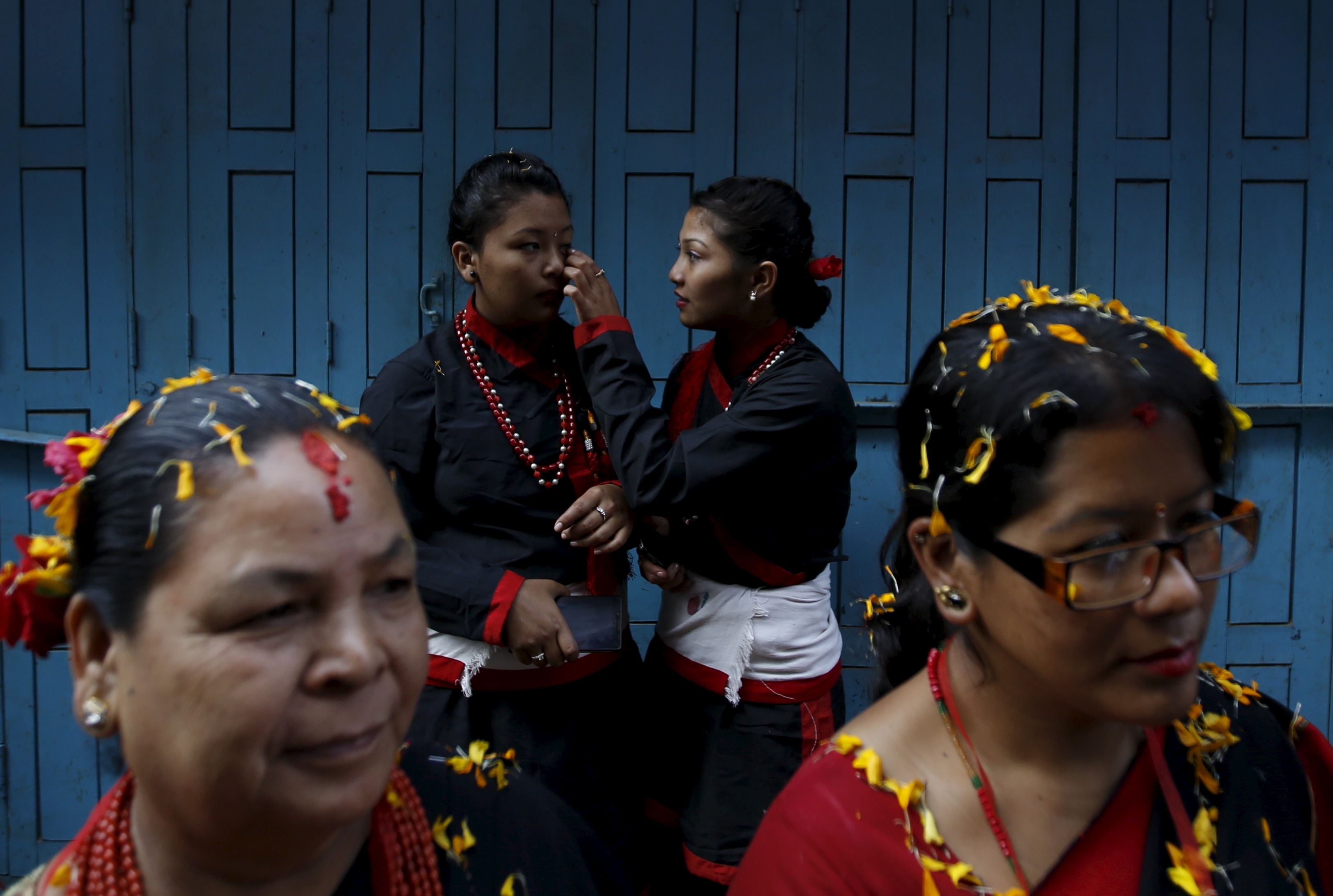 Newari women dress in traditional attire for the Newari New Year parade that falls during the Tihar festival, also called Diwali, in Kathmandu, Nepal on Nov. 12. The Newar community observes the start of their New Year 1136, in accordance with their lunar calendar. Photo by Navesh Chitrakar/Reuters 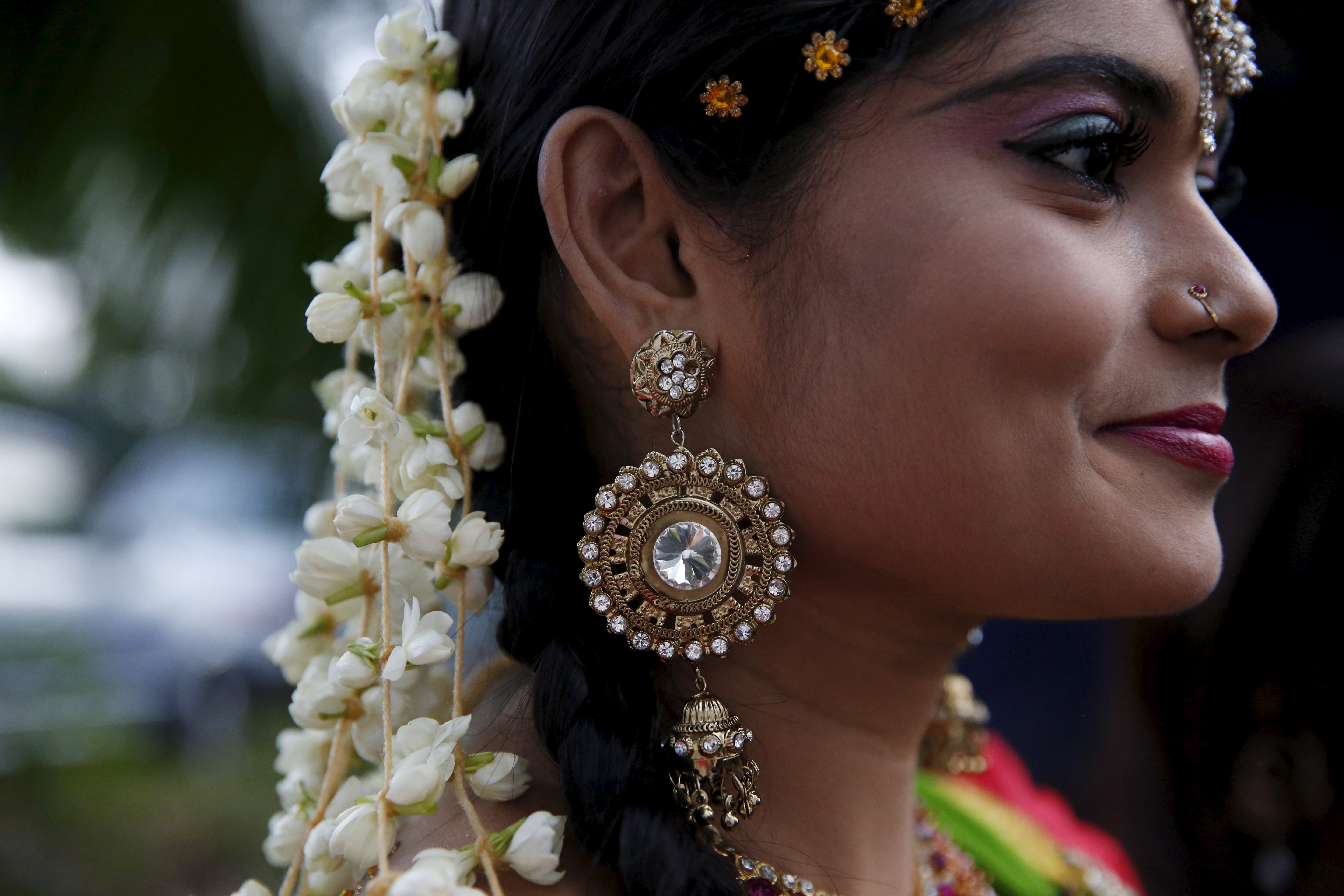 A dancer poses for a photograph before a Diwali performance in Kuala Lumpur, Malaysia, on Oct. 28. Diwali comes from the Sanskrit word deepavali, which means a row of lights. Photo by Olivia Harris/Reuters 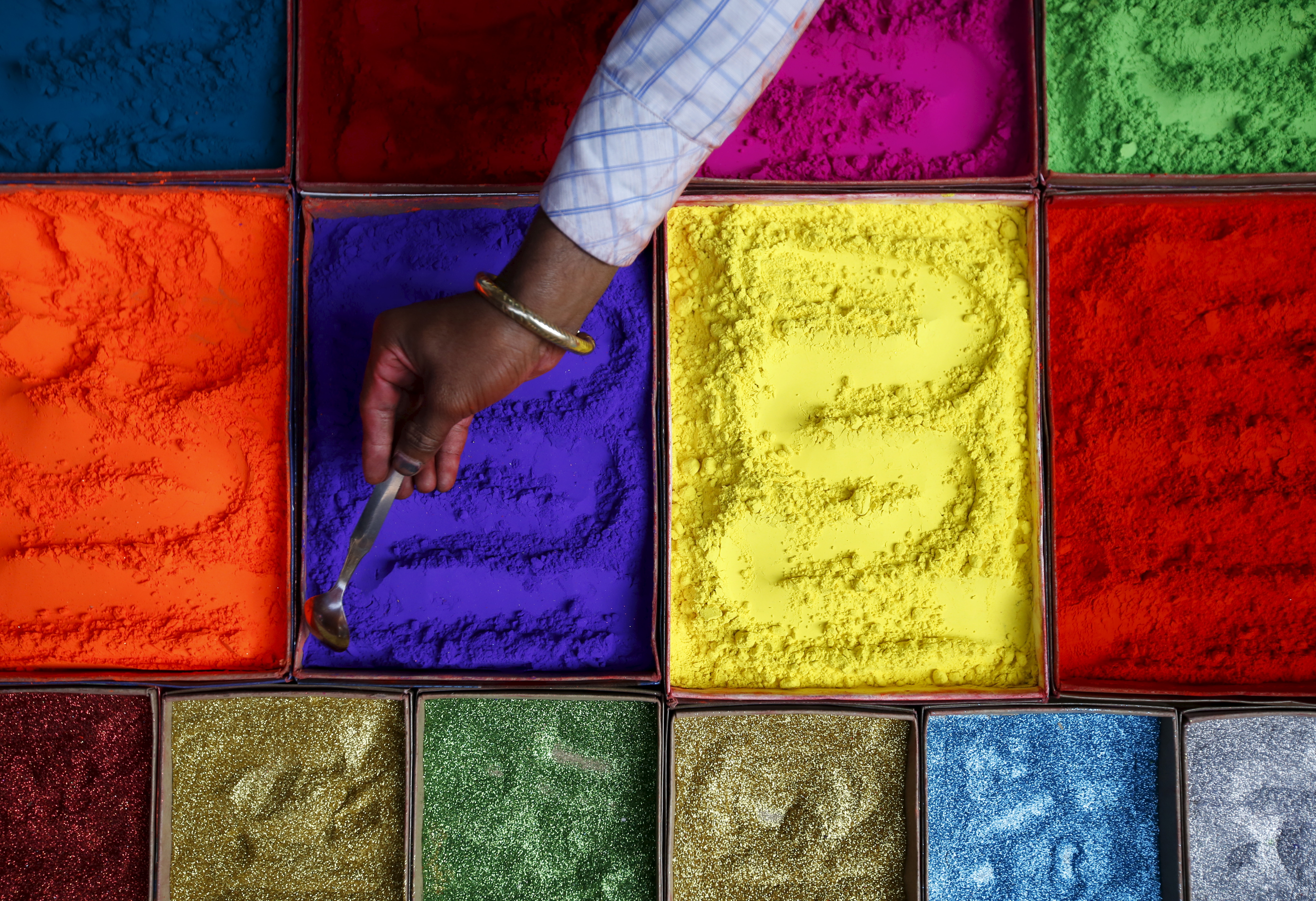 Vermilion powder is used in Diwali celebrations to decorate buildings and animals. Photo by Navesh Chitrakar/Reuters 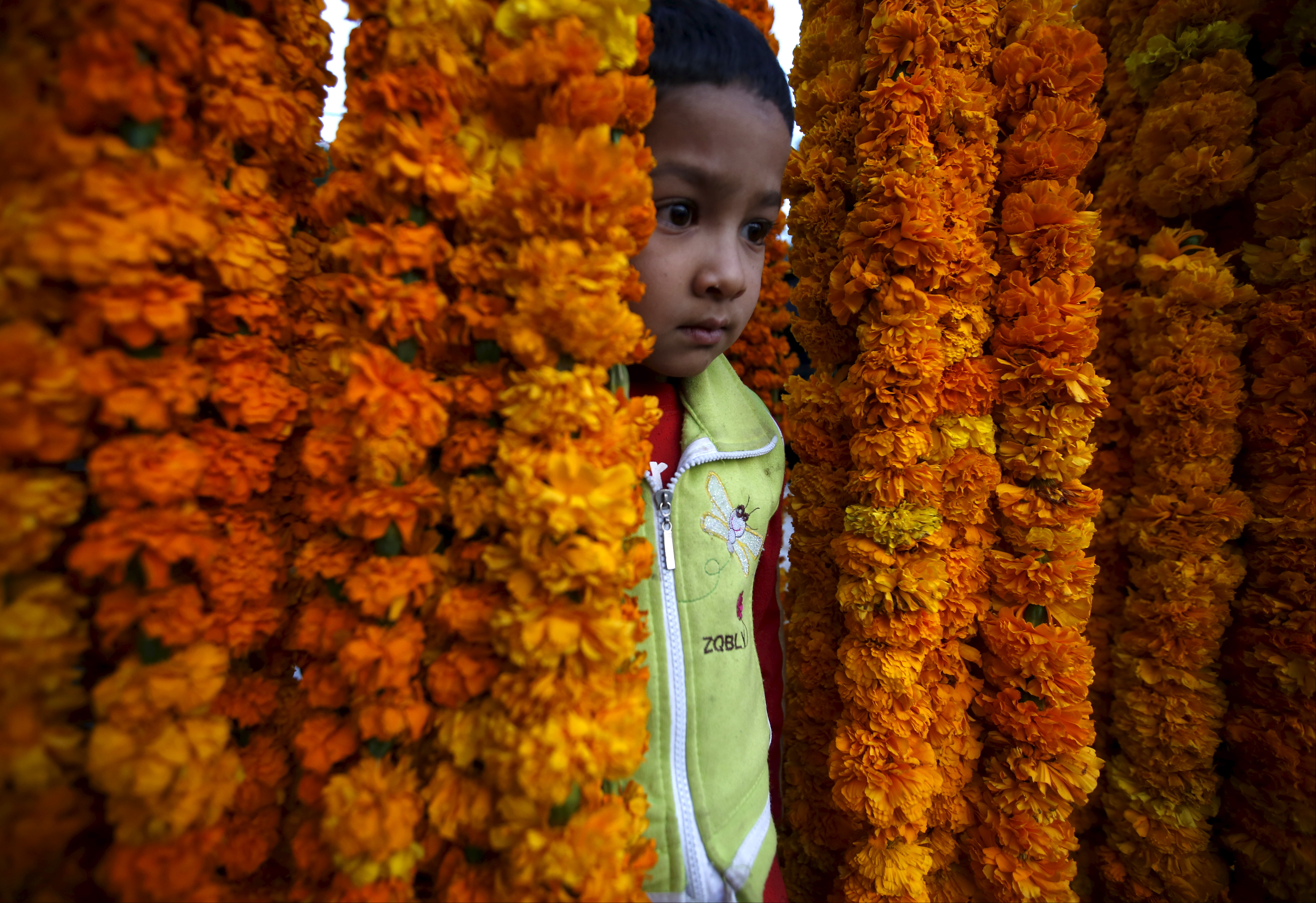 A boy stands among marigold garlands for sale on the streets of Kathmandu, Nepal. Photo by Navesh Chitrakar/Reuters 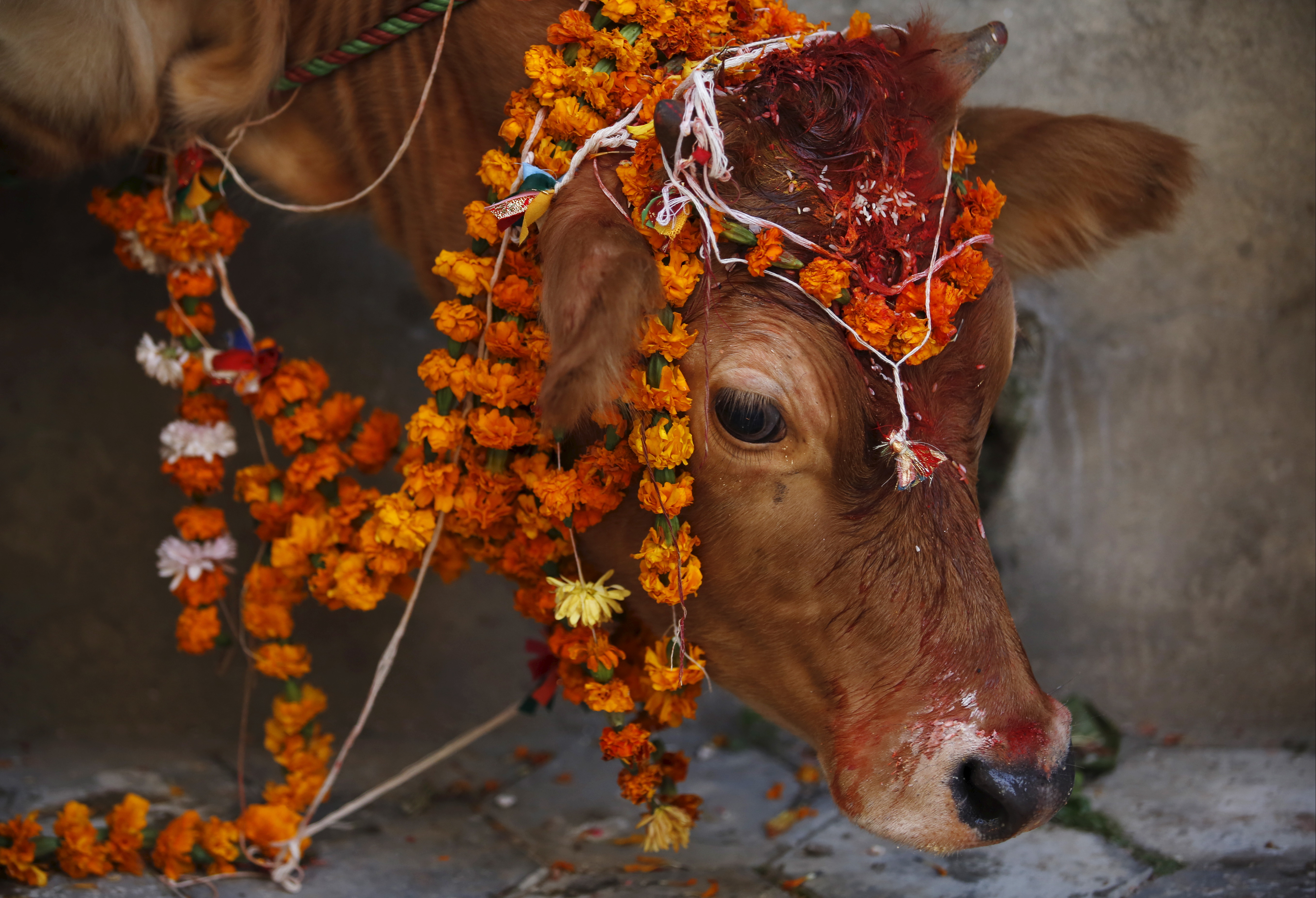 A cow adorned with garlands and smeared with vermilion powder is part of Diwali celebrations in Kathmandu, Nepal. Cows are sacred to Hindus and worshipped as a mother figure. Photo by Navesh Chitrakar/Reuters 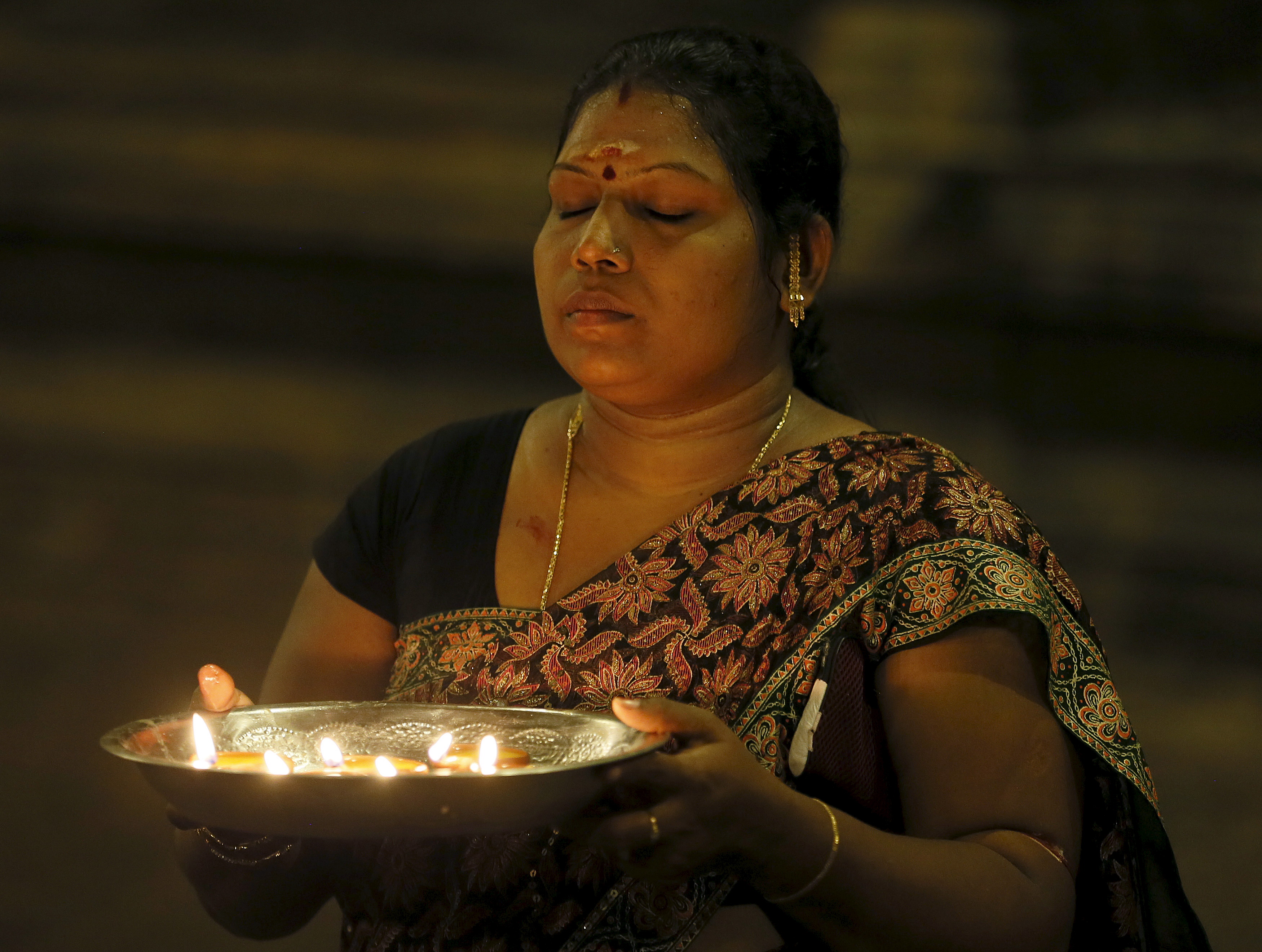 A Sri Lankan Tamil devotee prays at Shivm Kovi temple in Colombo on Nov. 10 during the Diwali festival. Photo by Dinuka Liyanawatte/Reuters 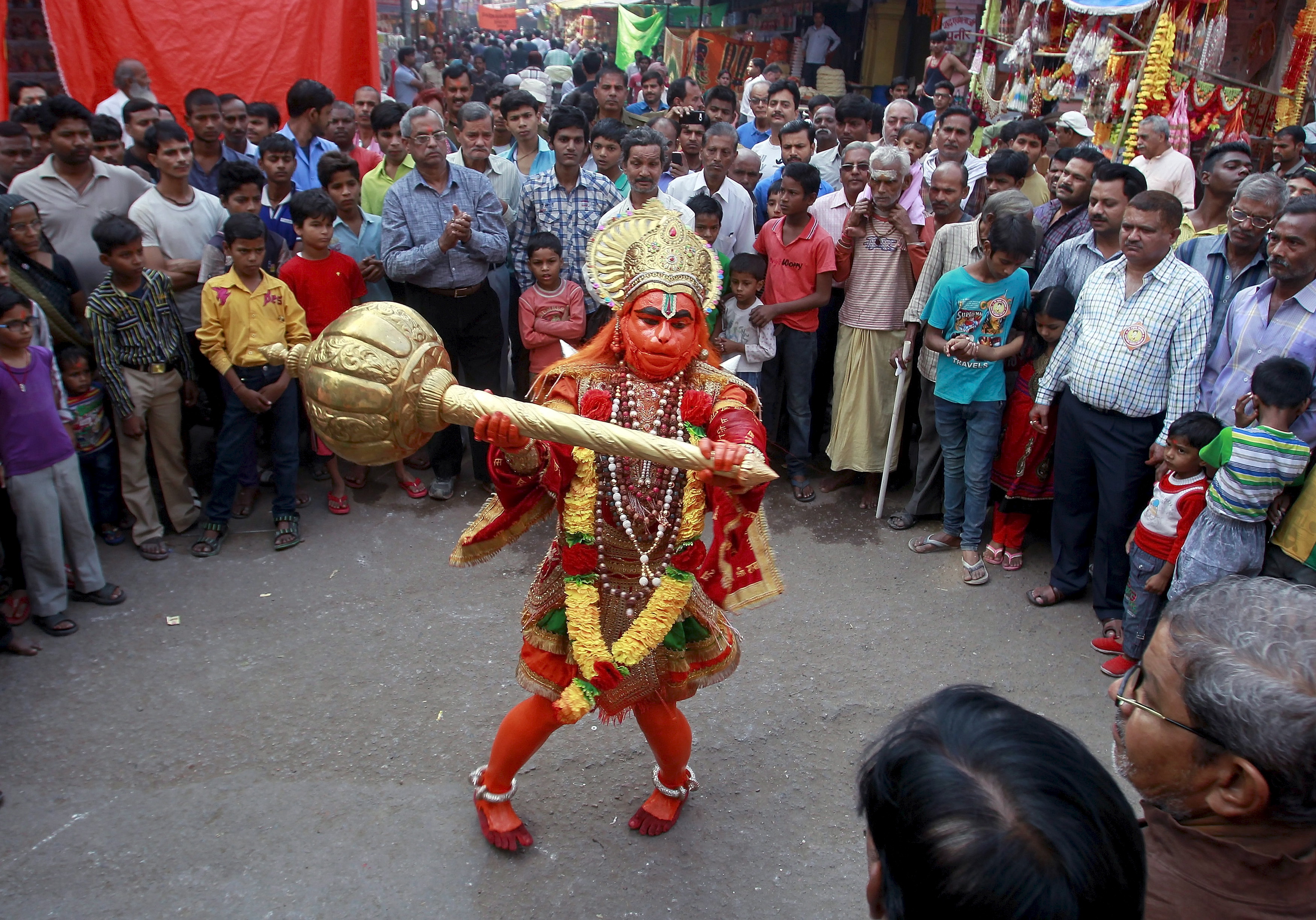 A man dressed as Hindu monkey god Hanuman performs during the Hanuman Jayanti Festival in Allahabad, India, which commemorates the birth of Lord Hanuman on the eve of Diwali. Photo by Jitendra Prakash/Reuters 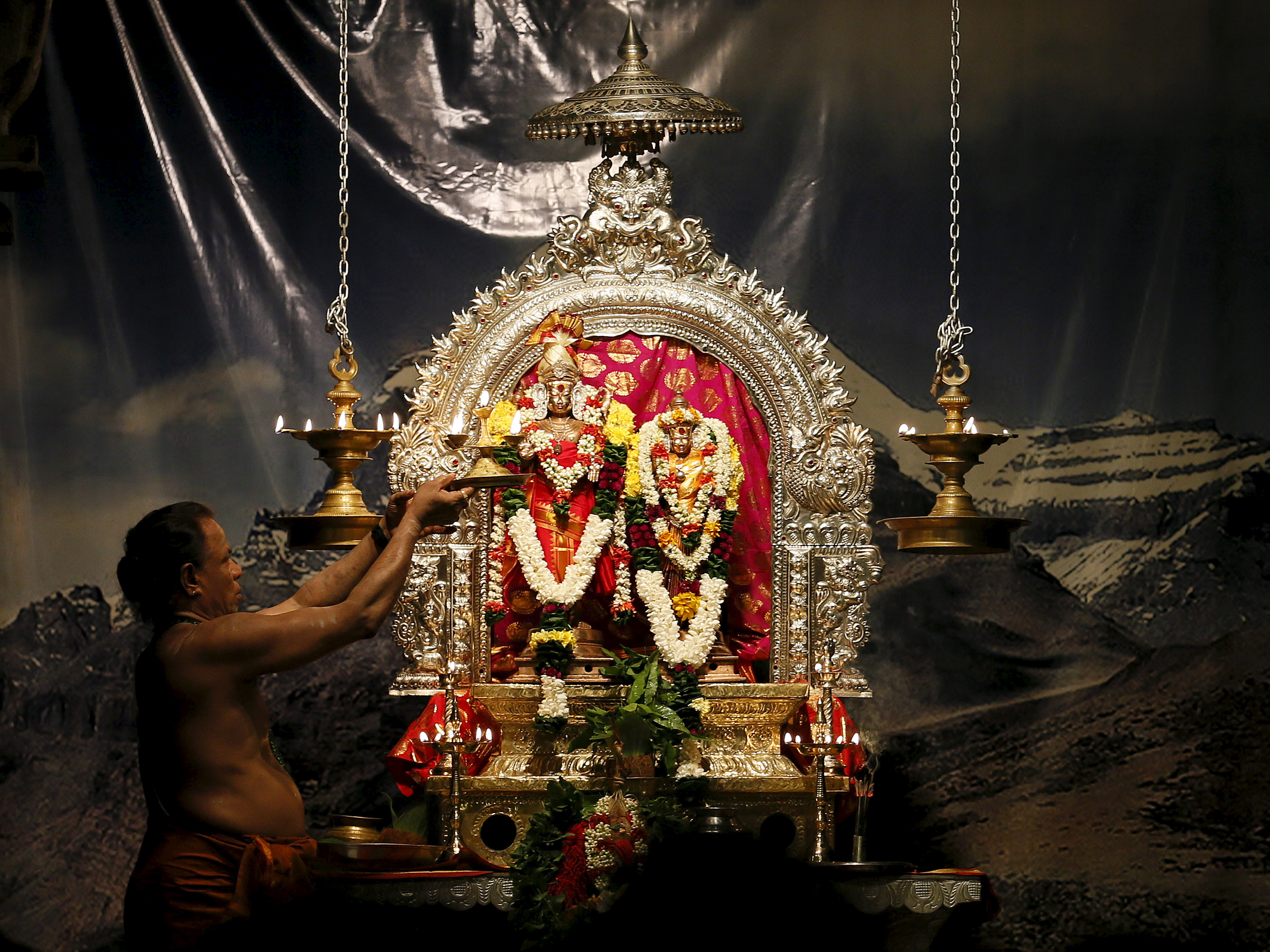 A Hindu priest makes an offering at Shivm Kovi temple in Colombo, Sri Lanka, during Diwali. Photo by Dinuka Liyanawatte/Reuters

Left: Children play with firecrackers while celebrating the Diwali, the annual Hindu festival of lights in Mumbai, India, on Nov. 11. Photo by Danish Siddiqui/Reuters