A humanitarian group said a suspected chemical attack in rebel-held Idlib province in northern Syria on Tuesday killed at least 58 people, including 11 children.

The UK-based Syrian Observatory for Human Rights said the death toll was expected to rise, because 160 people also were injured in the attack.

The gases caused symptoms including suffocation, iris shrinkage and general spasms, the group reported. It claimed warplanes from either Syria or Russia dropped the weapons. Russia’s Defense Ministry responded that none of its planes delivered any strikes in Idlib province, the Associated Press reported. 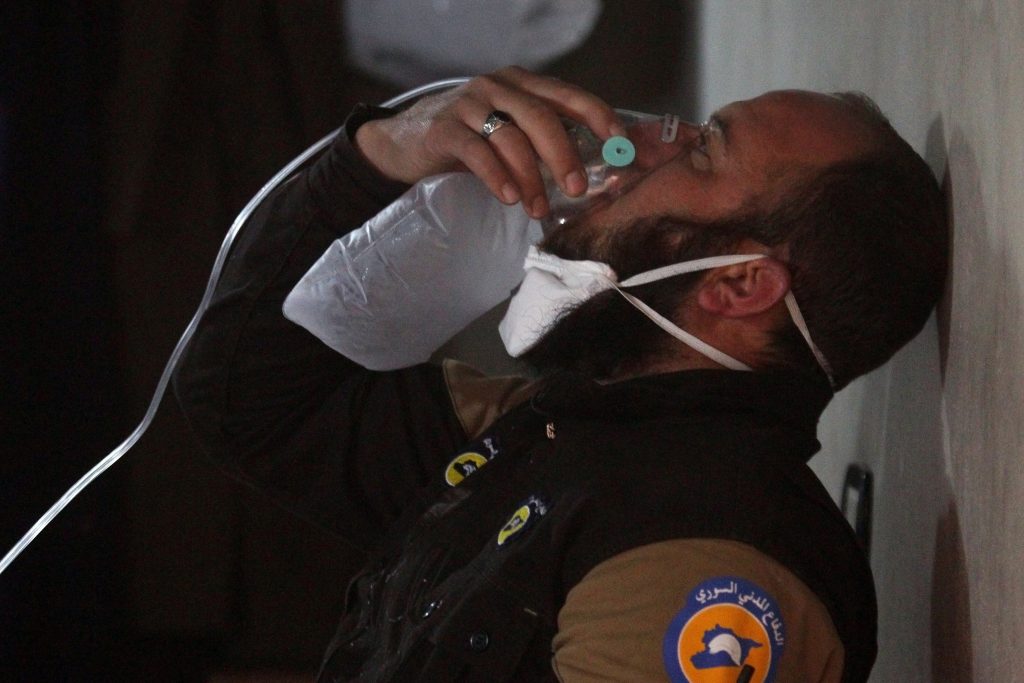 A rescue worker breathes through an oxygen mask. Photo by Ammar Abdullah/Reuters

Britain and France called for an emergency meeting of the U.N. Security Council. The council had already planned to gather for its monthly meeting on Syria on Wednesday. Their representatives urged Russia and China not to veto action related to the “war crime.”

U.N. envoy to Syria Staffan de Mistura called for the perpetrators of the “horrific” attack to be held accountable.

The United Nations previously confirmed the use of sarin gas in rebel-held portions of Damascus in 2013, though it did not say which side launched the attack. 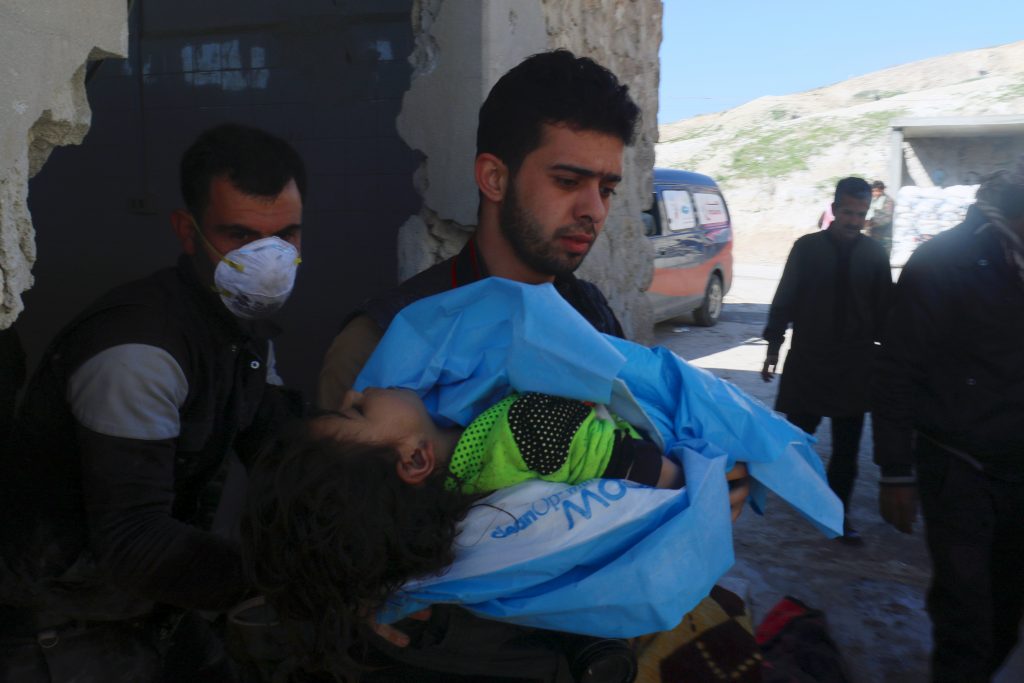 Dozens were killed in a suspected chemical attack in a town in Syria’s rebel-held northern Idlib province on April 4. Photo by Ammar Abdullah/Reuters

“These heinous actions by the Bashar al-Assad regime are a consequence of the past administration’s weakness and irresolution,” the statement said. “President Obama said in 2012 that he would establish a ‘red line’ against the use of chemical weapons, and then did nothing. The United States stands with our allies across the globe to condemn this intolerable act.”

When asked what President Trump would do, Spicer said he was consulting with his national security team and would decide, with U.S. allies, the way forward.

PBS NewsHour anchor Judy Woodruff spoke to Andrew Tabler of The Washington Institute for Near East Policy and Susannah Sirkin of Physicians for Human Rights on Tuesday’s broadcast.

MORE: Why the Trump administration is sending more troops to Syria

Left: A man carries the body of a child away from the scene of airstrikes in Idlib in northern Syria on April 4. Photo by Ammar Abdullah/Reuters