Egypt sentences 230 people to life in prison for violent protests

A court in Egypt on Wednesday handed down life sentences to 230 people for participating in the 2011 uprising that forced longtime leader President Hosni Mubarak to resign.

All of the defendants were tried in absentia, except for activist Ahmed Douma, who is already serving a three-year sentence for leading past protests and for contempt of court.

The protests led to clashes with security forces and the burning of parliament and other buildings. Wednesday’s ruling can be appealed.

“The harshness of the verdict is not a surprise to us, as the judge is driven by personal and political motives that shed light on the degree of impartiality of the Egyptian judiciary,” said Douma’s lawyer Mohammed Abdel-Aziz, the Associated Press reported.

The judge in the case, Mohammed Nagi Shehata, also presided over the death sentences of 183 out of 188 defendants charged with killing 11 policemen in Kerdasa in northern Egypt in August 2013. On Feb. 2, the court sentenced a minor to 10 years, acquitted two defendants and dropped the charges against two others who had died, according to the state-run Al-Ahram newspaper. 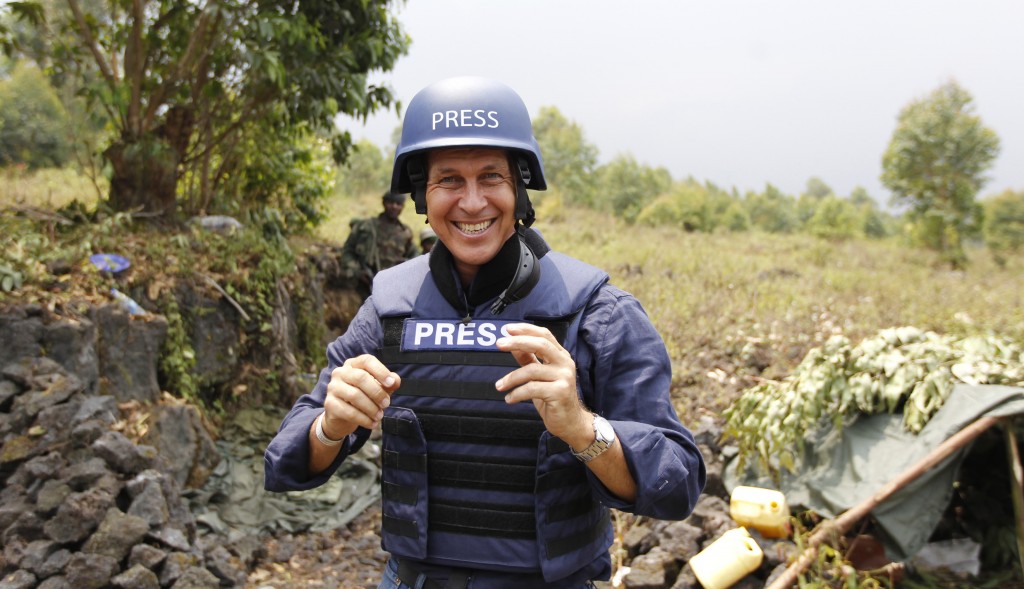 Al Jazeera journalist Peter Greste poses for a photograph in Kibati village, near Goma in the eastern Democratic Republic of Congo on Aug. 7, 2013. Photo by Thomas Mukoya/Reuters

Last summer, Shehata sentenced three Al Jazeera journalists to seven to 10 years in prison on charges of helping the Muslim Brotherhood. One of those journalists, Australian citizen Peter Greste, was freed Sunday from a Cairo jail, where he had been detained for 400 days, to serve out the legal process at home. He arrived in Brisbane on Wednesday and called for the release of his other two colleagues.

Borzou Daragahi of the Financial Times bureau in Cairo explained the difficulties in releasing the other two: