Everything we know about Pope Francis’ trip to the U.S.

In his first trip to the United States in September, Pope Francis will make stops in Washington, D.C., and New York before celebrating the World Meeting of Families in Philadelphia.

The Vatican released his schedule for Sept. 22-27, and Cardinal Donald Wuerl, the archbishop of Washington and one of his hosts, expanded upon it a little more for reporters on Tuesday.

The pope is coming as a “pastor of souls, whose focus is not political,” said Wuerl. “For our country today, with the concerns that we have and the tensions we sometimes face, to have someone of his stature say, ‘remember folks, you are brothers and sisters; remember folks, you are all part of the same family of God,’ I think that’s a message we’re all eager to hear.”

Yes, he will ride the “popemobile” during his visit to Washington, offering the public one of several chances to see him, Wuerl confirmed.

Following a two-day visit to Cuba, where he will celebrate Mass in Havana and meet with Cuban President Raul Castro, Pope Francis will arrive at Andrews Air Force Base at about 4 p.m. EDT. He has no events scheduled.

Pope Francis goes to the White House for a 9:15 a.m. EDT meeting with President Barack Obama, who visited him in Rome in March 2014. 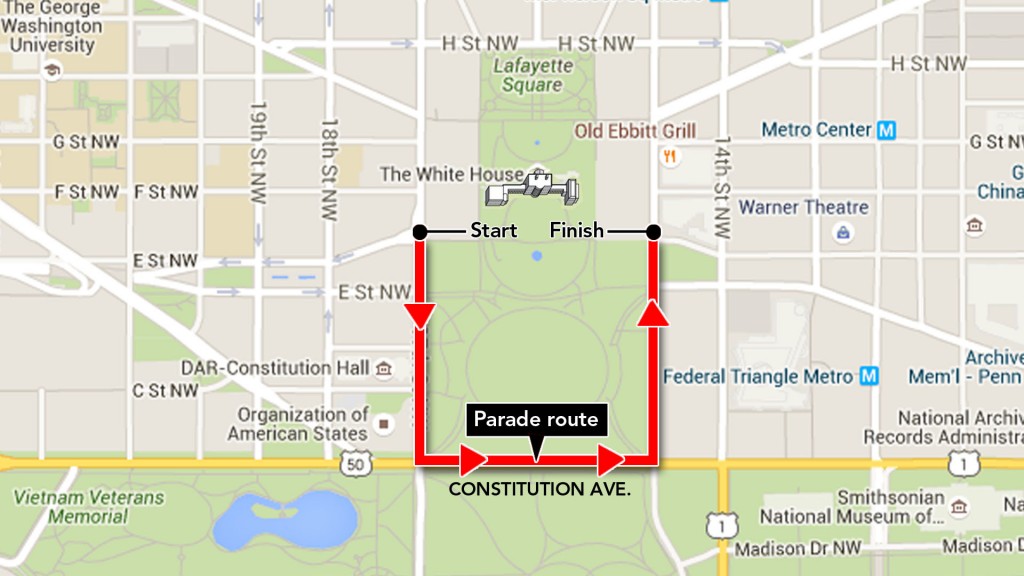 Following the meeting, the pope will travel in the popemobile around the Ellipse and past part of the National Mall at about 11 a.m. EDT. The public may line the route, no tickets needed. Security checkpoints open at 4 a.m. and close at 10 a.m. See more information, including a list of restricted items.

At 11:30 a.m. EDT, the pontiff meets with U.S. bishops at the Cathedral of St. Matthew the Apostle in Washington, D.C.

At 4:15 p.m. EDT, he celebrates Mass at the Basilica of the National Shrine of the Immaculate Conception in Washington, D.C. The pope will canonize Junipero Serra, Spanish-born Franciscan friar who started nine Spanish missions in California in the 1700s. Those invited include religious leaders, Catholic charities, and representatives of California with ties to Serra. He will say the Mass in Spanish.

How will the general public get tickets? The Mass on the grounds of the Basilica and adjacent Catholic University will accommodate about 25,000 seats and another 20,000 standing room tickets. Once the archdiocese determines how many tickets are available, after security measures are considered, people will be able to get tickets through their parishes, Wuerl said.

Those without tickets can watch the Mass on large television screens, or Jumbotrons, placed around the city, he added.

Pope Francis speaks at a joint meeting of Congress — the first time a pope has ever addressed the House and Senate — at 10 a.m. EDT. His speech will be shown on Jumbotrons on the National Mall. He is expected to deliver this speech in English.

At 11:15 a.m. EDT, Pope Francis visits St. Patrick’s Catholic Church, which is the headquarters of the service organization Catholic Charities of Washington.

While there, he will visit with the homeless and get a chance to see one of the programs, St. Maria’s meal van, in action, said Wuerl.

In the afternoon, the pope flies to New York and participate in Evening Vespers or prayers at St. Patrick’s Cathedral in New York City.

The pontiff then pays a visit to Our Lady Queen of Angels school in the East Harlem community at 4 p.m. EDT.

At 6 p.m. EDT, he celebrates Mass in Madison Square Garden.

Pope Francis travels to Philadelphia at 8:40 a.m. EDT to participate in the World Meeting of Families, a gathering that takes place every three years in a different international city.

He celebrates Mass at the Cathedral Basilica of Saints Peter and Paul for the Archdiocese of Philadelphia at 10:30 a.m. EDT.

The pope discusses religious freedom with Hispanics and other immigrants at Independence Mall at about 4:45 p.m. EDT. 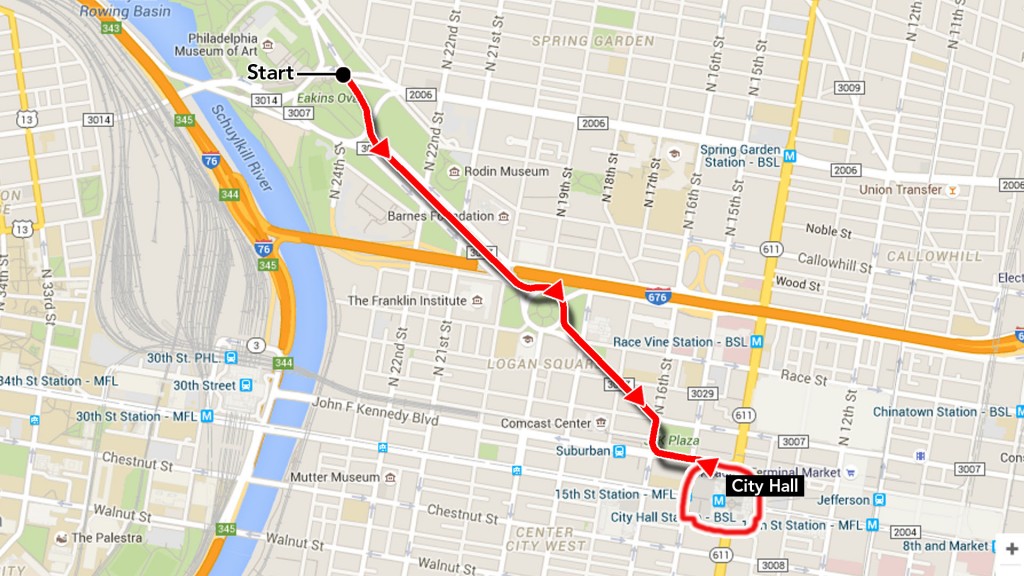 He visits the Festival of Families along Benjamin Franklin Parkway at 7:30 p.m. EDT. His parade route, before his evening appearance at the festival, takes him from Eakins Oval down the Benjamin Franklin Parkway, around City Hall and back to the starting point. A second, shorter parade along the same route takes place on Sept. 27 before the open-air Mass.

He plans to visit inmates at Curran-Fromhold Correctional Facility at 11 a.m. EDT.

The pope later goes back to Benjamin Franklin Parkway to celebrate an open-air Mass at 4 p.m. EDT, and then greets organizers of the World Meeting of Families at 7 p.m. EDT before flying back to Rome that night.