For years, Afghans have fled the violence in their country, seeking asylum in Europe or elsewhere in the Middle East. But over the past year, about 600,000 Afghans have crossed the border back into Afghanistan, coming from Pakistan, Iran and Europe when they are denied asylum.

Human Rights Watch says Pakistan is using a UN incentive program that gives refugee families a cash grant of $400 to voluntarily return home as a way to pressure Afghans to go back to Afghanistan. But Afghanistan is unprepared to absorb them.

They are returning to “no homes, no land and no jobs, schools or clinics” and are forced to join the 1.5 million people already displaced by conflict, said Gerry Simpson, senior researcher and advocate with HRW’s Refugee Rights Program. 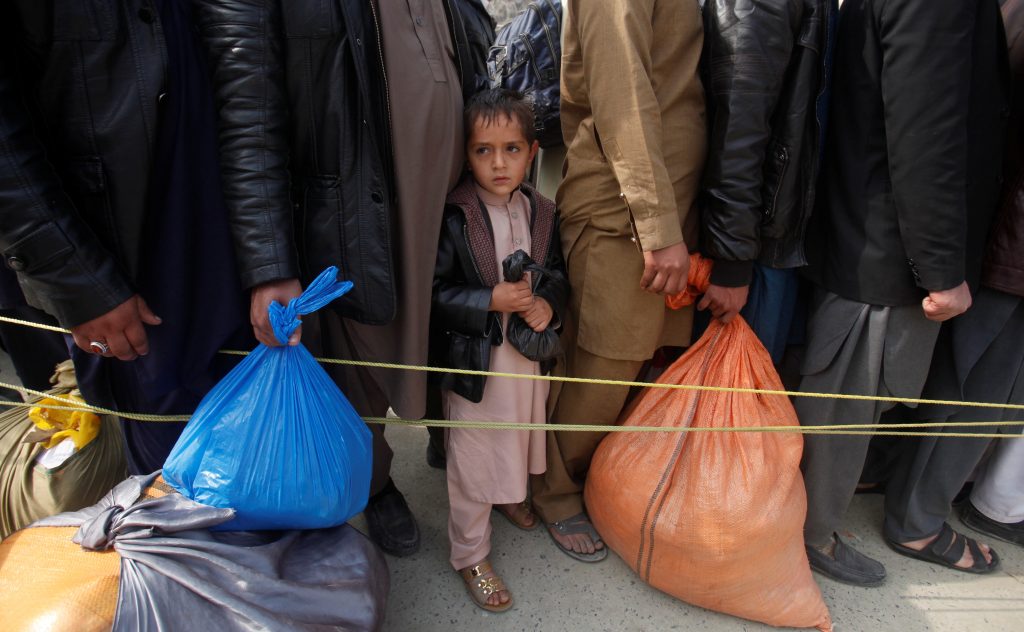 Some 10,000-15,000 people use the border crossing in Torkham, Pakistan, each day. Photo by Fayaz Aziz/Reuters

United Nations High Commission for Refugees spokeswoman Ariane Rummery said at a press briefing last month the organization is concerned that the pace of those returning is outstripping the country’s ability to accept them. She urged donor countries to follow through on their pledges to support the Afghan government.

Matthew Graydon, a spokesman for the International Organization for Migration’s Afghanistan office, said this week from Jalalabad that some of the returning Afghans have been living in neighboring Pakistan for 20 or 30 years, having left during the Soviet conflict and later the Afghan civil war. 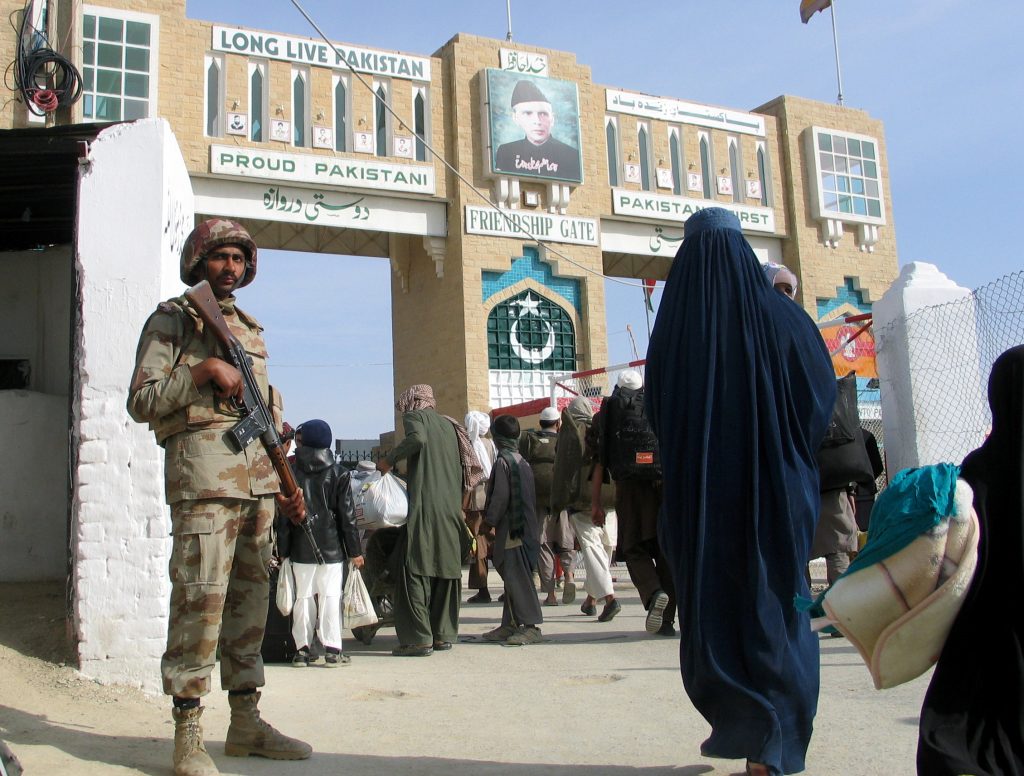 A Pakistani soldier stands guard at the Friendship Gate border crossing in the town of Chaman, Pakistan. The porous border between Afghanistan and Pakistan has long been a source of tension between the two countries. Photo by Saeed Ali Achakzai/Reuters

But whether they are looking for better economic opportunities in their home country or feeling pressure to leave Pakistan, they all have basic needs once they cross the border. IOM tries to help by providing food, medical help and a temporary place to stay, he said.

IOM also is equipping Afghans with mobile phones for a new pilot project, called the Community Response Map. It allows returning Afghans to send text messages or phone calls to indicate whether they need food, shelter, jobs or a place to settle. More than 1,200 people have responded so far.

“It’s one of the tools that lets us get a clear picture of the returnees. We know when they arrive, but we also want to know where they’re going,” Graydon said. He said IOM shares the information with other organizations so they can work together to provide services, shelters, and infrastructure like schools and clinics.

This week, the organization has helped provide shelter and winter items to 2,000 families, he said.

“If people don’t have access to what they need, they’ll move to another place,” and possibly strain the resources of the local communities, Graydon continued. IOM hopes to preempt that by providing them what they need at their chosen destination, he said. 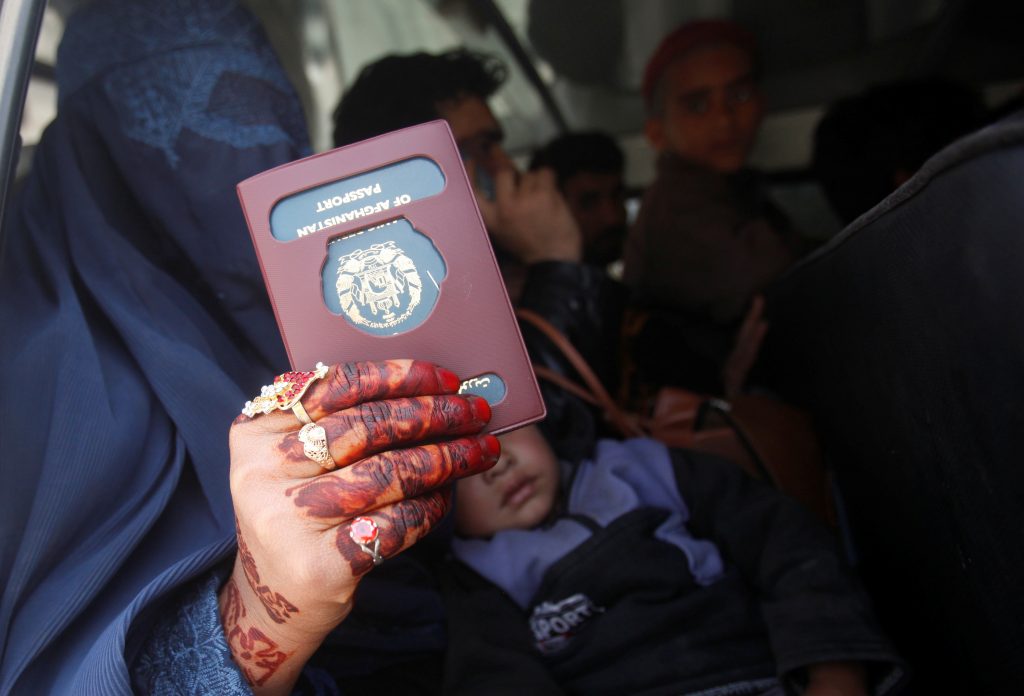 An Afghan woman holds her passport as she waits at the border crossing at Torkham, Pakistan. Pakistanis have increased security at this entry point, now requiring Afghans to show their passports and visas. Photo by Fayaz Aziz/Reuters

Left: Afghans wait to cross into their home country at the border post in Torkham, Pakistan, on March 7. Photo by Fayaz Aziz/Reuters