In Qatar, Coaxing Food From One of the World’s Driest Places

See how the harsh environment in Qatar is made more adaptable to growing fruits and vegetables. 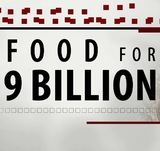 In the small Middle Eastern country of Qatar, where fresh water is scarce and most food is imported, scientists are testing ways to grow vegetables that use more greenhouse gases than they produce.

Simply removing the salt from seawater to make it drinkable and useful in agriculture takes an enormous amount of energy and money.

So in 2012, with backing from Qatar’s national fertilizer company and additional investment from Norwegian fertilizer producer Yara International, the newly formed Sahara Forest Project built a $7.5 million pilot site next to an ammonia plant near Doha.

There, scientists and engineers are building systems where waste products from one component are used to fuel another. For example, seawater runs through cardboard panels to cool the air in a greenhouse where cucumbers grow and carbon dioxide is pumped in from the factory next door to make the plants grow faster.

Jon Miller of Homelands Productions reports on the project in the next installment of the “Food for 9 Billion” series airing on Tuesday’s PBS NewsHour:

The “Food for 9 Billion” series is a PBS NewsHour collaboration with the Center for Investigative Reporting, Public Radio International’s The World, American Public Media’s Marketplace and Homelands Productions.