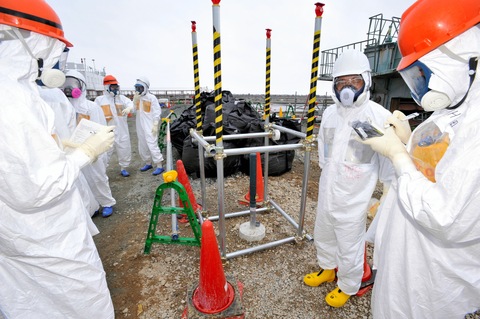 Members of the local government and nuclear experts inspect a coastal observation well in Fukushima, Japan. Photo by the Japanese newspaper the Asahi Shimbun via Getty Images.

New revelations that the damaged Fukushima Dai-ichi nuclear power plant in Japan is leaking more radioactive groundwater than previously thought have prompted Japanese Prime Minister Shinzo Abe to say Wednesday that the government will step in and “take firm measures” to help solve the problem.

On Thursday’s PBS NewsHour, we’ll explore the scope of the problem with Arjun Makhijani, an electrical and nuclear engineer who is president of the Institute for Energy and Environmental Research in Maryland.

In the meantime, he gave us some numbers to consider about the plant:

The new amount of radioactive groundwater the Japanese government estimates has been leaking into the Pacific Ocean each day since soon after the nuclear plant’s meltdown, following the March 2011 earthquake and tsunami.

Daily volume of cooling water, plus the water entering into building basements due to rain and from groundwater, that must be managed at the site. 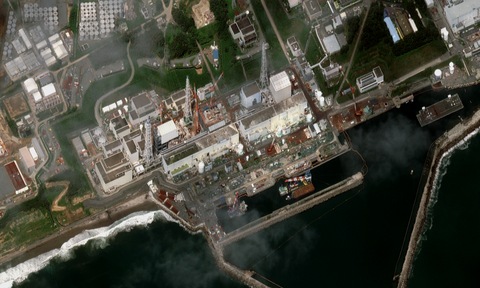 A satellite image of the Fukushima nuclear plant shows its position on the coast of the Pacific Ocean. Imagery collected on Aug. 4, 2013. By DigitalGlobe/ScapeWare3d via Getty Images.

Estimated cost of building a new containment system that the Japanese government is considering — a frozen underground wall to block water from escaping, reported the Associated Press.