Haitians take to the street to protest country’s election process

Updated Feb. 8 | Haitian President Michel Martelly stepped down on Sunday, as was constitutionally required, and a provisional government will take his place until a run-off election is held on April 24. A new president is expected to be sworn in on May 14.

Haiti’s current president is supposed to leave office on Sunday, but there is no one to take his place.

Haitians have been protesting all week against the nation’s electoral process after disputed elections in the fall saw current President Michel Martelly’s chosen successor take the lead.

The Caribbean island held presidential elections on Oct. 25, 2015. Since no candidate won a majority of the vote, a run-off election was scheduled for Dec. 27.

In the first round, banana exporter Jovenel Moise and mechanical engineer Jude Celestin won most of the votes at 32.8 percent and 25.3 percent, respectively. Moise is Martelly’s chosen successor. More than 50 others ran for the nation’s top post.

The runoff was postponed several times due to protests — which sometimes turned violent — against what the opposition called fraud in the first election. 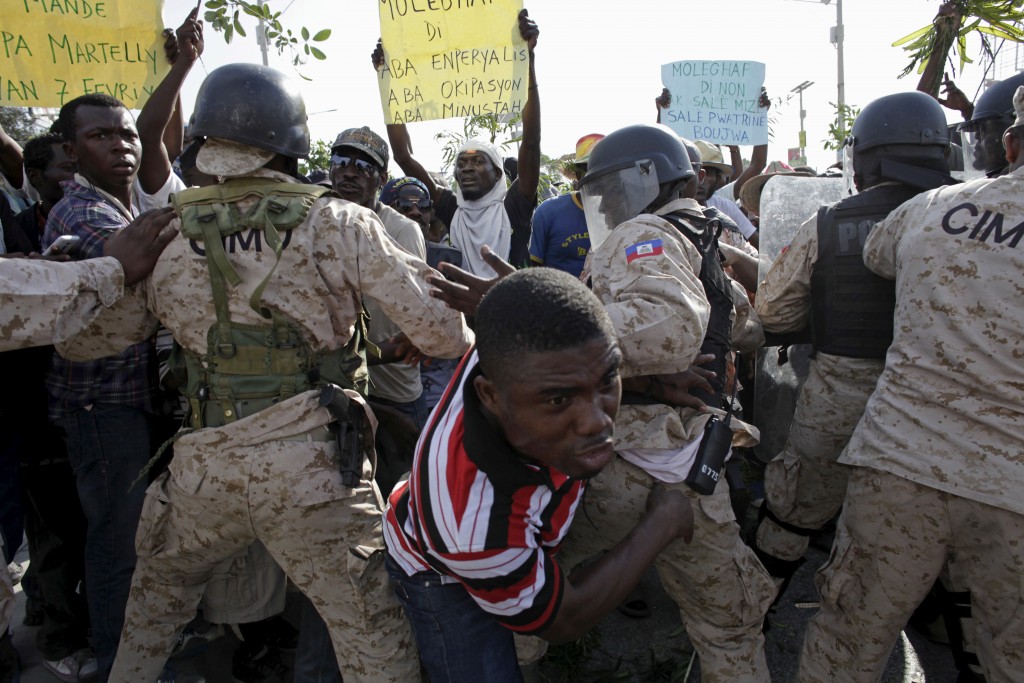 A man crosses a police cordon during a protest against the electoral process in Port-au-Prince, Haiti on Jan. 30. Photo by Andres Martinez Casares/Reuters

Martelly, who is constitutionally barred from running again, postponed the runoff to Jan. 17, Jan. 24 and then the latest date of April 24.

However, his term constitutionally ends on Feb. 7.

The Haitian Senate proposed a plan in which Martelly would leave office as planned on Sunday, and a consensus prime minister would run the country until a new president was elected.

“Martelly has no role he can play,” said Samuel Madistin, who represents one of the opposition coalitions, which includes Celestin, according to the Associated Press. “The proposition being discussed is like something in a game by playing children.” 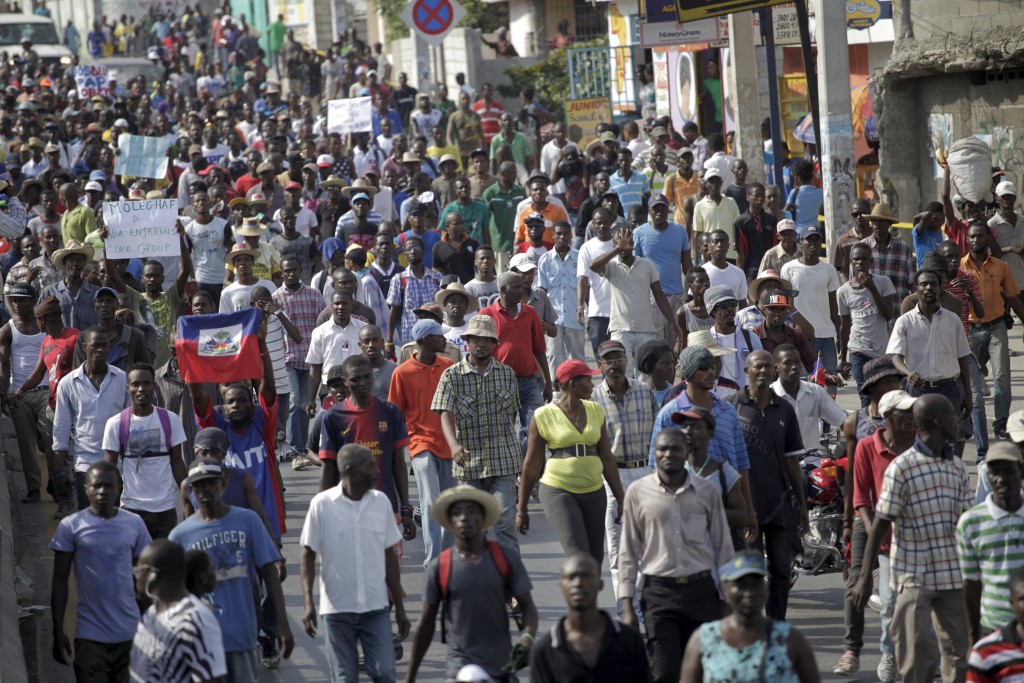 Protesters march during a demonstration against recent proposed changes to the electoral process in Port-au-Prince, Haiti, on Jan. 30. Photo by Andres Martinez Casares/Reuters

Instead, the opposition wants a transitional government led by a Supreme Court leader to verify disputed results from the October elections. Haiti’s nine-member Provisional Electoral Council says it lacks the authority to form a verification commission.

Celestin boycotted the planned runoff in January, calling the process “a farce.”