Wendee Nicole was studying tropical forest conservation and its impact on indigenous populations in 2014 when she learned about the plight of the Batwa people of southwestern Uganda.

When Bwindi Impenetrable National Park — home to nearly half the world’s mountain gorilla population — was established in 1991, it became off-limits to the Batwa people, who had lived, hunted and fished there.

They were moved to settlements in surrounding areas, some in better condition than others. The one Nicole encountered was in rough shape, she said.

“I went to this one village and what I saw was so heartbreaking,” Nicole recalled recently. Her own family had grown up in a home without running water and with an outhouse, but “my dad’s log cabin would have been a palace” compared to their living arrangements.

They weren’t just poor, she continued, they suffered from loss and indignity. She learned the women of the village sometimes resorted to prostitution to earn money, making them vulnerable to HIV.

Nicole felt a calling to return and try to help.

Her own children had grown and entered college. So when she got back to the U.S., she sold her home in Houston and moved to Uganda.

Instead of joining an existing organization as a volunteer — “I felt I would be more effective working by myself” — she founded Redemption Song Foundation, a nonprofit registered in Texas and dedicated to helping the Batwa who live in Kalehe, a village of about 50 inhabitants. 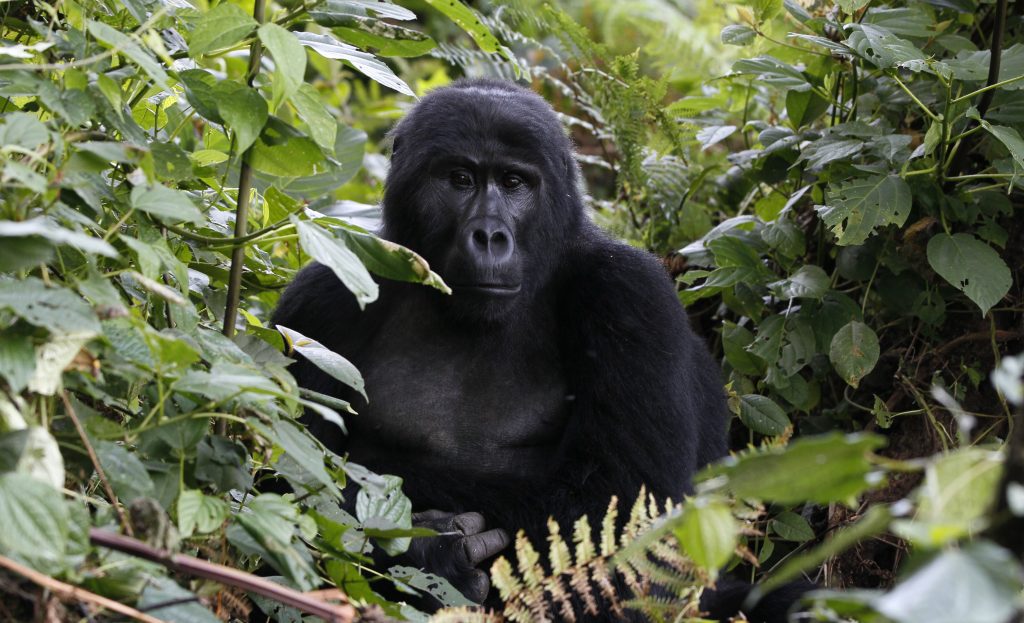 An endangered mountain gorilla rests in the Bwindi Impenetrable National Park in southwestern Uganda. The total population of mountain gorillas worldwide is estimated at 880, half of which are to be found in Uganda’s Bwindi forest. Photo by Thomas Mukoya/Reuters

“Ultimately, I don’t want to be a ‘white savior,’ but more like empowering them to believe in themselves, to educate themselves, and to value themselves enough to get medical care from the hospital,” she said.

Her organization collects donations to pay for children’s primary school fees, uniforms, supplies and transportation, along with hygiene kits for girls so they can continue to attend school while menstruating.

“The money allows them to have more power in this society, instead of begging from people or getting handouts.” — Wendee Nicole, founder of Redemption Song Foundation

To help make the villagers more self-sufficient, she buys their specialty — colorful, woven baskets — and resells them in the United States at “basket parties” and at her church in Houston for about $10 to $50 each. Nicole also is working to get stores to sell the baskets and has made headway with a few shops in the U.S. She also sells the baskets, jewelry, music shakers and cloth bags in her online store.

Before, when visitors would come to the area, the Batwa “would dance for the tourists and maybe someone will buy one or two baskets. I’ll buy 10 baskets from every single person in the village” several times a year to help increase their income.

She’s managed to make almost $50,000 per year, about half from donations and half from the sales of the goods.

“The money allows them to have more power in this society, instead of begging from people or getting handouts,” she said.

In the long term, Nicole said she would like to move back to the U.S. and have the village programs run by Ugandans. She plans to always stay involved with the organization and to continue making connections in the U.S. for fundraising purposes.

The Batwa with whom she works have granted her permission to use their stories in her presentations. Sharing their stories is her favorite part. “I think people like supporting something, knowing (the product) came from Africa and it’s supporting this disenfranchised community.”