More than 11 million documents from a Panamanian law firm were released over the weekend in a massive data dump that purported to show the company helped clients launder money and evade taxes.

A source (unnamed in the media reports) gave the financial and legal documents to German newspaper Süeddeutsche Zeitung, which shared them with the International Consortium of Investigative Journalists. More than 100 media outlets have participated in analyzing the documents so far.

A yearlong investigation by the ICIJ said the law firm based in Panama, Mossack Fonseca, helped companies and individuals with tax havens, including those that have been sanctioned by the U.S. and UK for dealing with Syrian President Bashar al-Assad.

“I think the leak will prove to be probably the biggest blow the offshore world has ever taken because of the extent of the documents,” said Gerard Ryle, director of ICIJ. He said the documents spanned four decades of the company’s work.

Mossack Fonseca’s services include incorporating companies in offshore jurisdictions and administering the companies for an annual fee.

In statements to Süeddeutsche Zeitung, Mossack Fonseca said in part, “We regret any misuse of our services and actively take steps to prevent it. We regret any misuse of companies that we incorporate or the services we provide and take steps wherever possible to uncover and stop such use. If we detect suspicious activity or misconduct, we are quick to report it to the authorities. Similarly, when authorities approach us with evidence of possible misconduct, we always cooperate fully with them.”

(Read all of the law firm’s statements to Süeddeutsche Zeitung.) 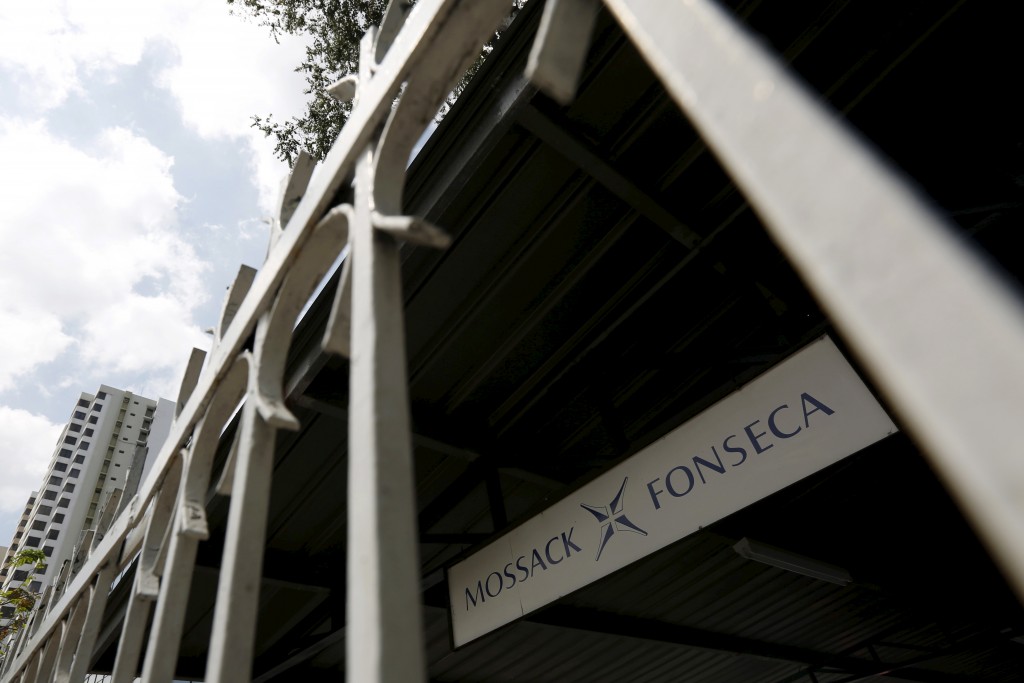 Russian President Vladimir Putin’s name does not appear in the documents but his associates were named as allegedly taking part in money laundering.

Iceland’s Prime Minister Sigmundur Gunnlaugsson did not declare that he and his wife had bought an offshore company when he entered parliament. He reportedly sold his portion of the company to his wife eight months later.

“It’s not that they’re doing anything illegal, but in some cases, of course, you would say that they may have breached ethics rules in their own countries,” Ryle told NewsHour Weekend anchor Hari Sreenivasan on Sunday.

(ICIJ lists some of the players involved here.)

Gwen Ifill talks to Gerard Ryle of the International Consortium of Investigative Journalists and Shruti Shah of Transparency International-USA about the revelations on Monday’s PBS NewsHour.

Left: People are silhouetted against a backdrop projected with the picture of various currencies of money in this illustration taken on April 4. Illustration by Kacper Pempel/Reuters