How ‘MTV Shuga’ works to wipe out the stigma of HIV

“MTV Shuga,” a TV show airing in Kenya and Nigeria, aims to dispel stereotypes about people with HIV. Sharon Ezeamaka, a Nigerian actress who plays Princess on the show, never thought she’d be one of those educated.

“I’ve never been someone who judges other people, but ‘Shuga’ has made me even more accepting,” the 23 year old said recently by phone. “I learned a lot about HIV and AIDS, and how you can live with it.”

The show, which began in 2009 in Kenya, and continued in Nigeria, portrays real-life scenarios of people who either have or are involved with someone who has HIV. The prevailing theme is to get tested for the virus to know for sure, and then take appropriate steps to protect yourself and your partner.

One of the main characters Princess learned the hard way. She’s a “naïve girl who wants to grow up really fast and live on her own,” described Ezeamaka. “She came to Lagos (Nigeria’s largest city), and wants to be cool and so she makes a lot of bad decisions. She starts sleeping with a man much older than she. They have unprotected sex.”

Princess contracts HIV — and learns she is pregnant.

“It’s fictional but it’s based on true stories,” said Georgia Arnold, the London-based executive producer of “MTV Shuga” (“shuga” is a slang term for sugar daddy). “We try to keep it as true to life as possible because we want the audience to be able to identify with the storylines.”

In other storylines, Femi, is a music producer who is HIV-positive and seriously dating Sheila, who is HIV-free. They take a chance and make public his HIV-status to preempt a jealous man from revealing it on his own. Meanwhile, Weki, who was born with HIV, tries — unsuccessfully — to keep it under wraps. 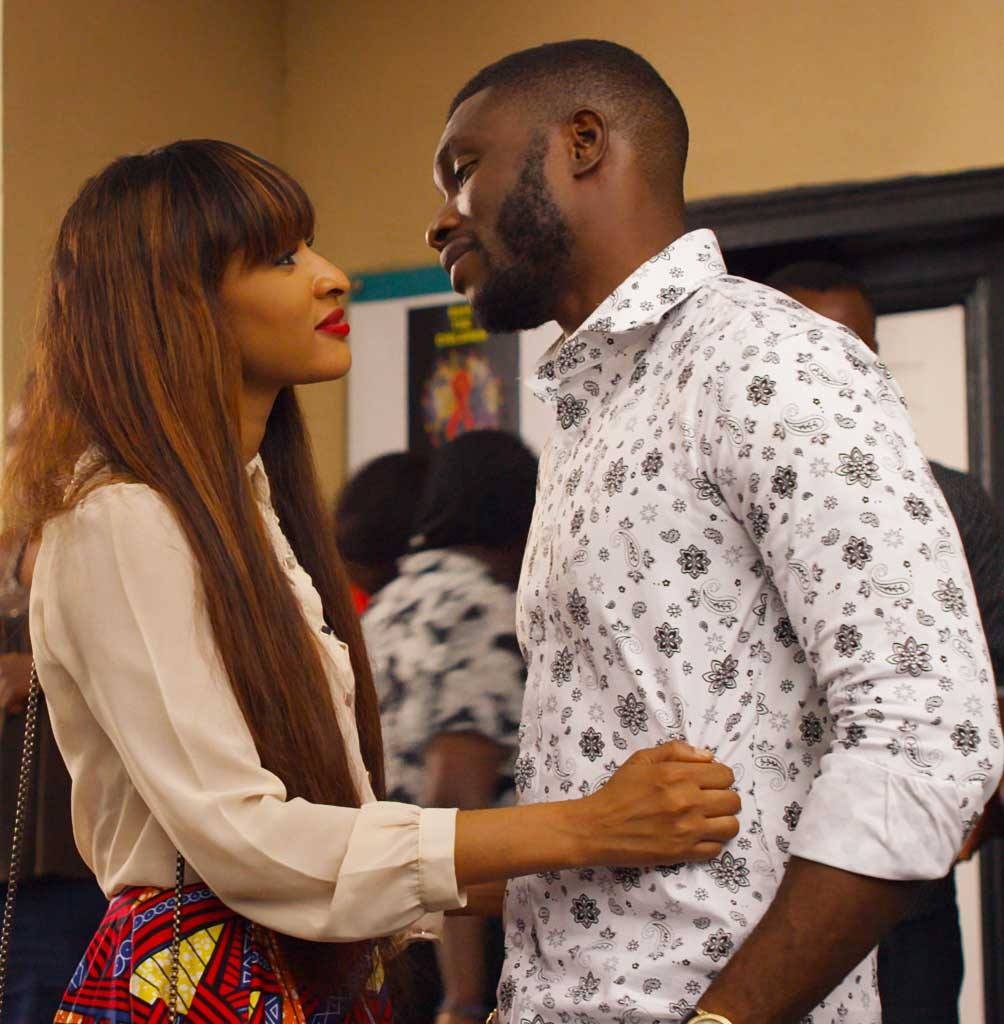 The characters Sheila and Femi are dating and grappling with the social stigma of HIV. Photo courtesy of “MTV Shuga”

The show’s writers live in the countries where the series is taped, and they confer with local youth who provide their perspectives and experiences.

The result is music-infused episodes set in clubs and bars, student hangouts and an HIV call center, which helps dispel the myths surrounding HIV — both on the show and, hopefully, among viewers. Local TV stations can air the show for free.

Arnold said the company then wanted to move production to Nigeria, because it is the most populous African country and has one of the highest numbers of HIV-infected people in the world.

“We felt like if we could get it right in Nigeria, then that would be a pretty big achievement,” she said. The foundation next has set its sights on South Africa with its high rate of HIV for the next round of episodes, if it can get funding.

“In order for us to go into any country, we need funders to be interested in that country and in the issue, a government open to the behavior change campaign, and an audience eager to see it,” she said.

The show is constructed to engage the audience. During each episode, a message pops up on screen, asking viewers to text their responses to a question, such as “Who is to blame for what happened to Mary?”

In the show, Mary was lured into spending time with a sugar daddy, Nii. Her parents, against the association at first, come around after he pays her tuition fees. Nii ends up beating Mary when she refuses his advances. 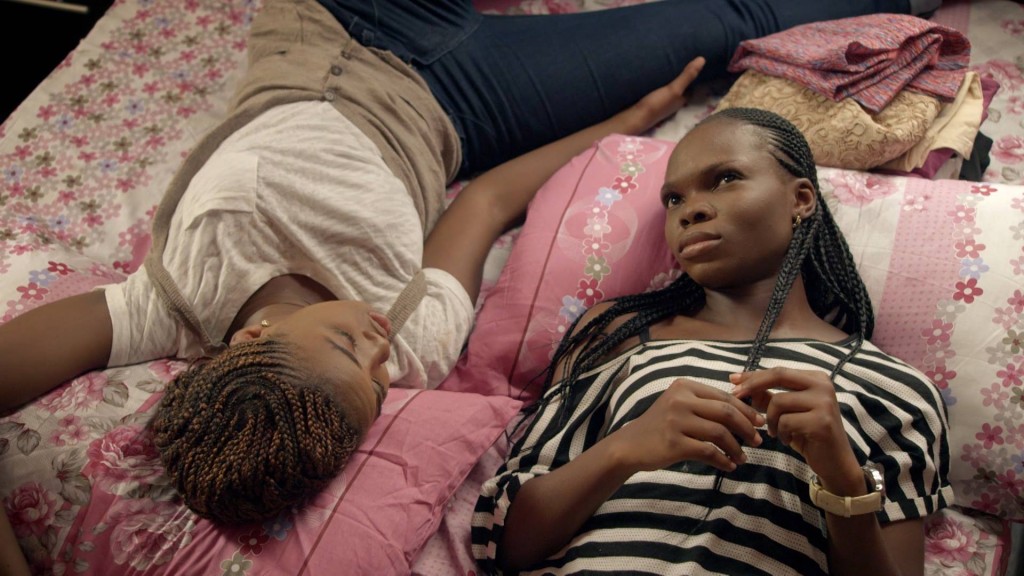 The character Mary, right, talks to her friend about her “sugar daddy.” Photo courtesy of “MTV Shuga”

When asked in the poll who was to blame, most viewers said Mary (41 percent), followed by her parents (35 percent). Only 24 percent said Nii was to blame for his violence against Mary.

In Nigeria, “one of the big issues generally is domestic violence,” said Arnold. “It’s embedded in the culture.” So when the responses skewed toward blaming Mary, it showed how far education needs to go. “MTV ‘Shuga’ has many wins. On this issue, it’s really difficult for us to move the dial.”

The producers use the audience feedback to tailor the information on its website when it appears the message isn’t getting across from just the program.

The foundation also takes the show on the road, literally, by holding viewing parties of the episodes, and hosting other public events with the cast.

Participants at the public events are able to get tested for HIV if they want, and counselors educate them about treatments. MTV Staying Alive Foundation partnered with the Elton John Foundation to train the testers and counselors.

The private testing gives people an alternative to walking into a clinic in their hometowns, where they might be recognized. In Nigeria during four months in 2015, 48,000 youth were tested through 140 peer educators, said Arnold.

As part of the outreach, Ezeamaka talked to HIV-positive and pregnant women in a hospital that specializes in their care. If women are put on antiretroviral drugs in time, they can give birth to healthy babies.

“It makes Princess a lot more real for me, meeting people actually living it,” Ezeamaka said. “It made it more intense. I felt like I had to tell their stories.”

You can watch all of the episodes here.

Left: Sharon Ezeamaka plays Princess, a pregnant and HIV-positive women, who learns how she can avoid transmitting the virus to her baby. Photo courtesy of "MTV Shuga"