‘I have never seen such destruction’ as in Yemen: aid worker

Fighting in Yemen after rebels overthrew the government in early 2015 has created a dire humanitarian situation unparalleled even in places as battle-scarred as Syria, according to a Doctors Without Borders worker.

“I’ve worked in war zones for the past 11 to 12 years, in some of the worst conflicts like Syria, but I have never seen such destruction conducted in such a short period as in Yemen,” wrote Michael Seawright from Auckland, New Zealand.

Seawright served as project coordinator for Doctors Without Borders in the Middle Eastern region. “I was based in Saada, in the north, in a Houthi-controlled area that was experiencing almost daily attacks from coalition air forces. These airstrikes were often close to our facilities and we clearly felt their effects,” he wrote.

Saudi Arabia, Yemen’s neighbor to the north, began airstrikes in March 2015 in order to keep the Houthi rebels away from its border. But the airstrikes in rebel-held areas have had a devastating effect on the population and on humanitarian efforts over the past year, according to aid groups. 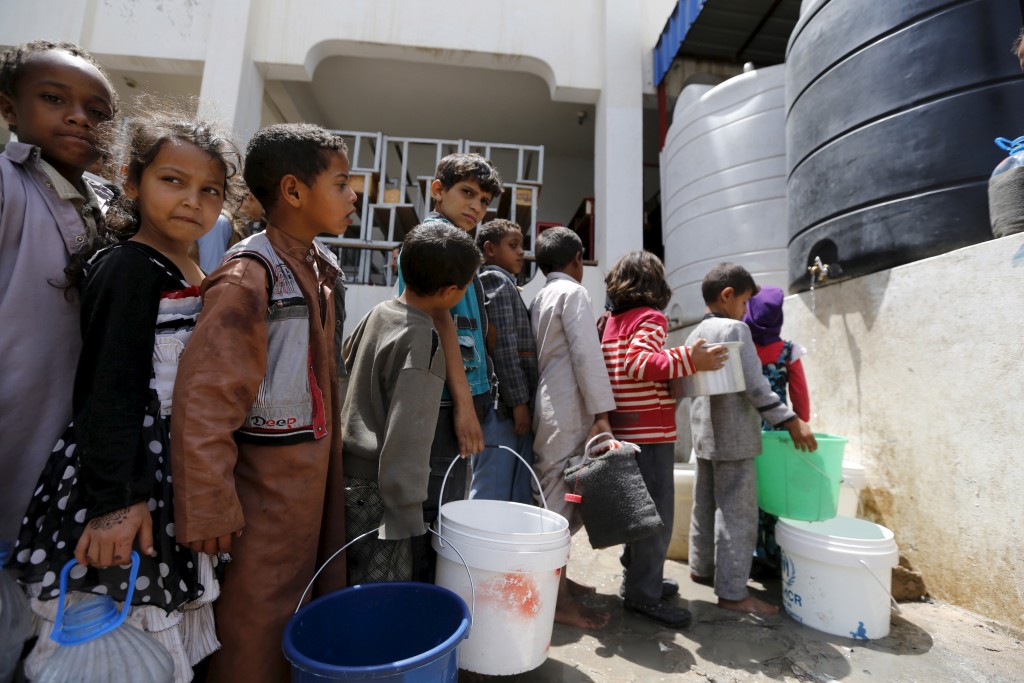 Children collect water on Aug. 4, 2015, at a school in Yemen’s capital Sanaa where they are sheltering with their families after fleeing the Houthi-controlled northern province of Saada. Photo by Khaled Abdullah/Reuters

Seawright’s account, originally published on the Doctors Without Border website, describes operations at the 93-bed hospital in Saada City.

“We were receiving a lot of patients with severe injuries, including traumatic amputations — people would come in missing feet, hands and with severe abdominal and head trauma. Many of the wounded had traveled from four to five hours away, given that it was the only hospital with emergency surgical capacity in the province, in fact in most of northern Yemen.

“There were lots of patients: we were seeing over 2,000 emergency cases a month and more than 100 surgeries a week. If you combine that with the security situation keeping people awake, it was quite challenging, especially for our medical staff many of whom were on call 24-hours a day due to staff shortages across the country.

“Despite the volatility of the conflict, life goes on, and as always pregnant women need somewhere safe to deliver their babies. The maternity ward, supported by MSF, delivered over 100 babies a week in the hospital. This was a source of pride for them but also reassuring for the wider population to know that while lives were being lost new life was being created.

“One patient whose story was particularly moving was a 3-year-old boy with severe burns who came in to the emergency department in Saada with his uncle and father. The family lived near the Saudi border, in an area where there were regular indiscriminate attacks against the community. 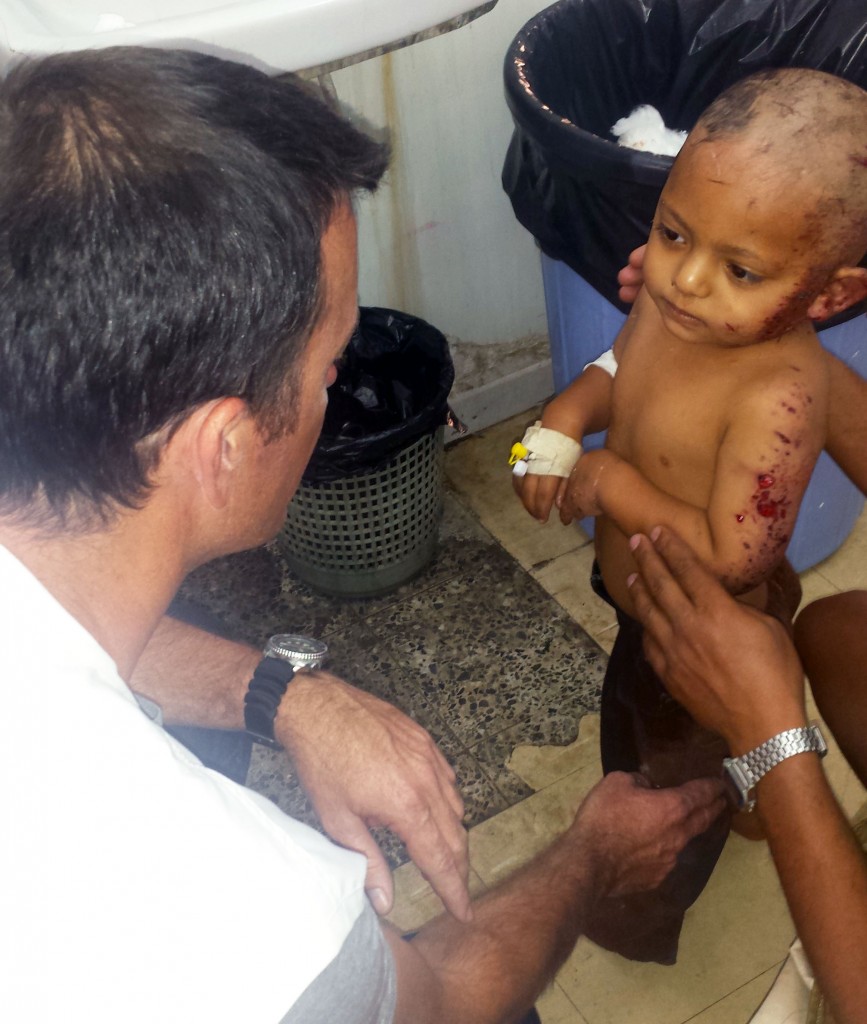 A 3-year-old boy is treated for burns at a hospital in the northern Yemen city of Saada. Photo courtesy of Doctors Without Borders

“One day while their house was being hit by coalition forces, the boy’s father and uncle, in concern for their little boy, jumped on top of him to protect him. For me it highlighted that a family in Yemen is much the same as a family here in New Zealand or Australia. What father or uncle doesn’t want to protect their son or nephew?

“And in this case they literally put their bodies between the blast and him. Unfortunately, he was still quite burnt down one side of his body, but he will recover with no significant scarring, according to our doctors.”

This month, a Doctors Without Borders-supported hospital set up near the Saudi border to try to cut down on travel time to the Saada facility was struck by a military projectile and collapsed, killing six people.

Seawright said part of his job as project coordinator was to prepare new staff, some of whom were not accustomed to that level of conflict, for the risks. He explained via email:

“When briefing new staff I take a no surprises approach, making sure they are informed about what is happening on the ground. I highlight the difficult security and working conditions to make sure they are prepared for what can be traumatic days, especially relevant given the scale and severity of wounded resulting from this war. I also highlight, while it is impossible to mitigate all risk we closely monitor the situation in order to manage staff safety, essential in active war zones such as Yemen. In short we look to make sure new staff are able to make informed choices about deciding to work in Yemen.”

Left: Boys play near houses damaged during the conflict in Yemen's northwestern city of Saada on Dec. 1, 2015. Photo by Naif Rahma/Reuters