Photo of a Syrian man listening to records in his bombed-out bedroom is about life, not war

The image has spread quickly across the Internet: a man listening to a gramophone in what’s left of his bombed-out bedroom in Aleppo, Syria. The AFP photographer who captured the moment, Joseph Eid, says he thinks knows why it struck a chord with so many.

“I’m a war photographer and I’ve seen lots of atrocities. This one is different,” Eid said this week from his office in Beirut. The image shows the tragedy of war, but it also shows someone rising above it through the transcendent power of music. “It talks about life.”

The subject is 70-year-old Mohammed Mohiedin Anis, who is also known around town as Abu Omar. He owns a collection of 1950s vintage American vehicles that would make any auto aficionado drool. 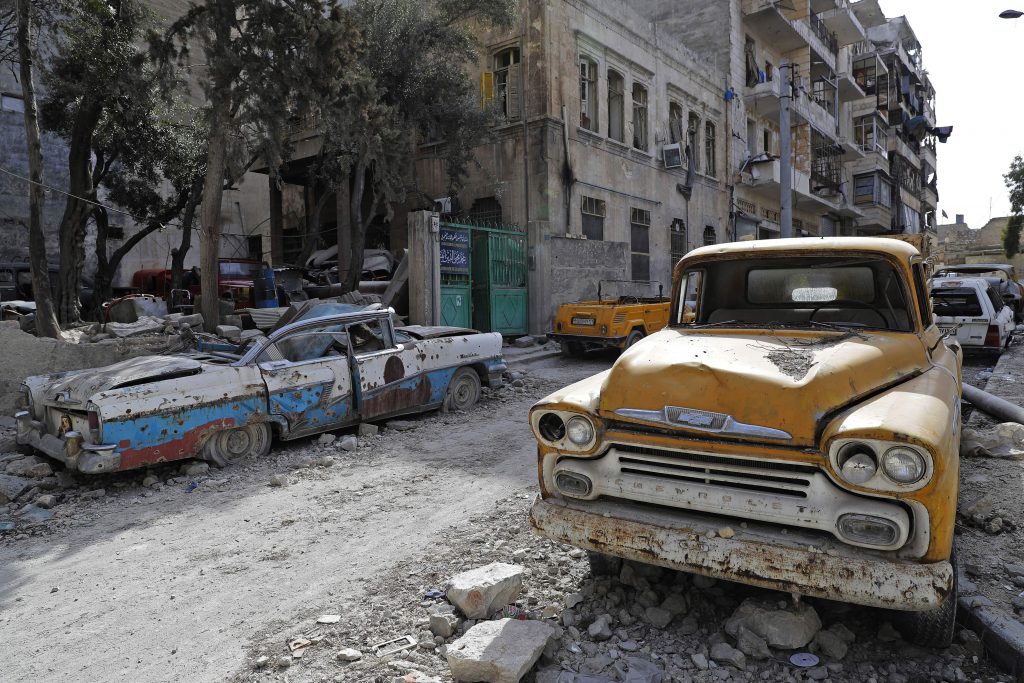 A 1958 Chevrolet Apache truck is parked in rubble from the fighting in Aleppo, Syria. Photo by Joseph Eid/AFP/Getty Images

Anis and his prized cars were first featured in a 2016 video by Karam al-Masri of the Agence France-Presse:

A team from AFP, including Eid, a correspondent and videographer, went back to find the man earlier this month. The once rebel-held city had taken a beating when government forces regained control last year. The remaining Aleppo residents, all of whom seemed to know Anis, directed the team to his house — or what was left of it.

When Anis came to the door, Eid said he felt moved by the man’s advanced age and determination. 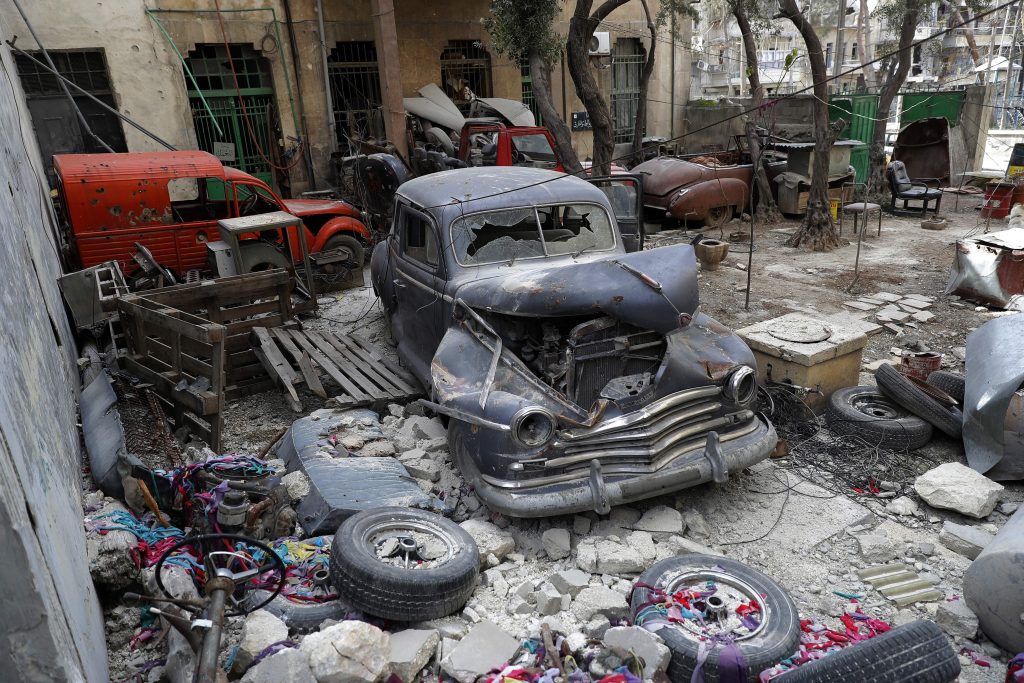 A 1947 Plymouth is parked in Mohammed Mohiedin Anis’ garden, which holds other spare parts for his collection of cars. Photo by Joseph Eid/AFP/Getty Images

“We didn’t think an old man like him would survive all that happened, especially in the last few weeks of the battle of Aleppo,” Eid said. The man greeted the reporters like old friends and took them into his garden, crammed with spare car parts for his beloved cars.

The cars that line the block are now shattered remnants of their former selves. The upper level of Anis’ home is similarly demolished, but amid the debris is another lifeline – a manual gramophone which operates without electricity. 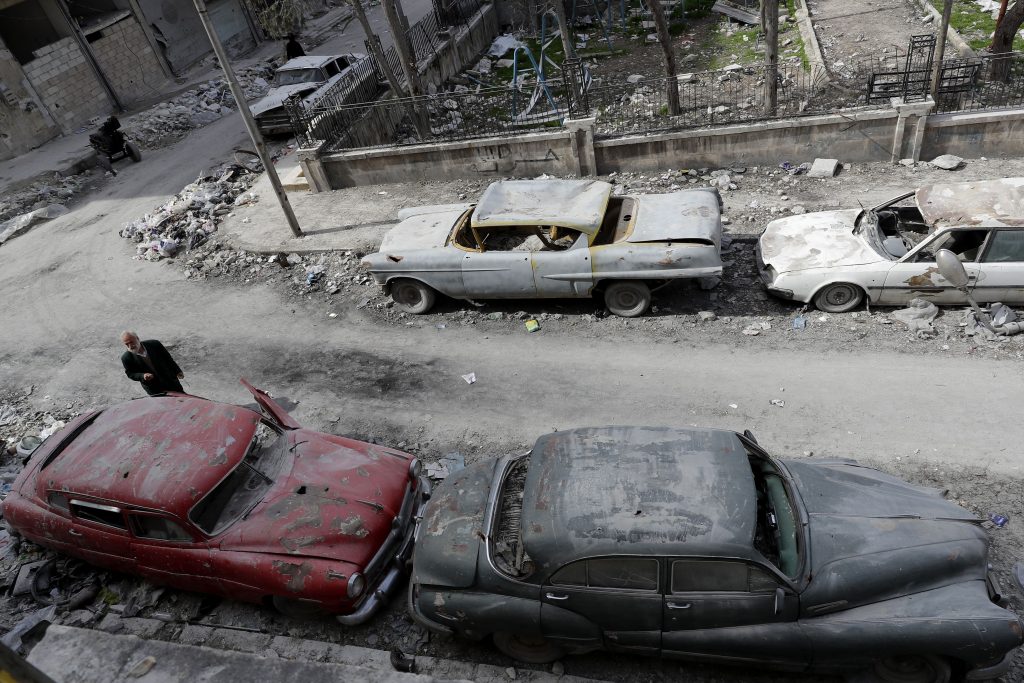 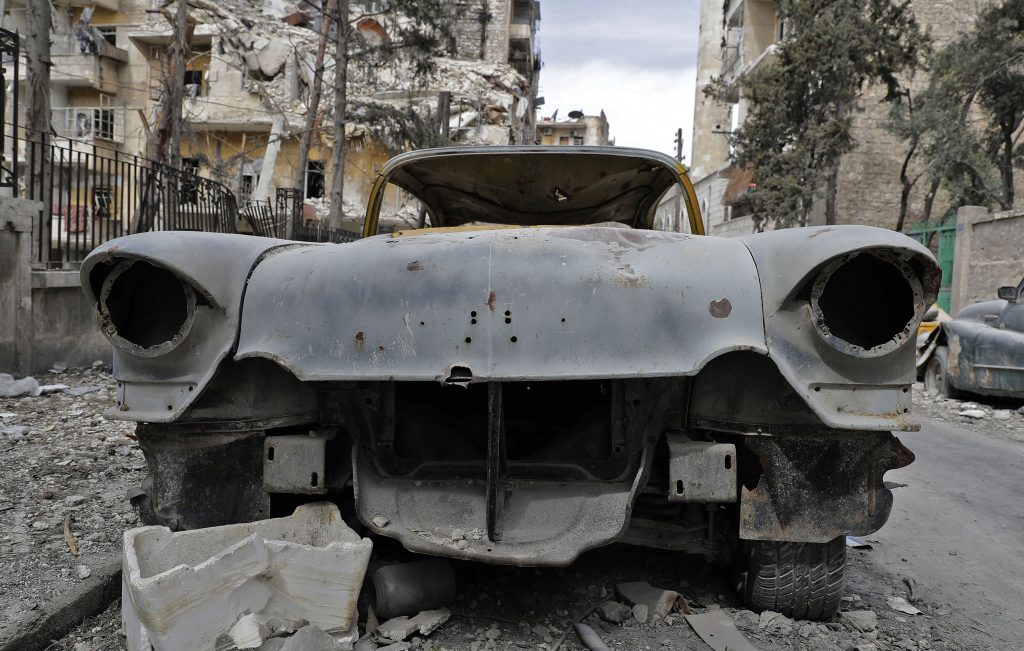 Anis likes his music like his cars: 1950s golden oldies. When asked if the old gramophone still worked, he put on one of his favorite recordings of Syrian singer Mohamed Dia al-Din. But not before retrieving his scotch-taped pipe. “I cannot listen to my music without smoking my pipe,” he told the reporting team.

Anis crossed his legs and entered a meditative state, Eid said. “He forgot about us for a while. When I saw that, I told the others to leave. I took the pictures from the entrance of the room.” 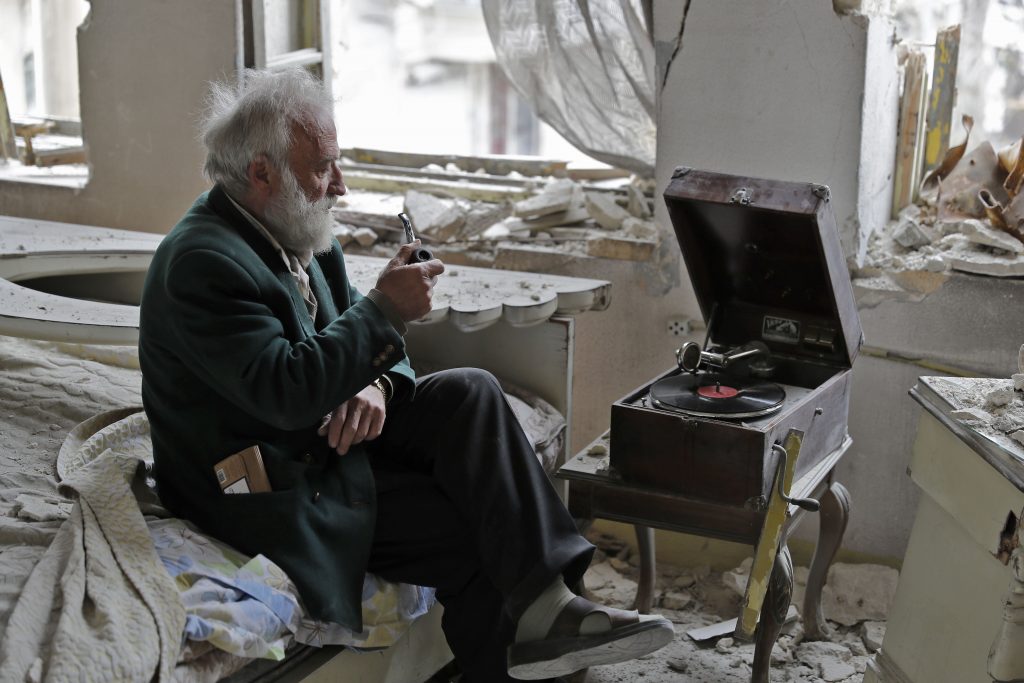 It took several moments for the man to awake from his reverie.

He was intent on returning everything to what it once was.

“‘I can start back from zero. I’m willing to rebuild my house, factory and cars,’” he told them, Eid recalled. “‘Nothing will break me or take me down or force me to surrender. Keep your spirits high no matter what.’”

Eid said he left the house feeling elated. AFP may visit the man again in another year to see how he’s doing. “I’ll make sure to tell him what an inspiration he has been to thousands of people.” 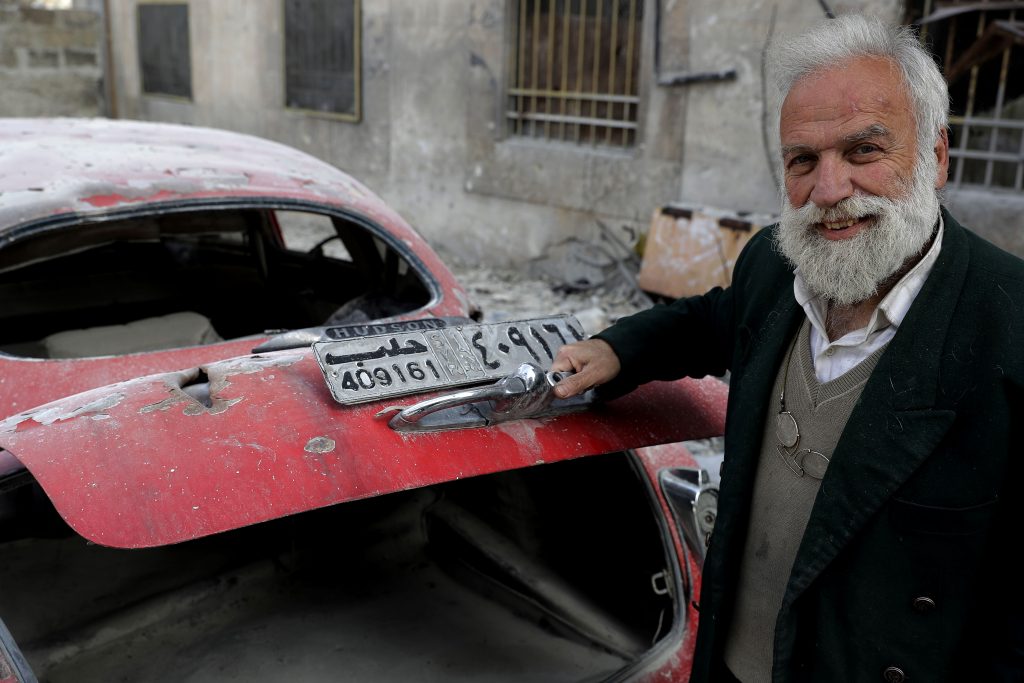 Despite the destruction all around him, Mohammed Mohiedin Anis smiles as he opens the trunk of his 1949 Hudson Commodore. Photo by Joseph Eid/AFP/Getty Images

Left: Mohammed Mohiedin Anis, or Abu Omar, 70, smokes his pipe as he sits in his destroyed bedroom listening to music on his gramophone in Aleppo's formerly rebel-held al-Shaar neighborhood on March 9. Photo by Joseph Eid/AFP/Getty Images