In Yemen conflict, preventable diseases are a deadly side effect for children

Health workers recently fanned across Yemen to vaccinate millions of children against polio, one of the disease risks in a country immersed in conflict.

In Yemen, forces loyal to the internationally backed Yemeni government are battling Houthi rebels and their supporters. The conflict is making the already poor country even more vulnerable to infectious diseases with overcrowding in areas and breakdowns in the health system.

“In the last two years, more children have died from preventable diseases than those killed in the violence,” said UNICEF Representative in Yemen Meritxell Relano.

READ MORE: ‘I have never seen such destruction’ as in Yemen: aid worker

In February, the World Health Organization, working with local and religious officials, launched a campaign to vaccinate 5 million children under 5 to prevent polio from re-emerging. For the most part, Yemen has been free of polio since 2009 but has reported a handful of cases in 2011, 2012 and 2013. The disease can cause irreversible paralysis. 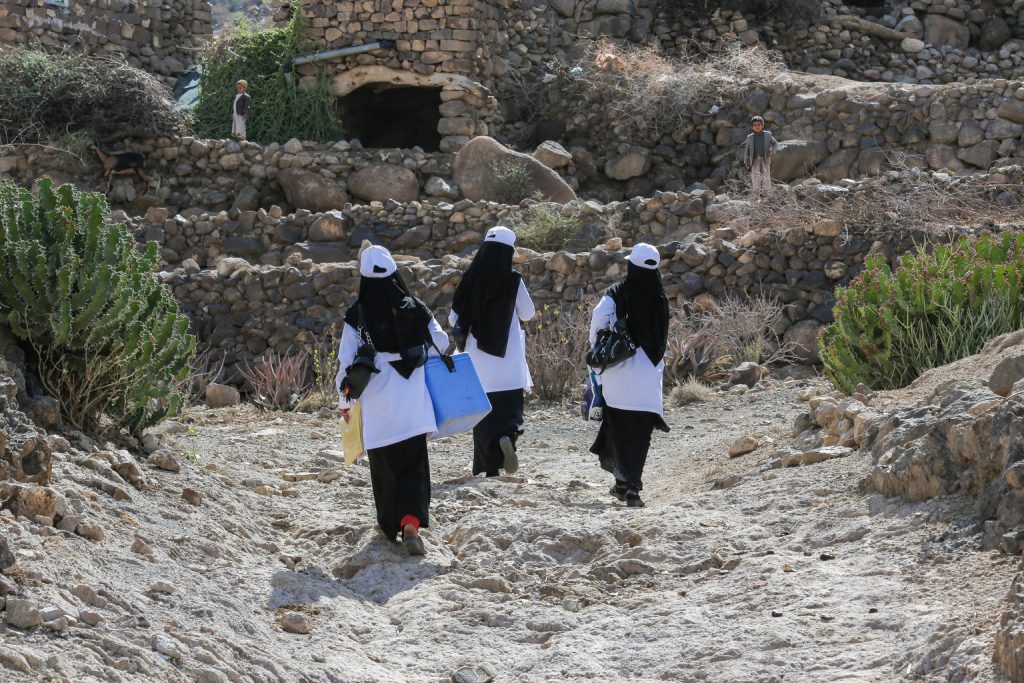 Health workers and volunteers delivered polio vaccines to the remote village of Bani Mansour, Alhaymah, in Yemen on Feb. 17. Photo by Al-Zikri/UNICEF

About 40,000 people deployed across the country, including areas on the front lines, to administer the polio vaccinations. They completed their work last month.

In the mountainous, rocky areas where vehicles couldn’t reach, health workers used donkeys, which carried containers of vaccines and small generators to keep them cold on their backs. 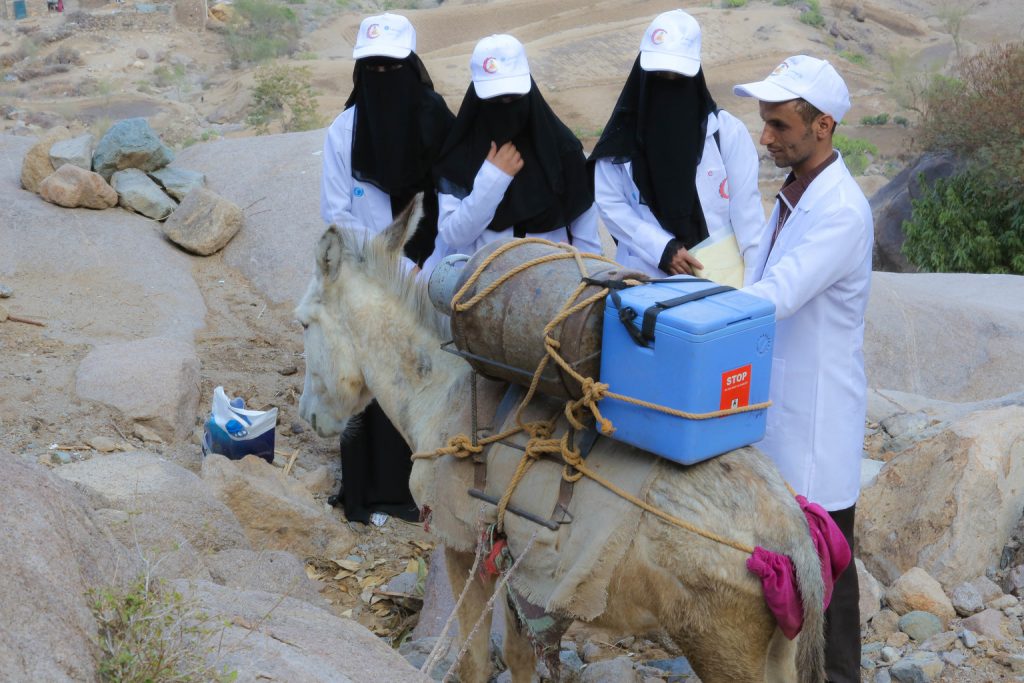 In remote areas, donkeys carried the vaccines on their backs. Photo by Al-Zikri/UNICEF

The fighting in Yemen has displaced about 3 million people since the conflict began in March 2015, according to U.N. estimates.

The International Organization for Migration on Tuesday called Yemen “the world’s largest humanitarian crisis” with more than 18 million people in need of humanitarian or protection assistance. 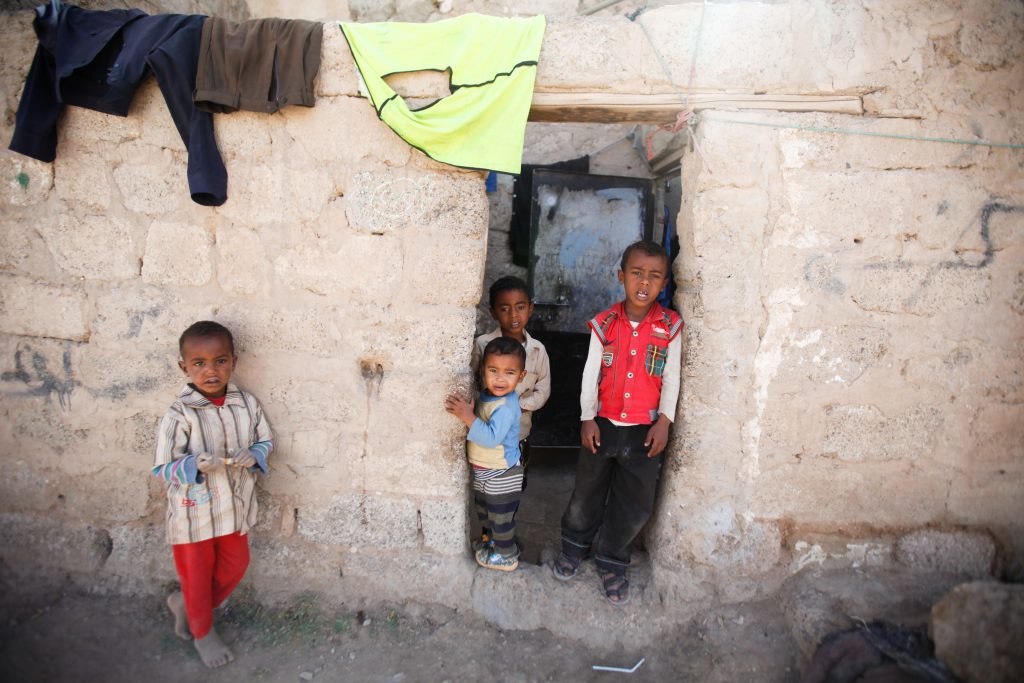 Children wait their turn to be vaccinated in Sanaa. The fighting in Yemen has made them more susceptible to infectious diseases because of lack of food, clean water and health care. Photo by Khaled Abdullah/Reuters 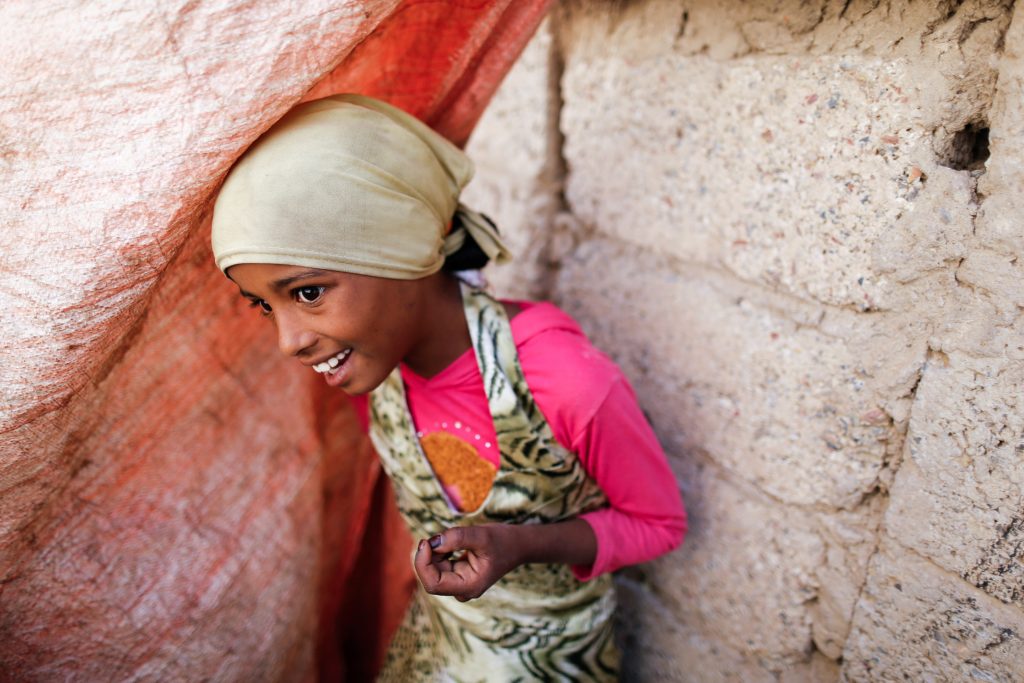 A girl peeks from the door of her house during a house-to-house vaccination campaign in Sanaa, Yemen on Feb. 20. Photo by Khaled Abdullah/Reuters 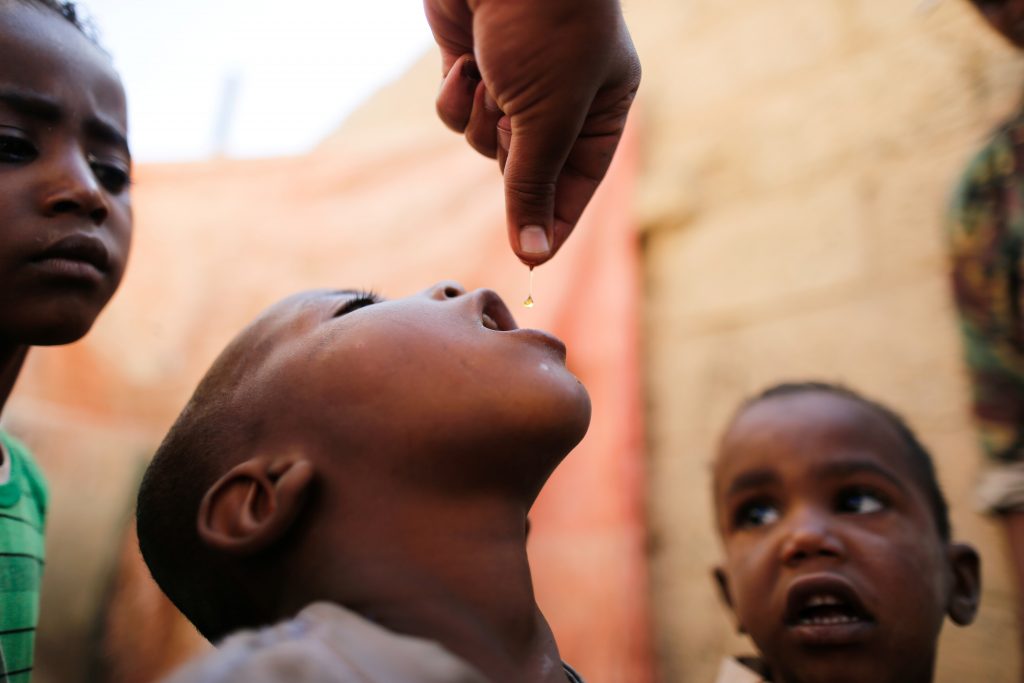 About 5 million children under age 5 were vaccinated against polio in the World Health Organization’s latest campaign. Photo by Khaled Abdullah/Reuters 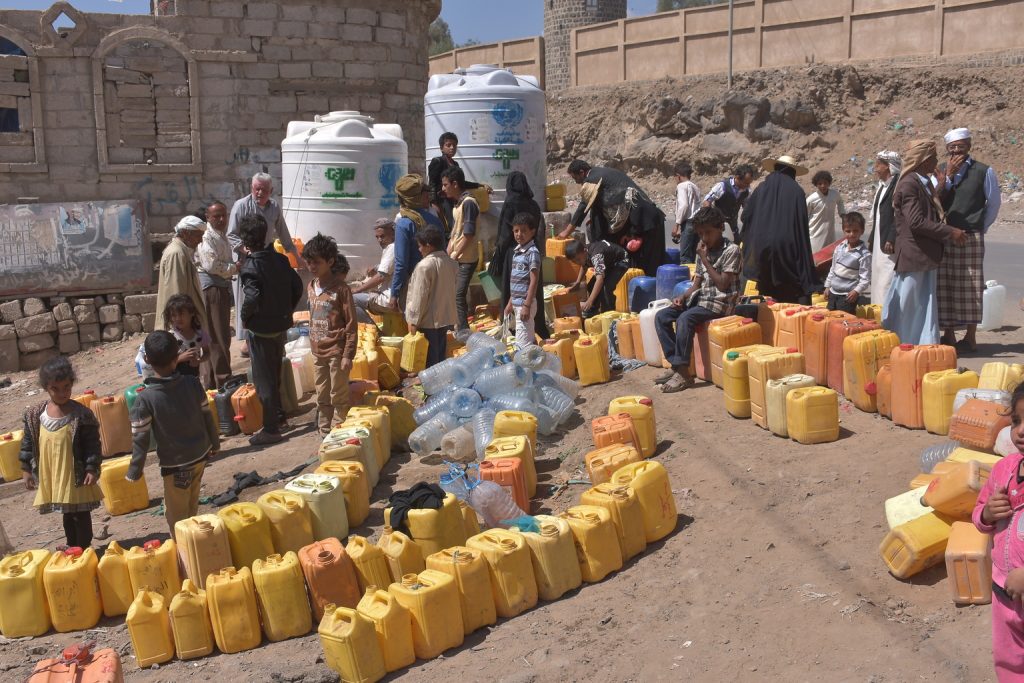 People line up to fill canisters with water from a tank provided by UNICEF in Sanaa, Yemen on March 5. Some 14.5 million people in Yemen have no access to safe drinking water. Photo by Algabal/UNICEF