Inside a Madrassa in Pakistan

KARACHI, Pakistan | The Jamia Binoria Madrassa in downtown Karachi is considered one of Pakistan’s more moderate Islamic institutions. Within these whitewashed concrete walls, students receive a mixture of secular and religious education.

Courses include in-depth Quranic teachings, math, social science and the languages of English, Arabic and Urdu.

A set of rules encourages good behavior among students and bans shaving, smoking and all intoxicants for male students. Female students, age 12 to their 20s, can’t wear makeup or jewelry, but head scarves are mandatory. For both groups, no political affiliation or other kinds of teachings outside of the school are allowed. 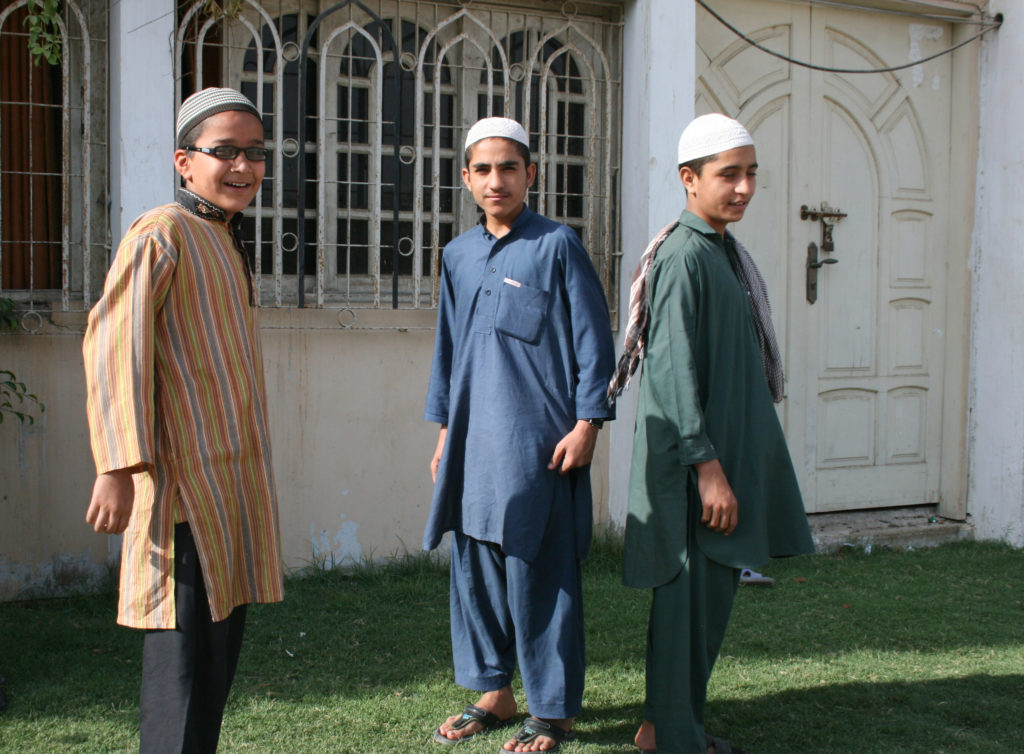 Students are in their pre-teens to their 20s. Photo by Larisa Epatko

Female students are taught and housed separately with all-female teachers and staff. The girls at the school are not allowed to have their picture taken. The Quran says women should protect themselves, and this is interpreted in different ways that can include wearing full-face veils or the photography restriction.

Principal Mufti Naim, who monitors classes from television screens in his office, said discussing politics is banned in the classroom. “If a teacher or student talks about politics then we dismiss them,” he said through a translator.

Discussing the United States is forbidden as well, said Naim. In other schools, where it is permitted, it leads to problems, he said. 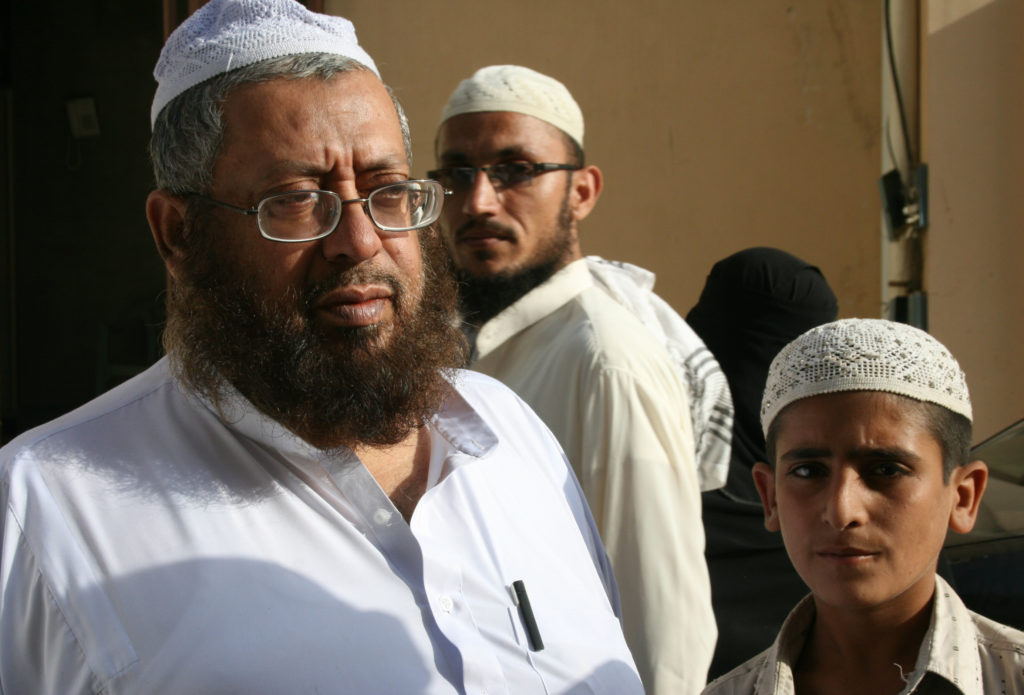 Principal Mufti Naim (left) says most madrassas in Pakistan have nothing to do with extremism. Photo by Larisa Epatko

There is a high demand for teachers of the Islamic religion to go to the United States, and Jamia Binoria has sent more than 100 so far, Naim said.

A group of U.S. journalists who recently visited the school spoke to some pre-selected students, including two who wanted to become teachers.

One of them was Fathimah Irfan, 16. Before arriving at the madrassa two years ago, Irfan attended an Islamic school in the Queens area of New York City, where her parents still live. Her interest in going to school in a Muslim country was piqued at an early age by hearing about Muslims in the news.

“I wanted to know what’s going on in our religion,” she said. “In the world, we’re getting blamed for all this stuff, so I was like, why not just go there and actually know what the culture is and the religion.”

She heard about Jamia Binoria from a friend and decided to attend, too.

When asked how she responds to people who think she’s learning a jihadist philosophy, Irfan said: “You have to go back down on the level of what they’re thinking — and what we used to think! So we’re like, no that’s really not what we’re learning. We’re learning more about the Quran than anything else. We’re learning Urdu language. Anybody can see what’s going on over here. What do you expect? We’re girls, we’re not going to be learning about that kind of stuff.”

And if the boys were learning about violence, she said she likely would have heard about it by now.

Students rock back and forth as they recite the Quran. Video by Larisa Epatko

Naim said 95 percent of madrassas in Pakistan have nothing to do with extremism and jihadist teaching, but people outside of Pakistan tend to mistake that 5 percent for everyone. “That’s the media’s fault,” he said.

“Next to the Afghan border, there are some madrassas fighting jihad with foreign forces, and we have nothing to do with them,” he said. “In that tribal area, it’s not only madrassas involved in jihad. Everyone is involved in jihad, even older people.” 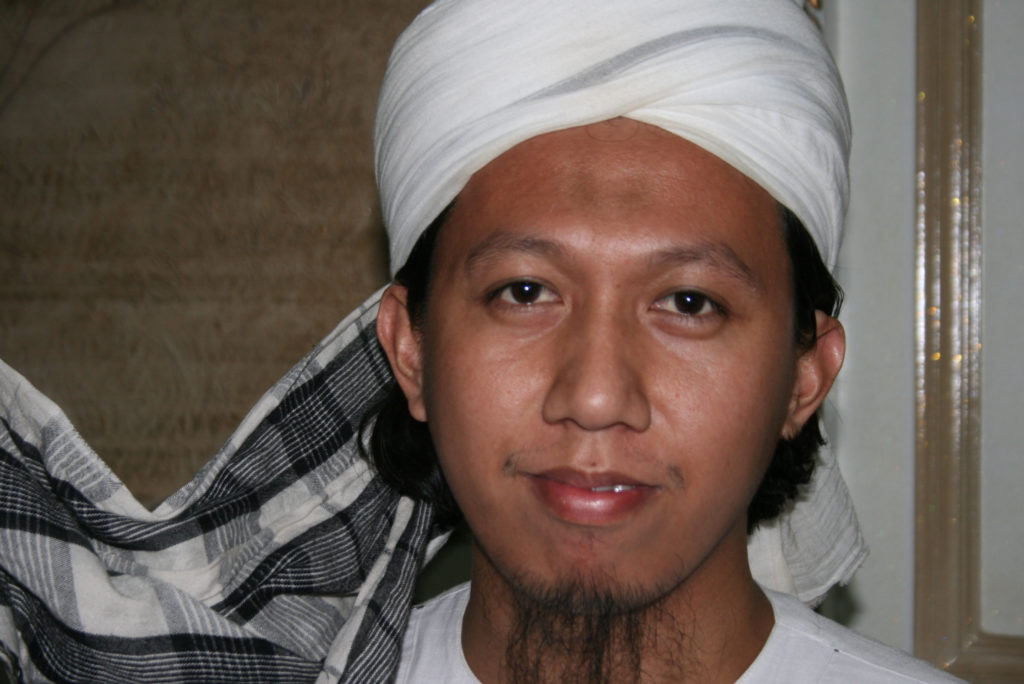 “The meaning of Islam is peace,” said Muhammed Syarone, a 28-year-old student from Kazakhstan. “Some of the Muslims have the wrong perception of that.” He said he wants to become a teacher to correct it.

Irfan said learning Arabic helped deepen her understanding of the Quran. “When you’re thinking of all the stories behind each line, it’s so beautiful. …. It just feels like everything was made for you.” 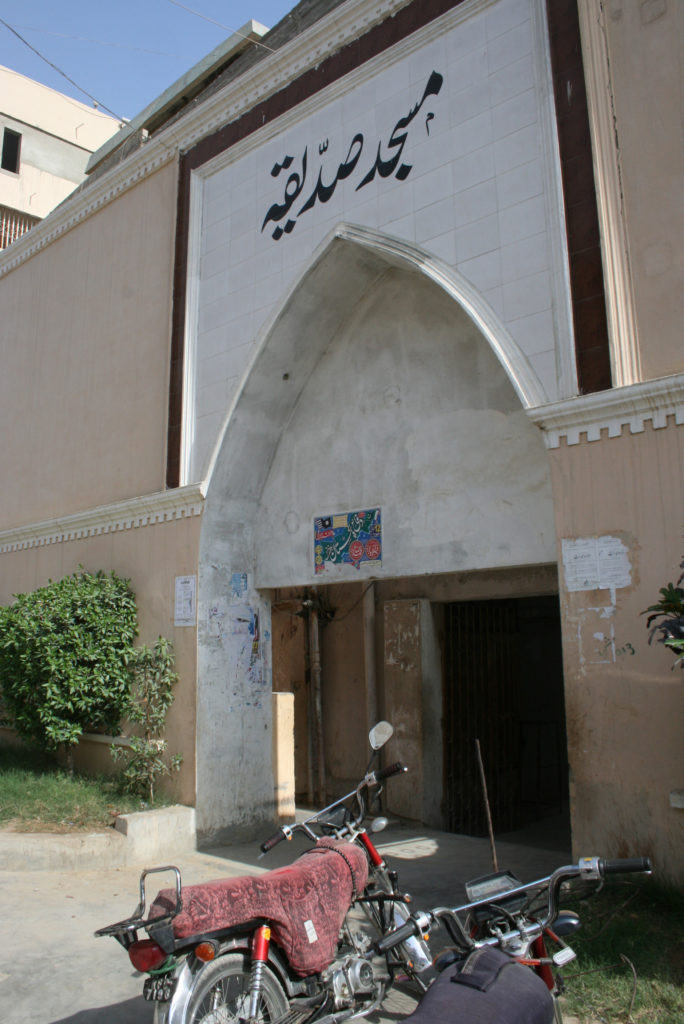 Discussing politics and the United States is prohibited at the Jamia Binoria Madrassa. Photo by Larisa Epatko 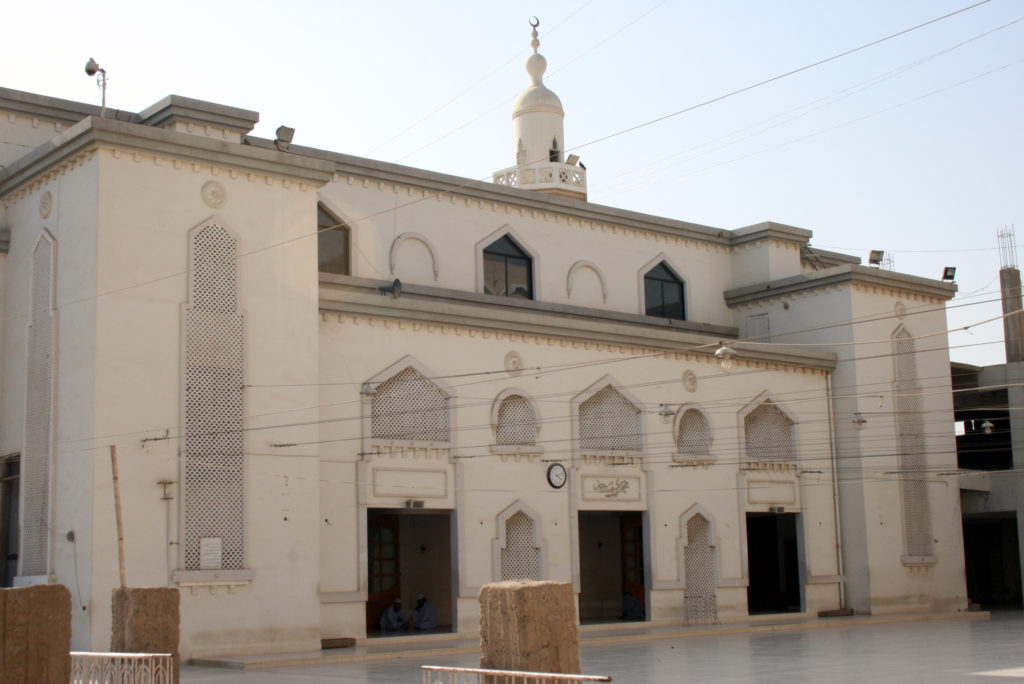 Mosque on the grounds of the Jamia Binoria Madrassa in Karachi. Photo by Larisa Epatko 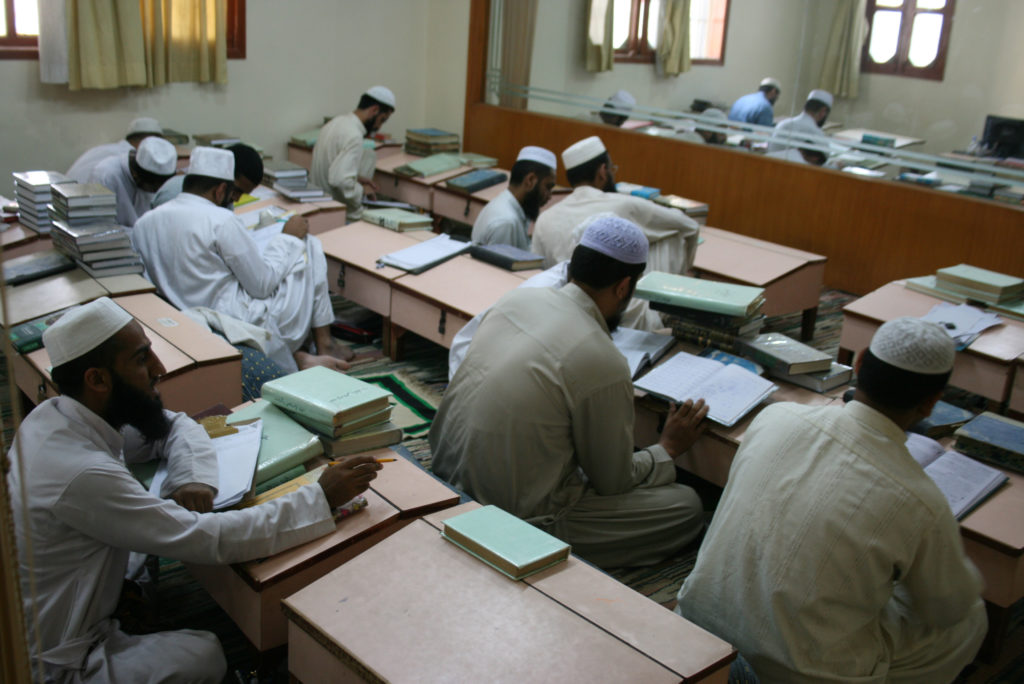 The madrassa offers in-depth study of the Quran. Photo by Larisa Epatko 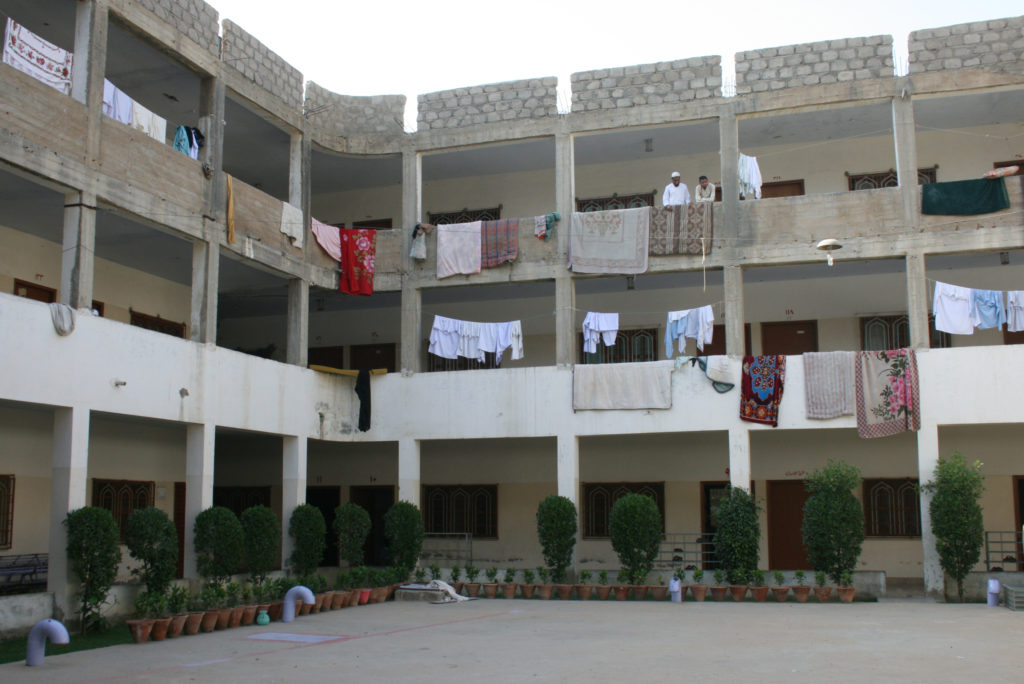 Male and female students are housed and taught separately. Photo by Larisa Epatko 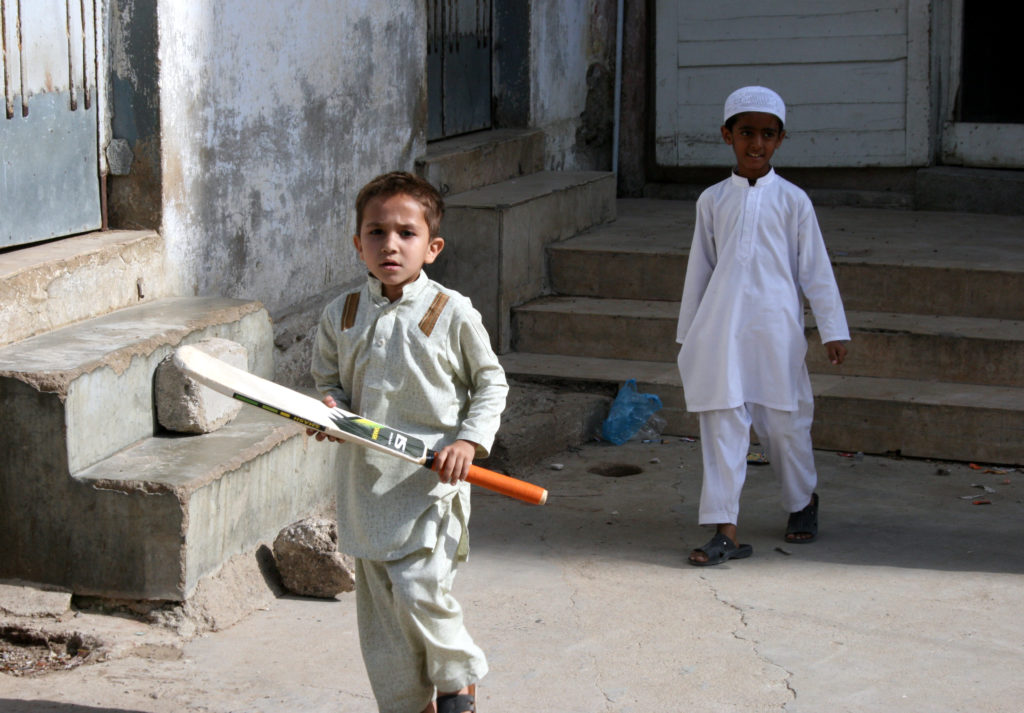 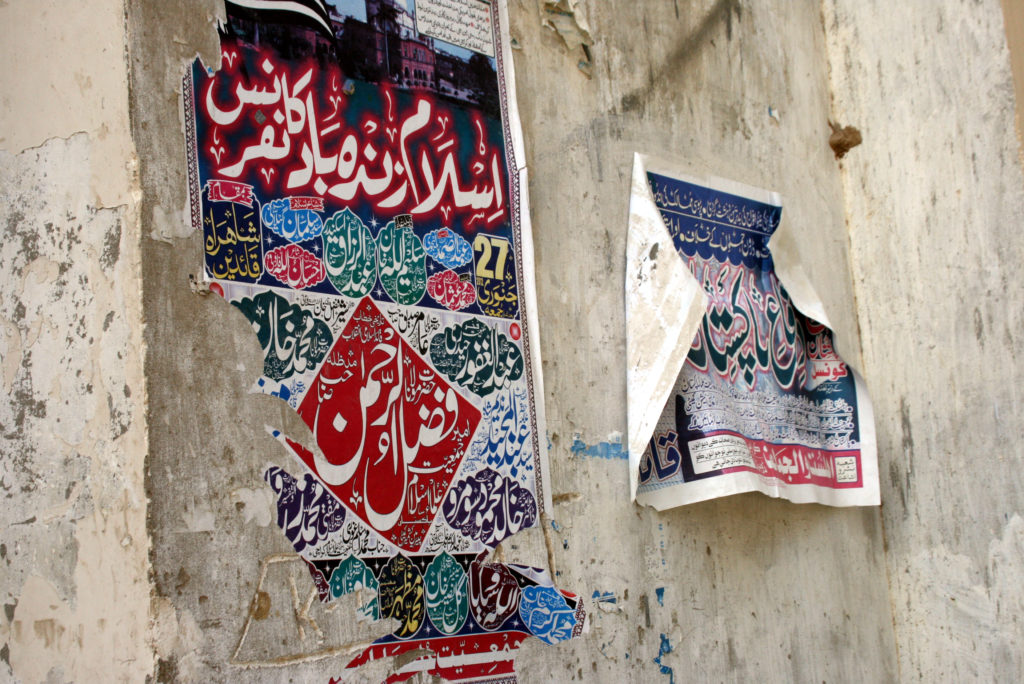 The meaning of Islam is peace, say students at the school. Photo by Larisa Epatko

Larisa Epatko participated in a Pakistan-U.S. journalists exchange program operated by the East-West Center. Read her series of online reports.

Left: Boys at the Jamia Binoria Madrassa in Karachi recite the Quran. Photo by Larisa Epatko