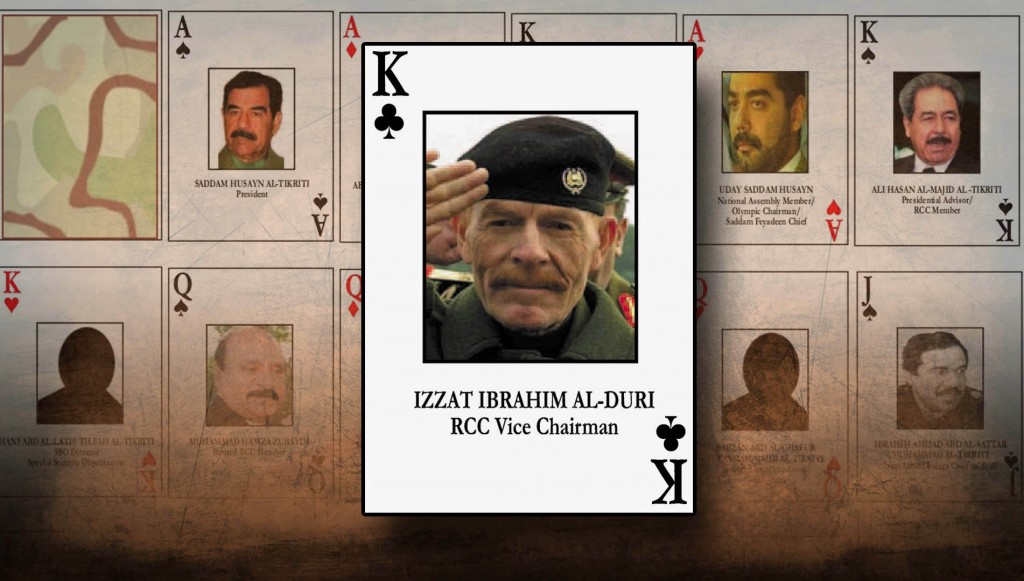 Al-Douri was reported captured and killed several times before, but this time the Iraqi government showed graphic photos of the corpse. The distinguishing characteristic of his mustache could be seen in the photos.

Al-Douri’s face was on the “king of clubs” in the deck of playing cards picturing sought-after fugitives issued by the Defense Intelligence Agency at the start of the Iraq war in 2003. He was the No. 2 man in the Baathist regime and disappeared after the U.S. invasion began.