A coordinated double attack in Iran on Wednesday left 12 people dead and wounded dozens, according to state media. The Islamic State group claimed responsibility on its website. If true, it would be the first major attack by the terrorist group in Iran.

Attackers armed with pistols and assault rifles stormed the Iranian parliament building in the capital Tehran Wednesday morning as people scrambled to escape, some through windows. A session of parliament was in progress at the time. Lawmakers took cover in the locked chamber during the siege.

The same morning, more assailants struck the mausoleum for Islamic Republic founder Ayatollah Khomeini in southern Tehran. At least one attacker detonated a suicide vest, according to state broadcaster Irib. Khomeini led the 1979 Islamic revolution that removed the Western-backed shah and was the country’s first supreme leader. 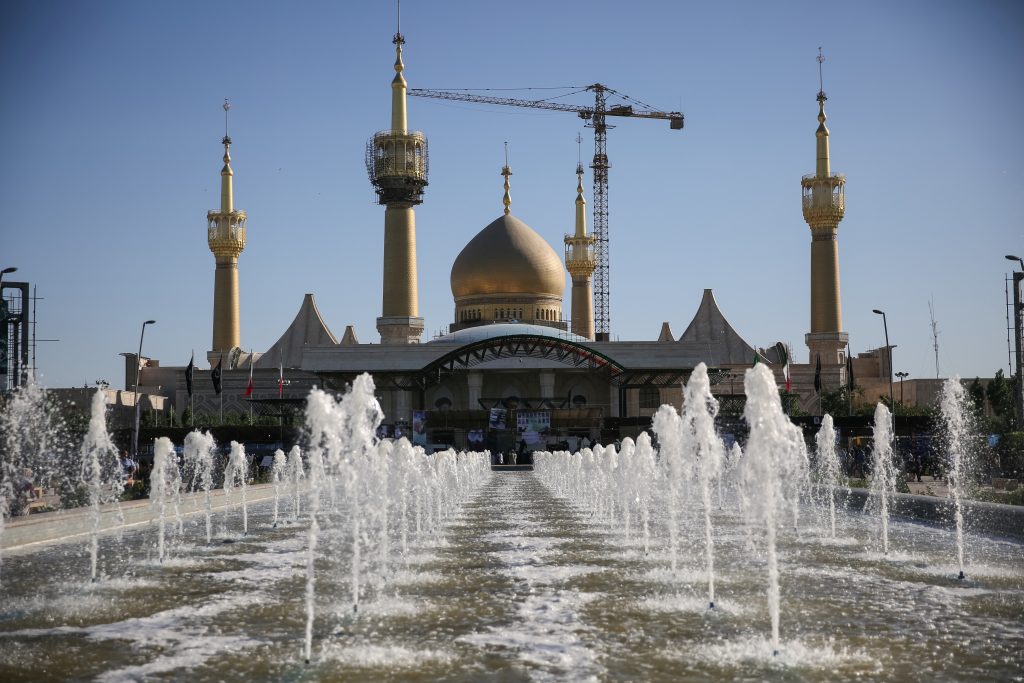 File photo from Reuters shows the mausoleum of the founder of the Islamic Republic Ayatollah Ruhollah Khomeini.

The sieges ended with four of the attackers dead. Later in the day, Iran’s ISNA news agency reported that police in Tehran arrested five suspects, according to Reuters.

Iran is fighting Islamic State militants in Syria and Iraq. The last major attack in Iran, which is majority Shiite, was in 2010 when Sunni extremists bombed a mosque in the Sistan-Baluchestan province.

The militant group’s Aamaq news agency released a video purporting to show the inside of the parliament with a body lying on the floor. A voice says in Arabic, “Do you think we will leave? We will remain, God willing.”

President Donald Trump offered the following statement: “We grieve and pray for the innocent victims of the terrorist attacks in Iran, and for the Iranian people, who are going through such challenging times.  We underscore that states that sponsor terrorism risk falling victim to the evil they promote.”

Charlie Winter, a senior research fellow at the London-based International Center for the Study of Radicalization and Political Violence, discusses the strike on Iran and how it could impact the fragile region.

Left: A boy is evacuated during an attack on the Iranian parliament in central Tehran on June 7. Photo by Omid Vahabzadeh/TIMA via Reuters